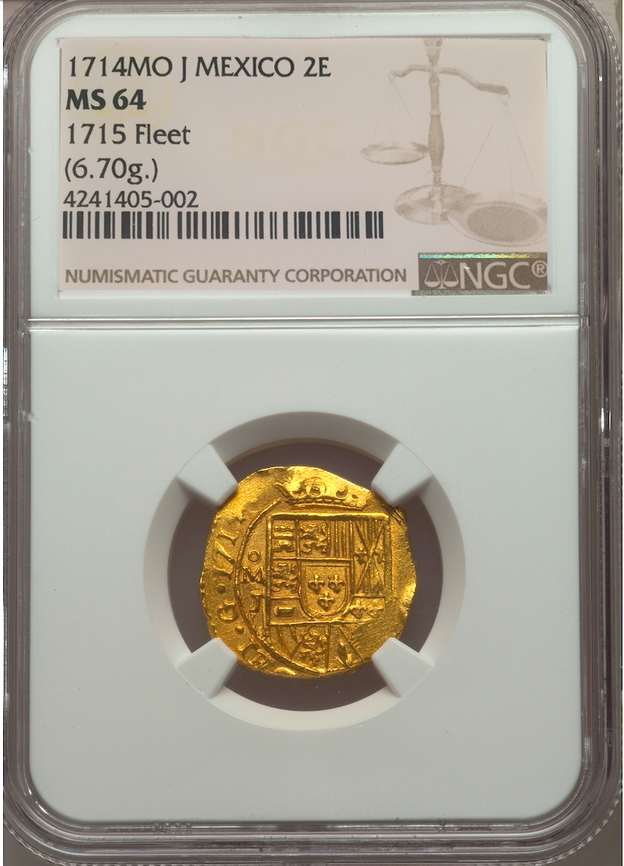 Click above image to view in eBay store
MEXICO 2 ESCUDOS 1714 "1715 PLATE FLEET SHIPWRECK" NGC 64!
This 1715 FLEET Gold Doubloon is very special, it's very RARE to find one with "ALL 4 Digits!"  Especially completely Legible!  The SHIELD is 98% complete and very well struck.  The CROWN is present and detailed, as well as the full MINT & Assayer (oMJ = Mexico / Jose De Leon (brother to Manual who served before him).   Actually Jose was injured (falling off ladder) he passed his position onto his son (Jose).  The Legend on the Obverse displays the "DEI.G. 1714"  by the "Grace of God 1714."    The Reverse is incredible!!! The CROSS is not only perfectly Centered, but the strike is so deep and looks as if was just struck and the Gold is still wet.  The Tressure is complete and strongly struck!  Just an amazing coin and in an elite group of complete "4 DIGIT DATE!"
The 1715 Treasure Fleet was a Spanish treasure fleet returning from the New World to Spain. In the evening of July 30, 1715 , seven days after departing from Havana, Cuba, 11 of the 12 ships of this fleet were lost in a hurricane near present day Vero Beach, Florida. Because the fleet was carrying silver, it is also known as the 1715 Plate Fleet (plata being the Spanish word for silver plate). Some artifacts and even coins still wash up on Florida beaches from time to time. Around 1,000 sailors perished while a small number survived on lifeboats. Many ships, including pirates, took part in the initial salvage. Initially a privateer, Henry Jennings was first accused of piracy for attacking such salvage ships and claiming their salvages. Thus, earning this coinage the name of “Pirate’s Gold!” 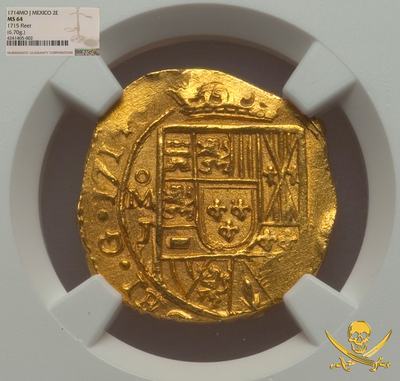 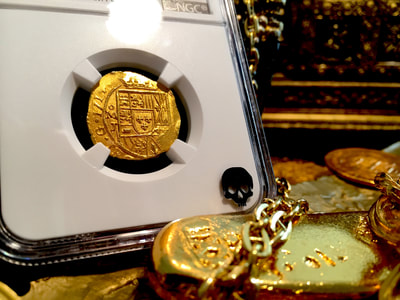 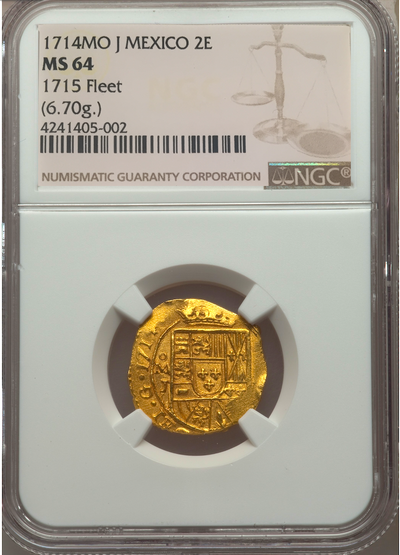 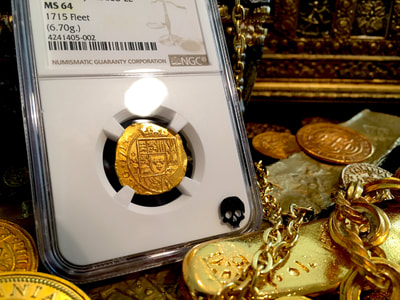 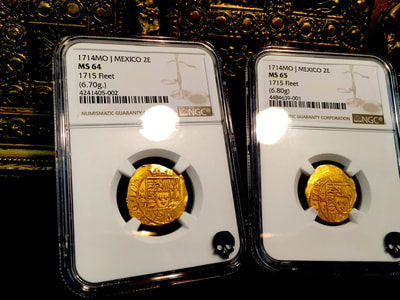 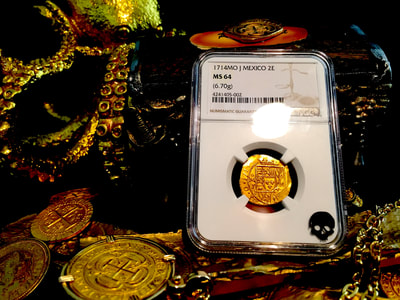 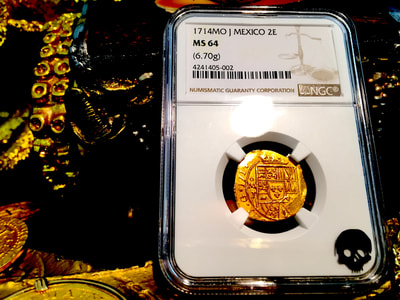 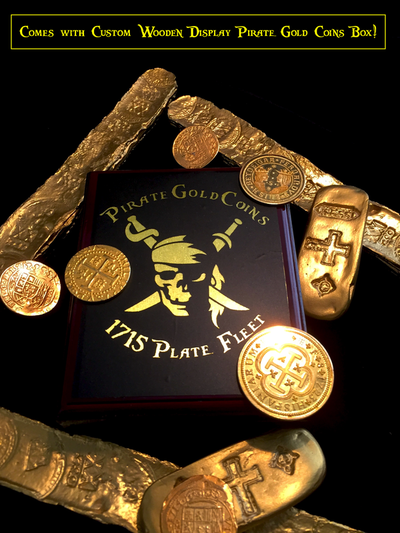 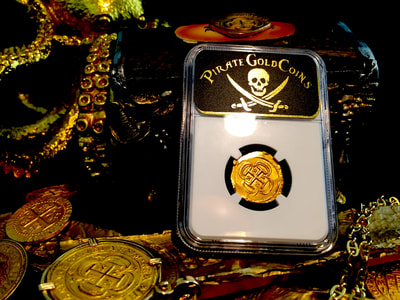 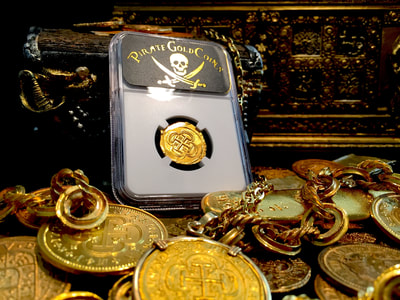 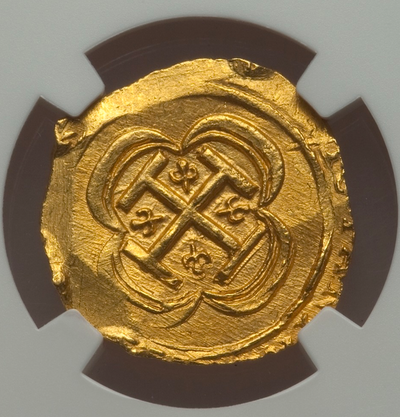 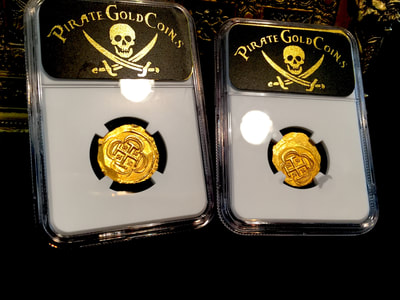 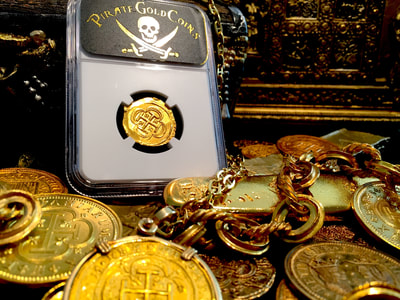 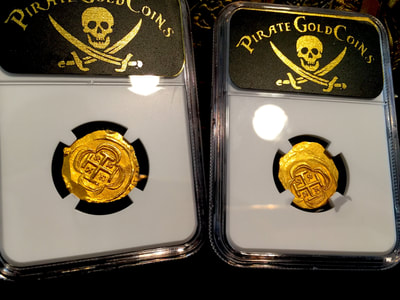 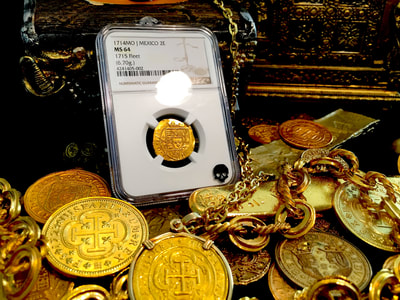 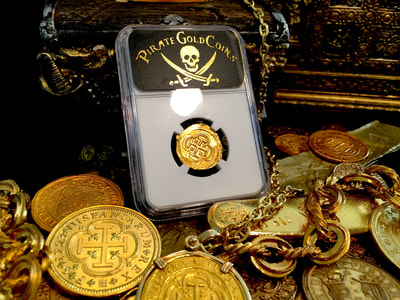 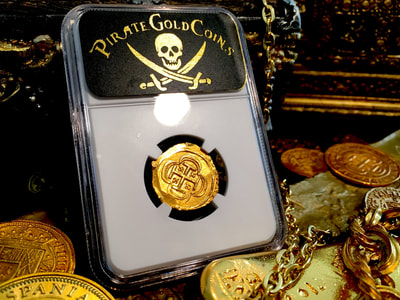 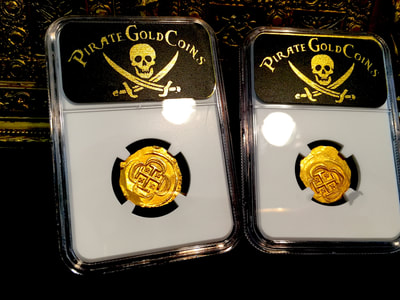