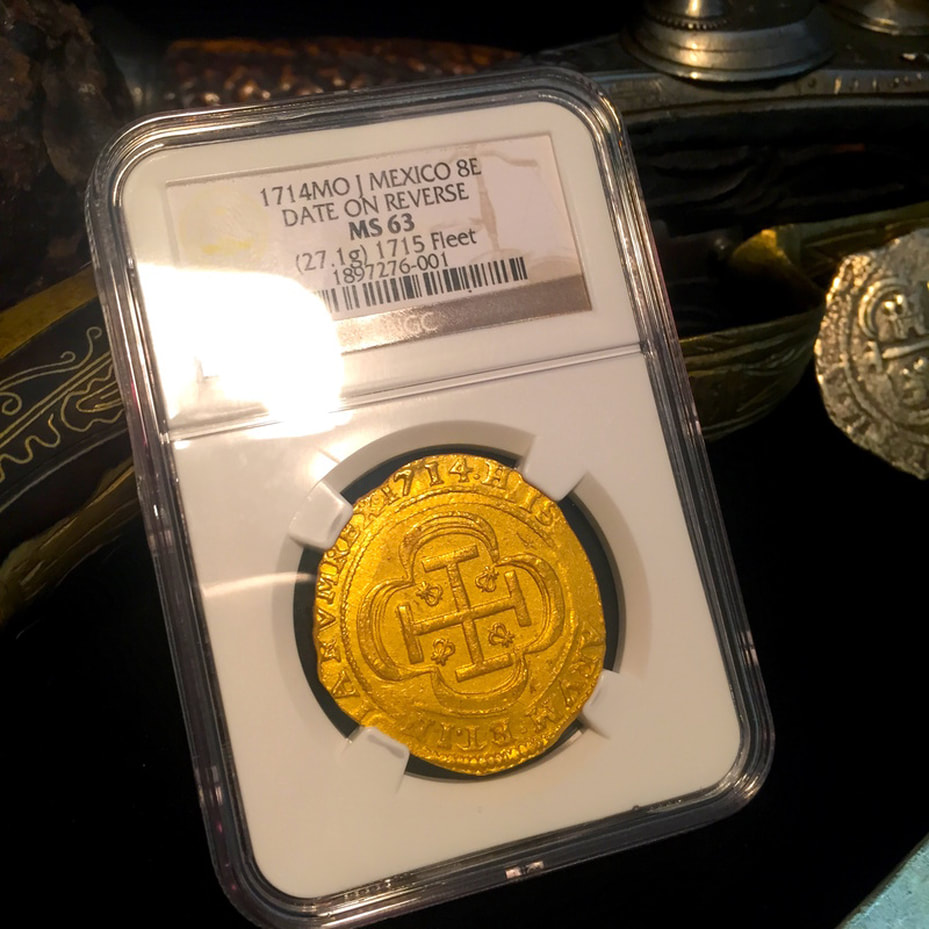 This Gold Doubloon is the FINEST KNOWN of ONLY 9 pieces Certified!  These very rare pieces and were struck very similar to the famed “ROYALS.”  ONLY 8 ESCUDOS DATED 1714 are SOMETIMES “4 DIGIT DATED on REVERSE AT 12 O'CLOCK" allowing "DEI G." to be extended to "DEI GRAT."!  Also, these were only struck in the first few months of 1714, accounting for the Rarity!  This is the ONLY piece (see comps below) that we’ve been able to find through our research that contains 100% of 3 important characteristics:  FULL CROWN, FULL DATE and FULL KING’s NAME.  What’s most aesthetically luring about this piece of Sunken Treasure is the color of the GOLD…. Almost un-describably brilliant, such a deep luster, the brightest GOLD I’ve ever seen (attesting to it’s high carat content), literally shines like pure 24 kt Gold!  It’s an honor to bring this “Presentation Piece” to the open market for all to enjoy!
​
COMPARABLES:

We have found 4 other pieces in all our research, these photos also attached to this listing.  The FIRST piece was sold in JAN. 2009 (almost 7 years ago) in an auction, it SOLD for $23,000 approx. with the buyer’s fee and was listed as Choice EXTREMELY FINE (in grade) it has encrustrations scattered throughout, good centering, but only approx. 50% of the date is visible (bottom half), also the KING’s name is approx. 70% missing as well.  The surfaces are reflective of the encrustation and sandwashing (rough surfaces), but is well centered and is a Very nice Doubloon as well. * Interestingly, this exact piece was in the same auction, back in 1972, one lot before the piece we are featuring here (lot #484).

The Third piece was sold back in  Jan. 2014  in auction as is of the same variety but Damaged as noted on PCGS holder (H2o Damage), but is listed as Unc details.  It’s lacking the King’s name entirely, the Crown is above average but cut off at the top, as all others are that we’ve seen. The date is better than the others, but has severe edge damage as well or rim dents and of course salt water damage (as mentioned on holder. 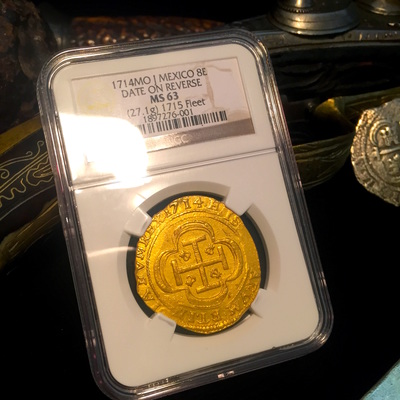 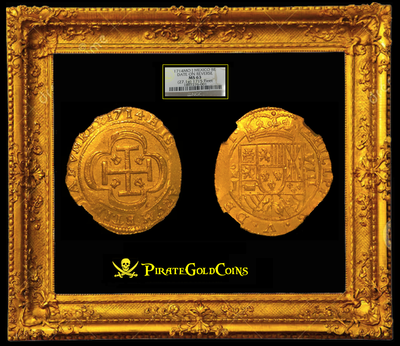 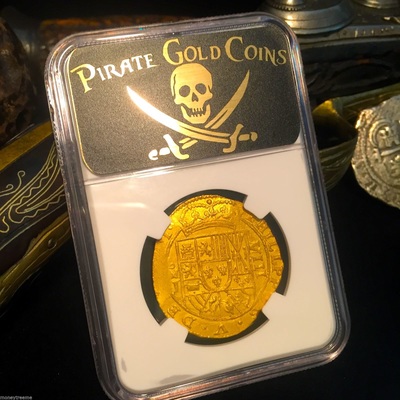 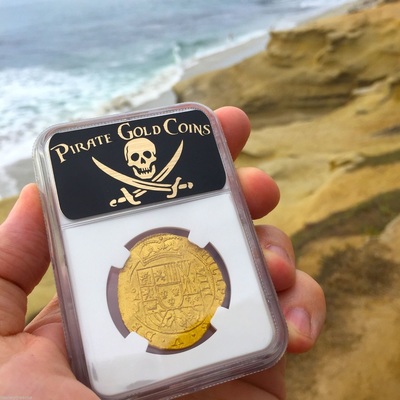 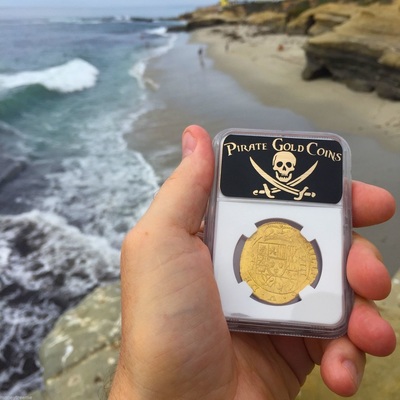 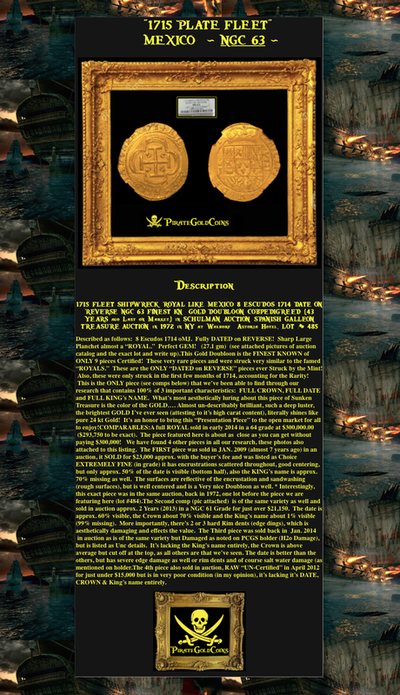 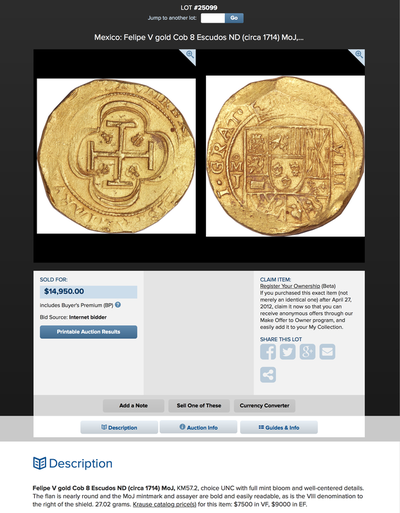 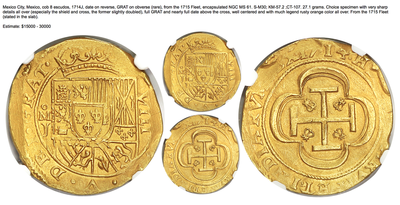 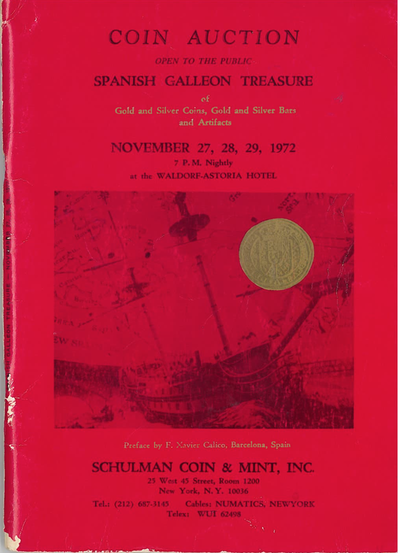 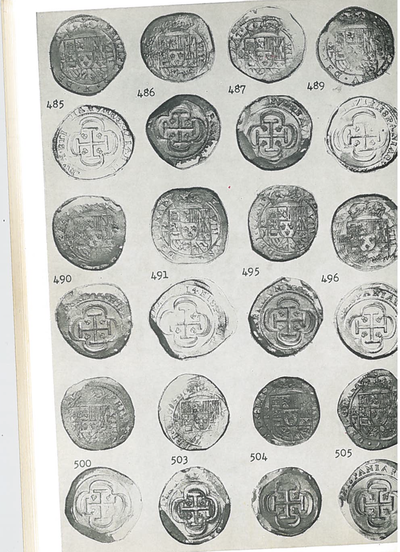 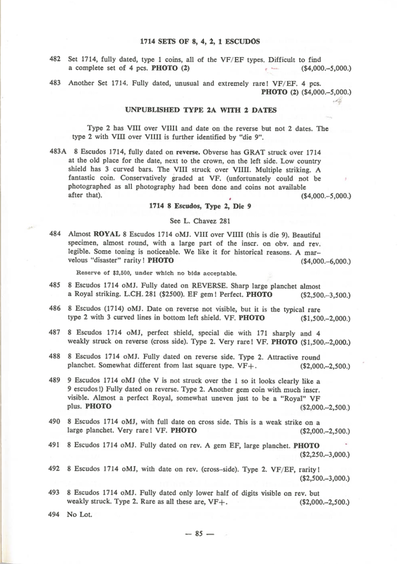 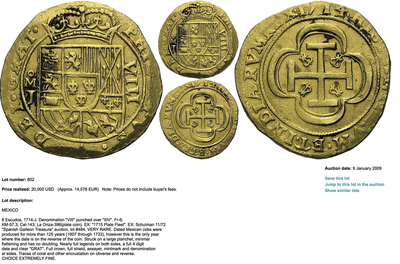 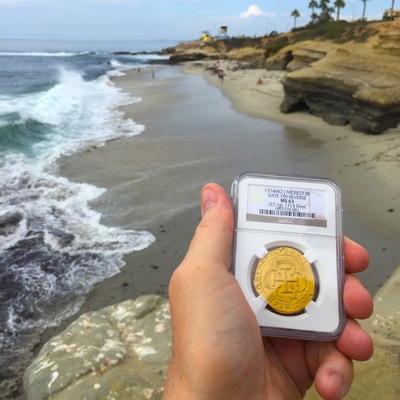