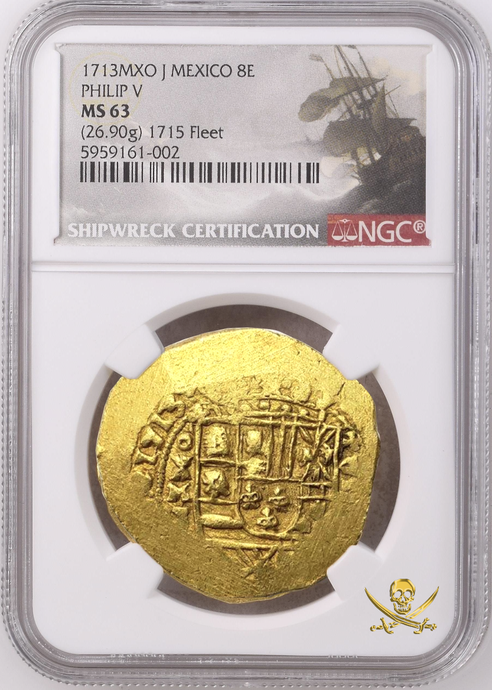 Click above image to view in eBay store
Full Date Mexico 1713 M Xo J Eight Escudos "From the 1715 Fleet Shipwreck" NGC 63! Struck on a very large 35.5mm planchet and full weight at 26.90 grams.
One year only type: Calico OMB #381, LA ONZA #390, Keith Type N
​
Obverse: Crowned Bourbon arms in the simplified one year type of 1713. The shield of Granada and the sinister castles of Castile has disappeared. The devises of Sicily and Naples and other features are very crudely engraved. One palet in the arms of Aragon, three straight bendlets for the Low Countries. Flanking the Bourbon arms are the denomination (VIII) to the right and mint mark (MXo) and the assayer's initial (J) to the left. J is for Jose Eustaquio de Leon, who became an assayer at Mexico City in 1705. In the legend above the mint mark we have the date, 1713, in four full digits.

Reverse: A large tressure surrounds a cross fieury. Four highly stylized fleurs-de-lis in the angles of the cross.
For reasons not yet fully understood, quality control went to Hell at the Mexico City mint in 1713, resulting in some of the worst hand-engraved dies and most mis-shapen planchets in the history of that mint. This full date, well struck onza is as choice as it gets, short of a royal, for 1713. It is struck on the largest gold cob planchet I have ever measured, nearly 36mm.
A spectacular and unimprovable Fleet coin for this date. Two sub-types of the 1713 onza are known. This is the rarer and better engraved variety, believe it or not, featuring a large normally positioned mint mark (MXo). The Florida State Collection has one attractive example of the high mint mark variety (FL coin #11.01254, pictured in Craig), but no choice example of this variety. Schulman's legendary "Spanish Galleon Treasures" sale in November 1972 had one attractive example of this variety at lot 288.

This 1713 Mexican onza is the famous Ward-Meylach specimen, the first fully dated Mexican onza found on the Nieves site and a coin that persuaded Kip Wagner to focus Real 8's effector in the summer of 1964 on the site that would soon yield the bonanza known as the Carpet of Gold. This onza, which Ward found in May 1965, is pictured with James Ward in January 1965 Argosy article. Capt. Marty Meylach, another important early Fleet salvor, later acquired the coin from Ward and featured it for many years in his Miami "Treasures of the Lost Galleons" exhibit.
​ 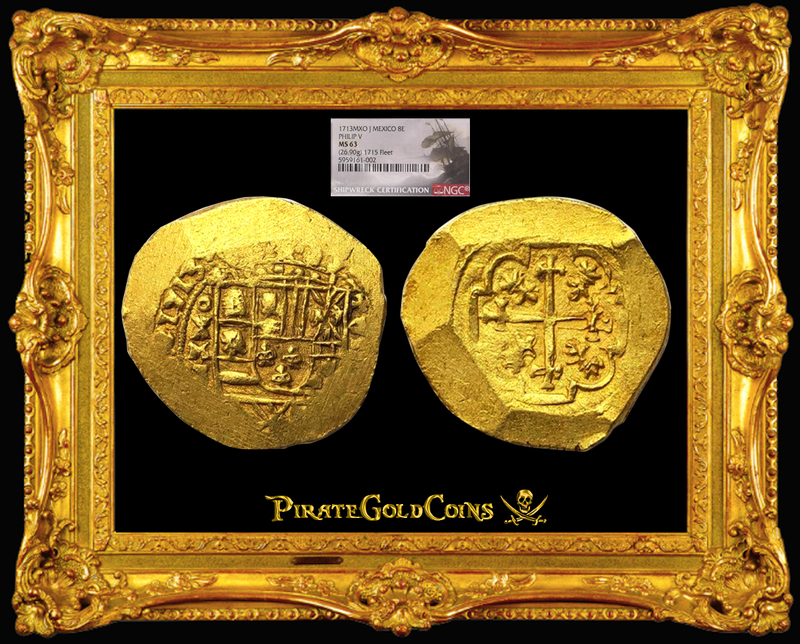 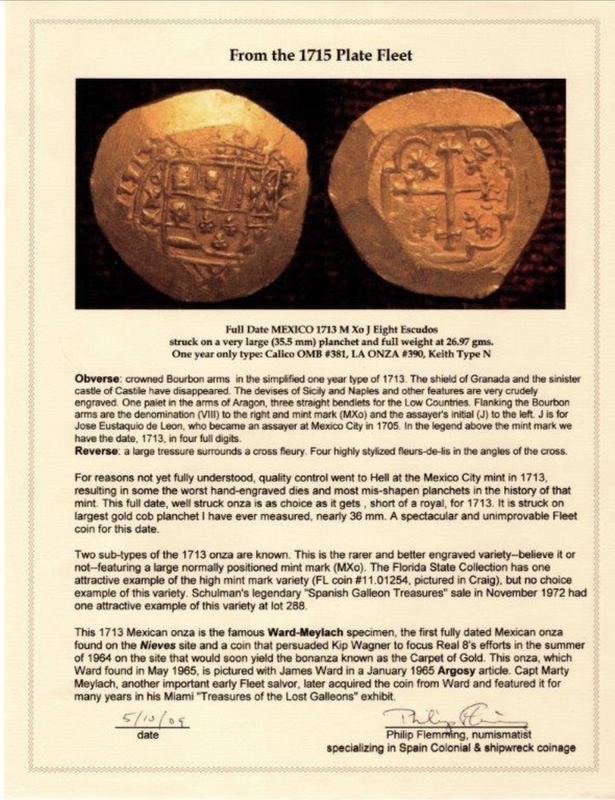 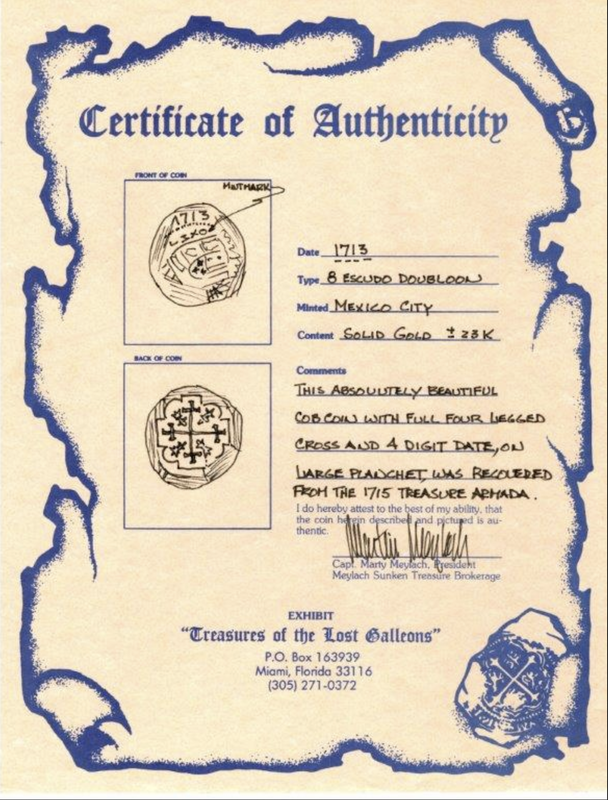 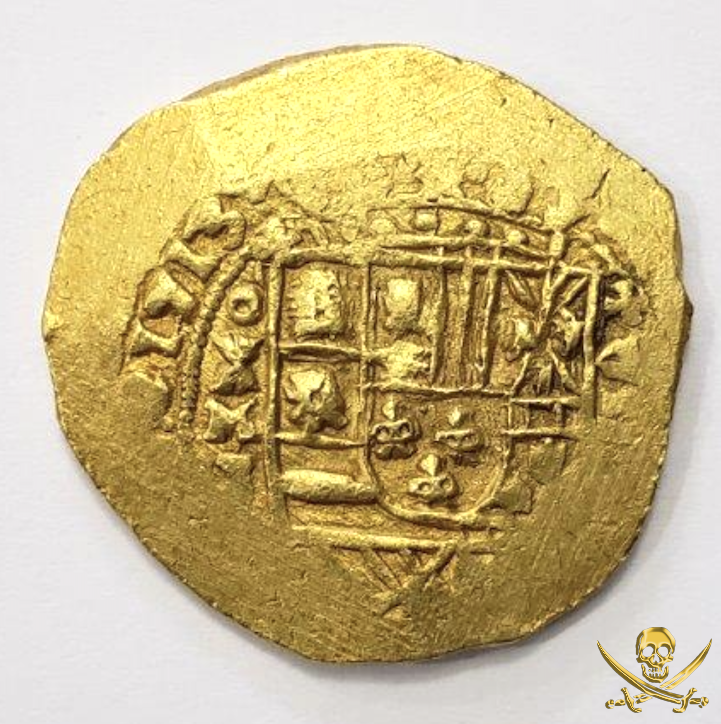 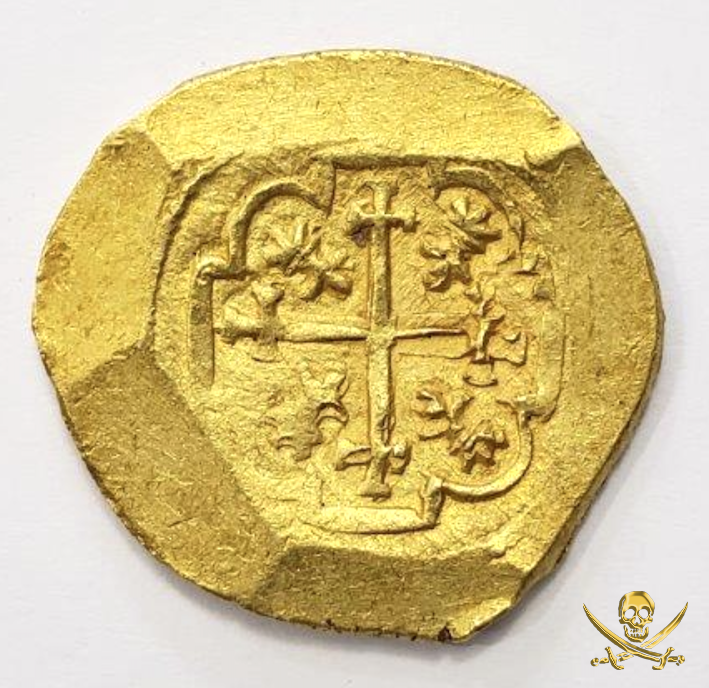 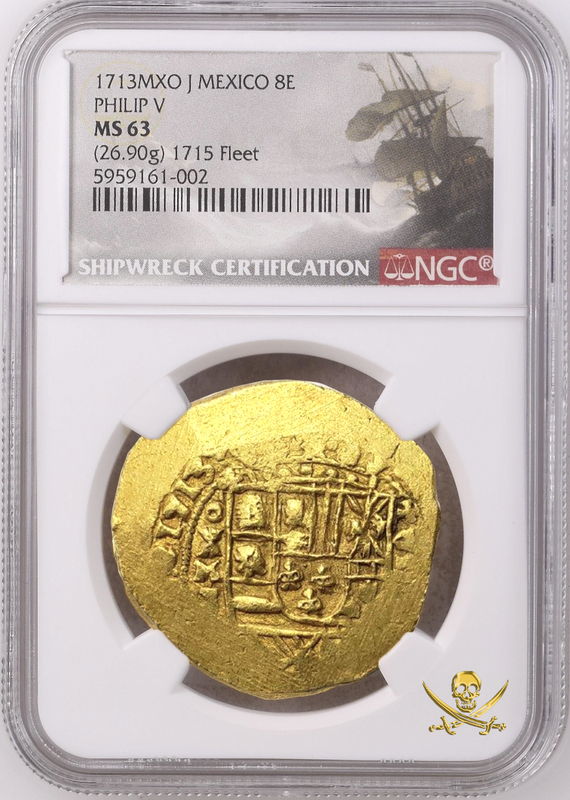 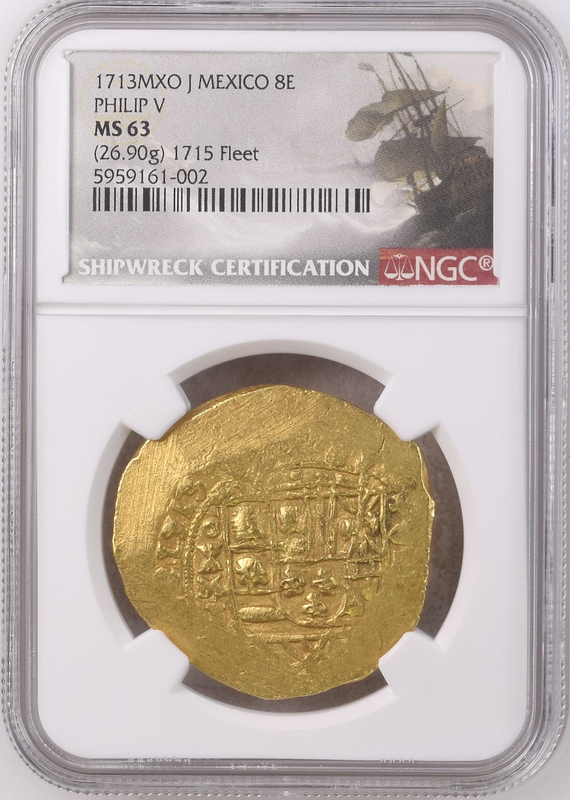 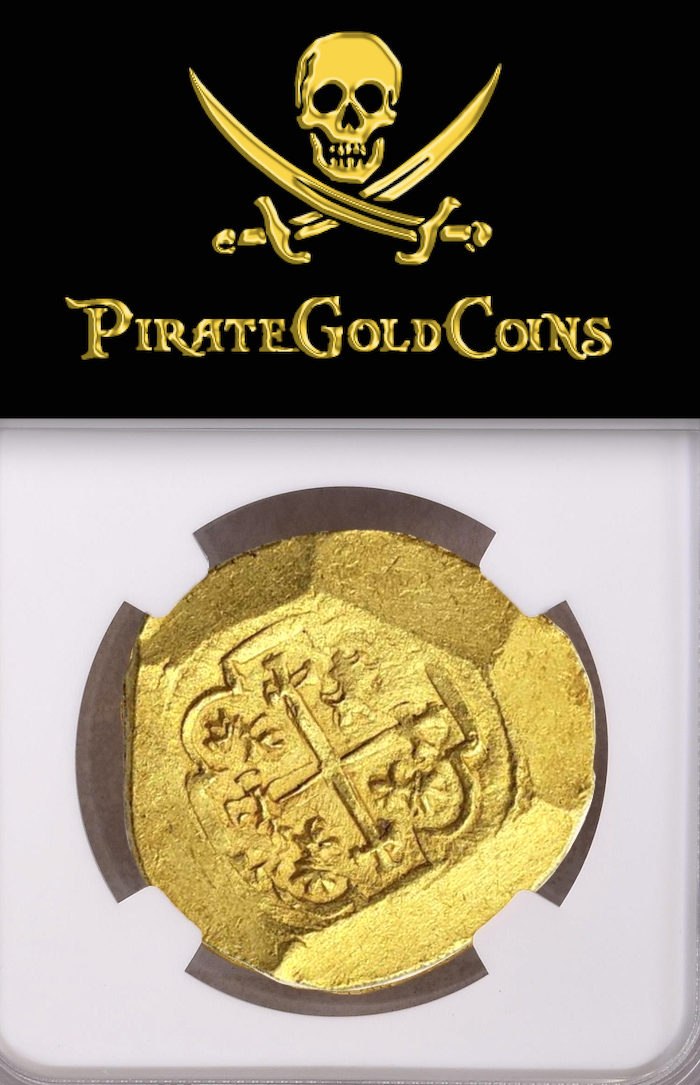 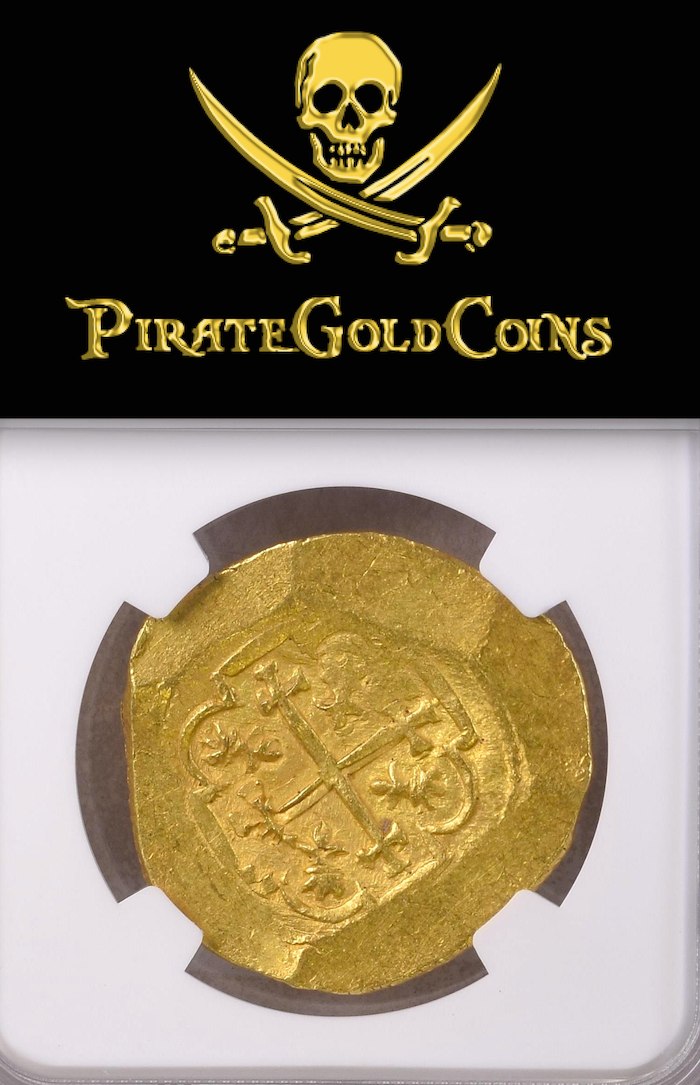