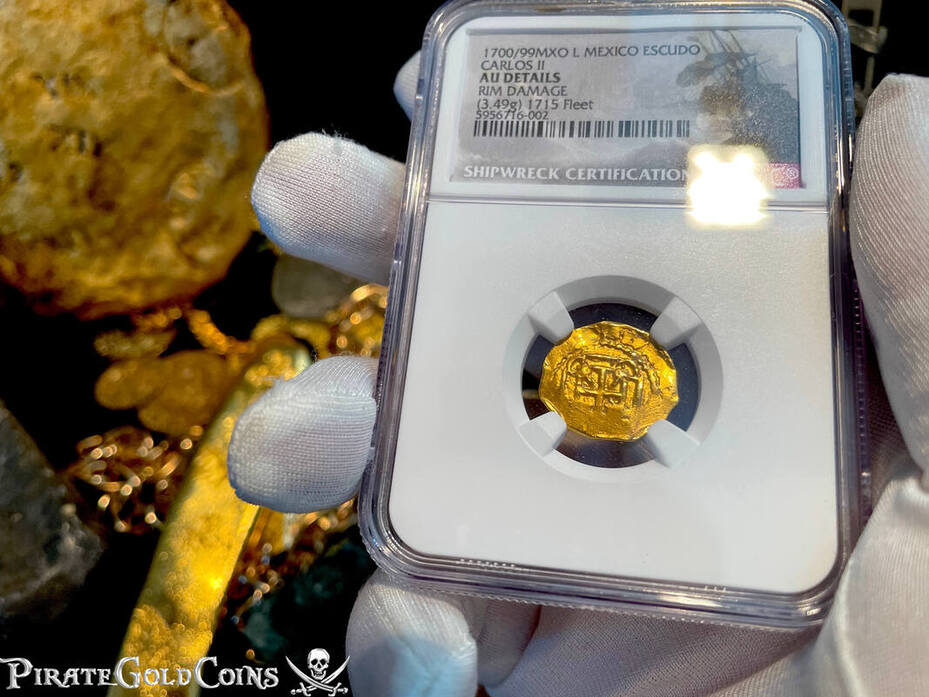 Found in July 1988 on Douglas Beach, wreck site of the Nieves, with jack Haskins salvage certificate.

Here is the rarest Fleet gold cob we've never seen before!! For some reason the die cutters at Mexico City felt free to experiment in the last year of Carlos II difficult reign, and this remarkable little one escudo is one result! For this year only, and only on the one escudo, Mo replaces MXo as the mintmark. On all denomination 1701-1713, the Mexican mint reverts to MXo. The Hapsburg shield, with an elarged triangle of Granada, is very well and distinctively executed for this denomination.
On the cross side, the huge, elongated fleurs-de-lis in the angles of the cross look like they were designed by El Greco. See Frances Keith's comments of this very rare type, Type E, in the Appendix to Craig's book on the Flordia Collection. Exactly two dated 1700 Mexican one escudos were found on Douglas Beach in the 1988 Field Season.

At division the State of Florida took one, now coin #11.01694 in the State Collection, and generously allowed this coin to remain with the salvors. Interestingly, the two Fleet 1700 one escudos are from different dies!

The State coin is NOT an overdate and the second 0 in 1700 is large and well centered. On this 1700, the second 0 in 1700 is higher and smaller, plainly struck over a 9, most of which is visible. Overdates are certainly not rare on box-cross (1699-1710) Mexican escods, especially on denomination like the one escudo where mintage was low and dies often recycled.
​
This one escudo weighs 3.49 grams and has a diameter of 18.5mm. Remarkably, it has the color and luster that it had when it left the dies 309 years ago. All in all, a superb Fleet rarity.
​
'Click Here to read more about 1715 Plate Fleet Shipwreck' 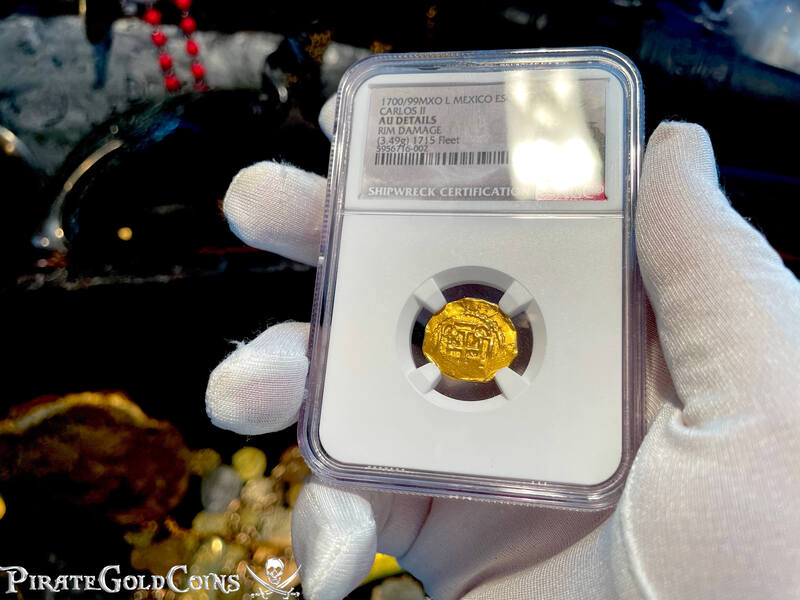 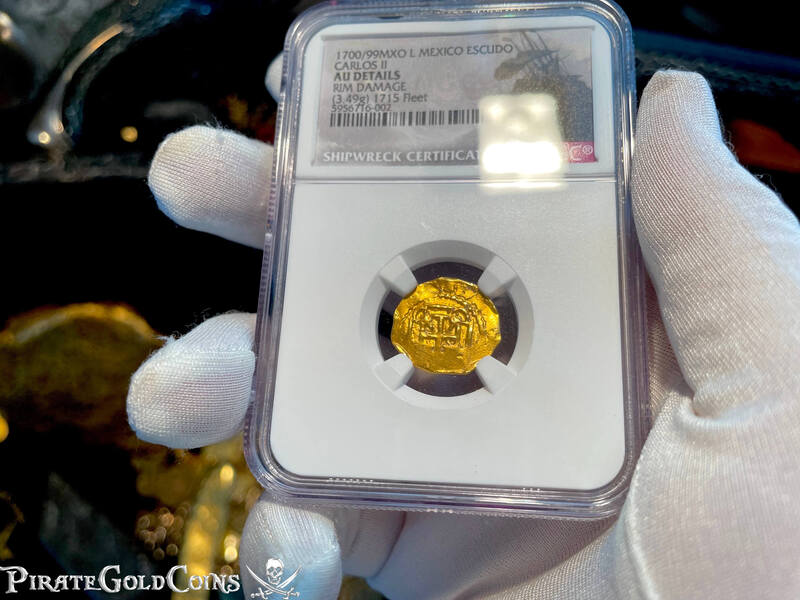 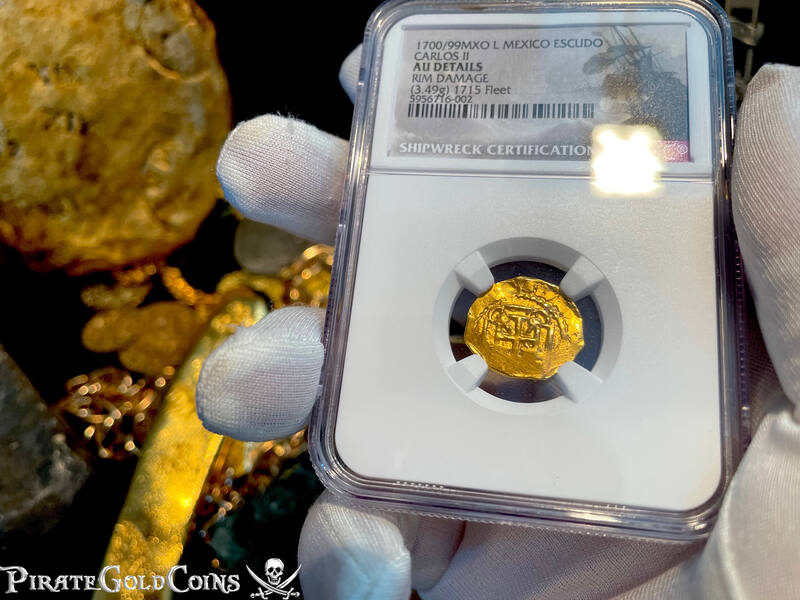 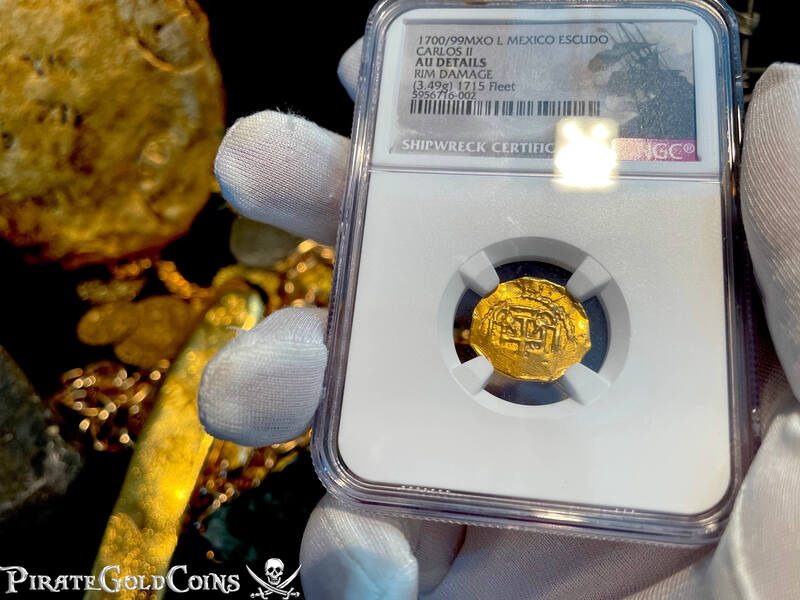 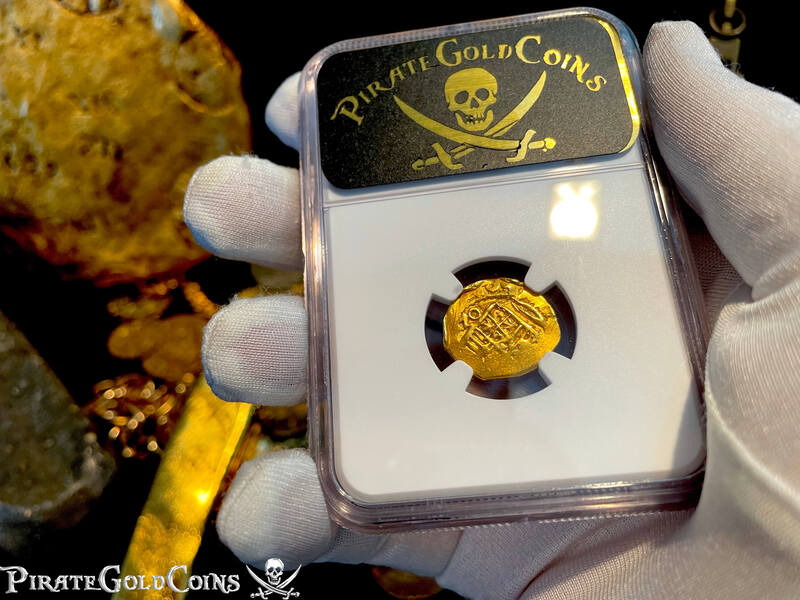 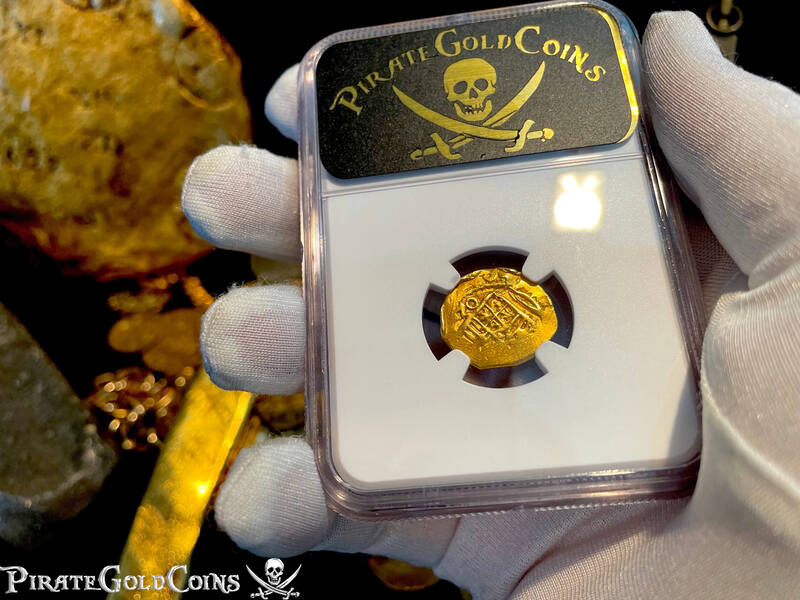 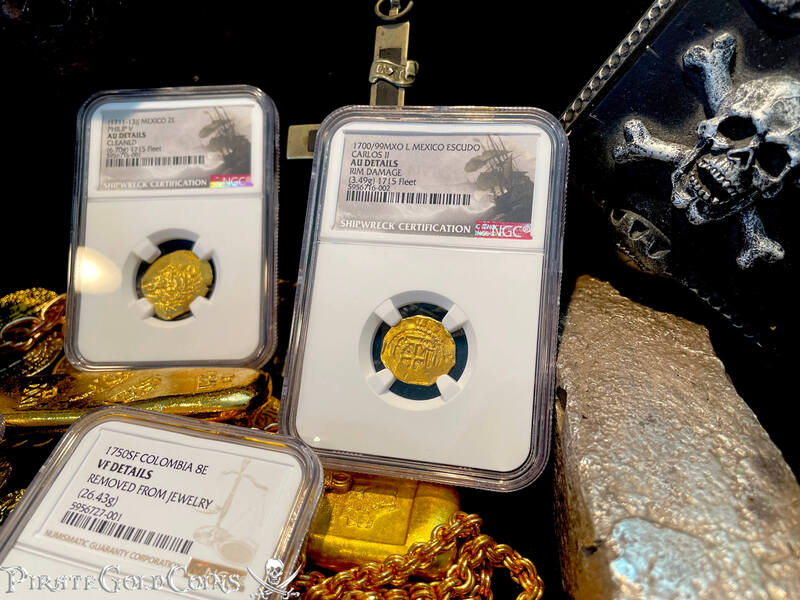 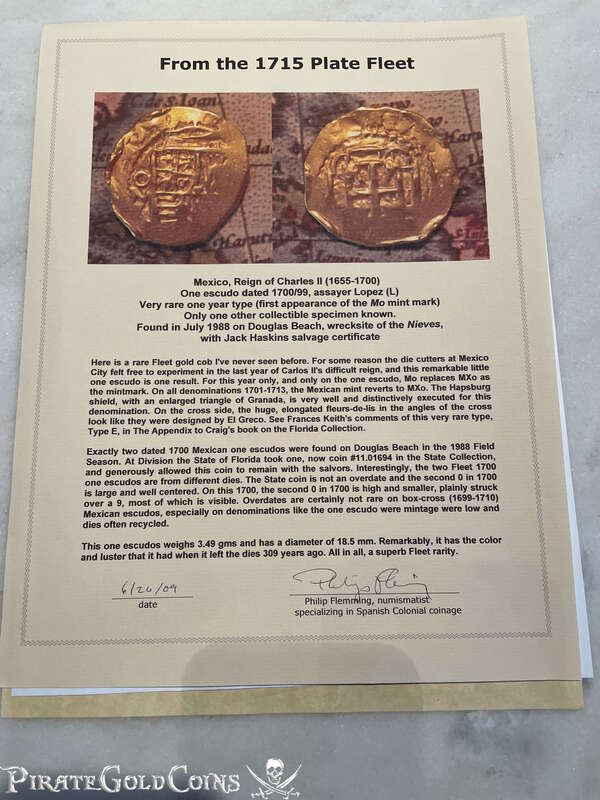 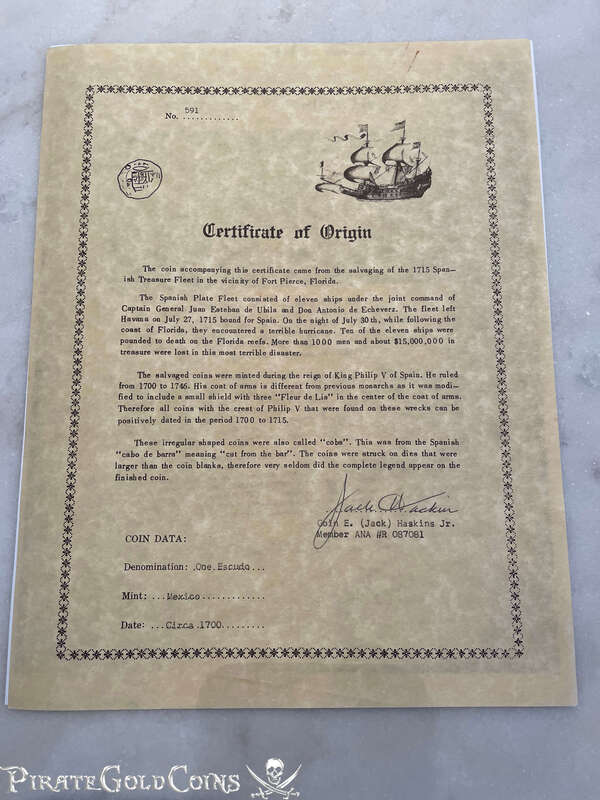 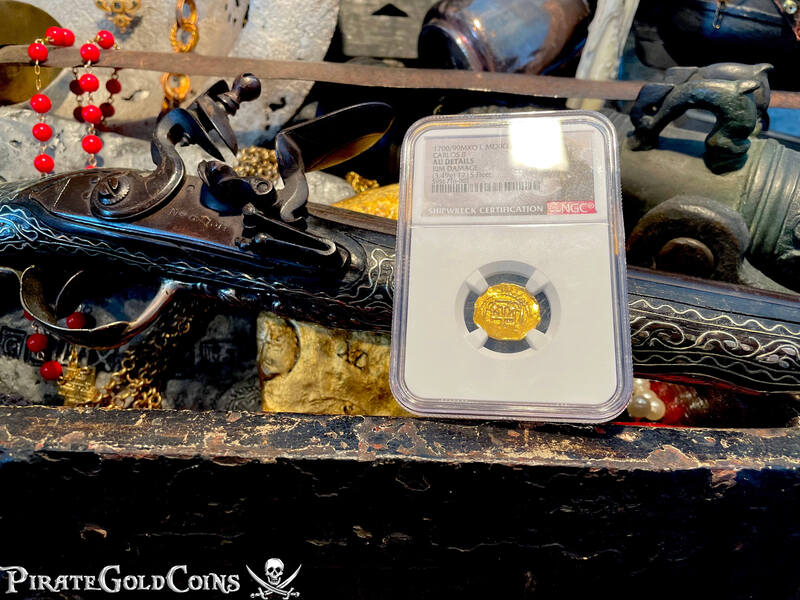 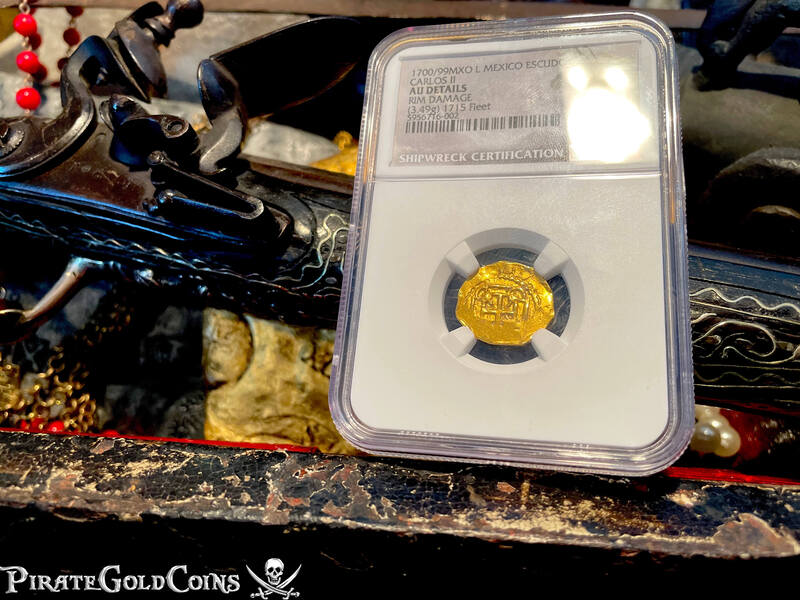 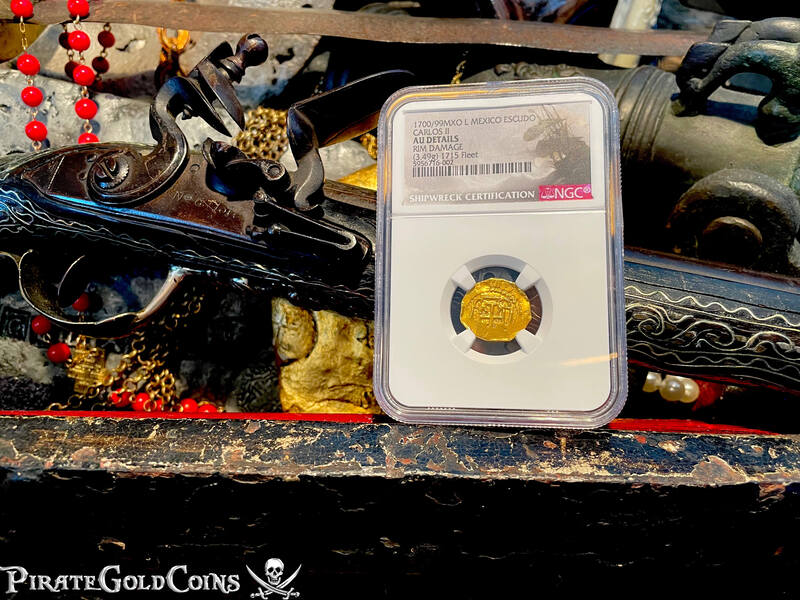 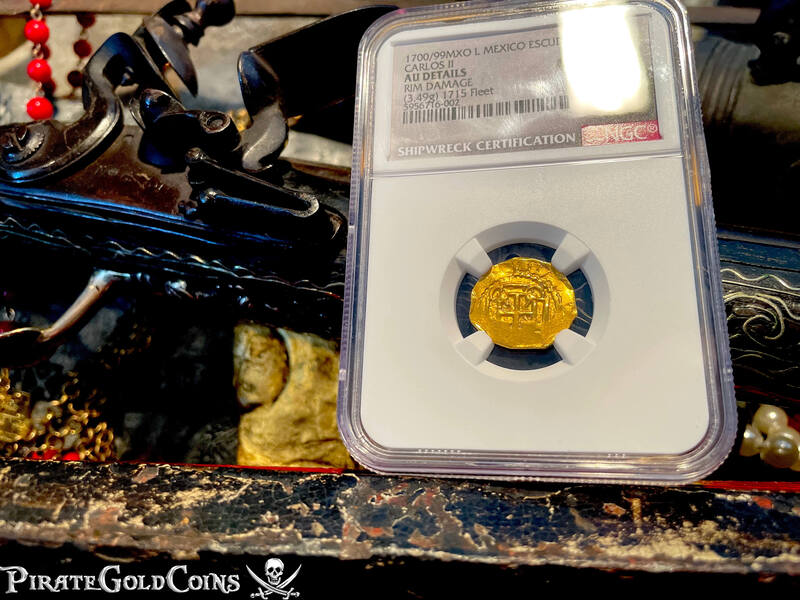 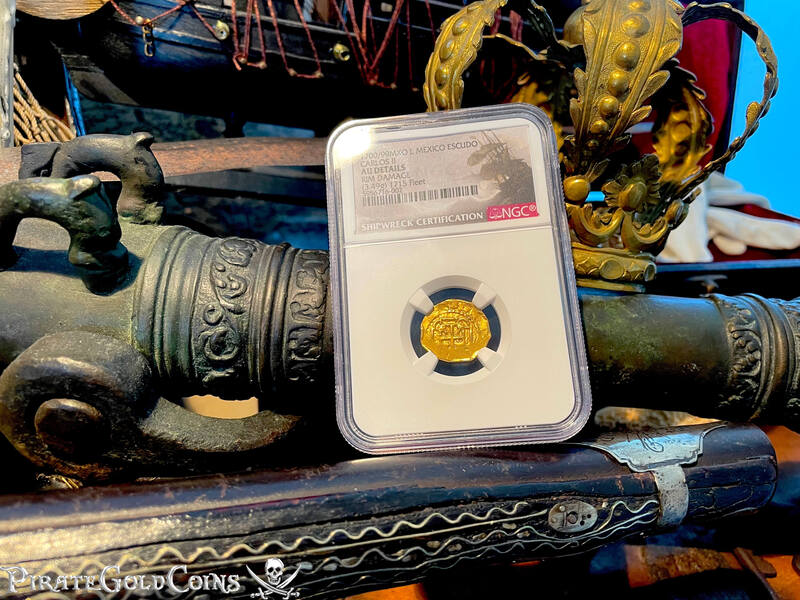 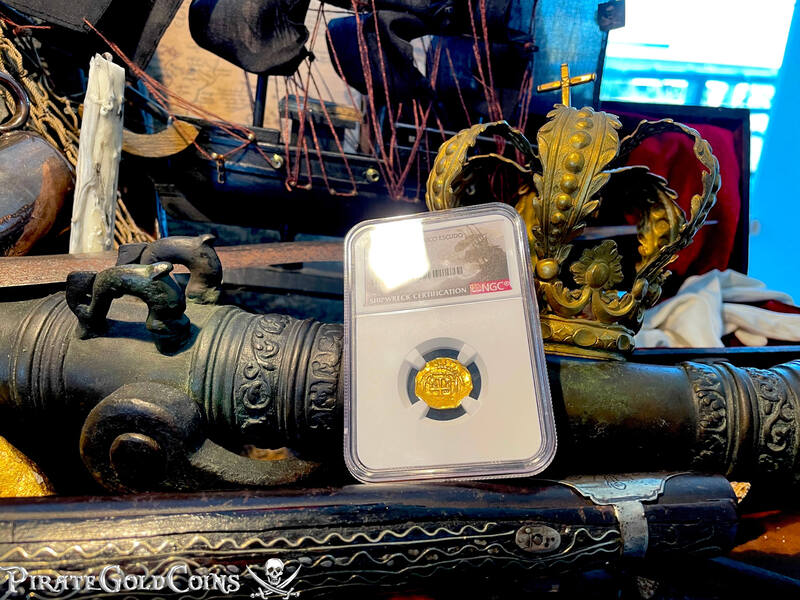 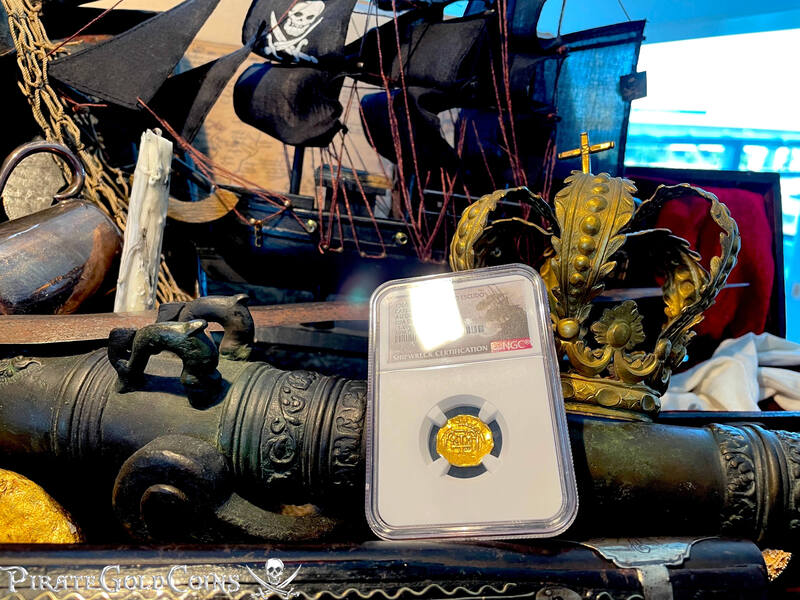 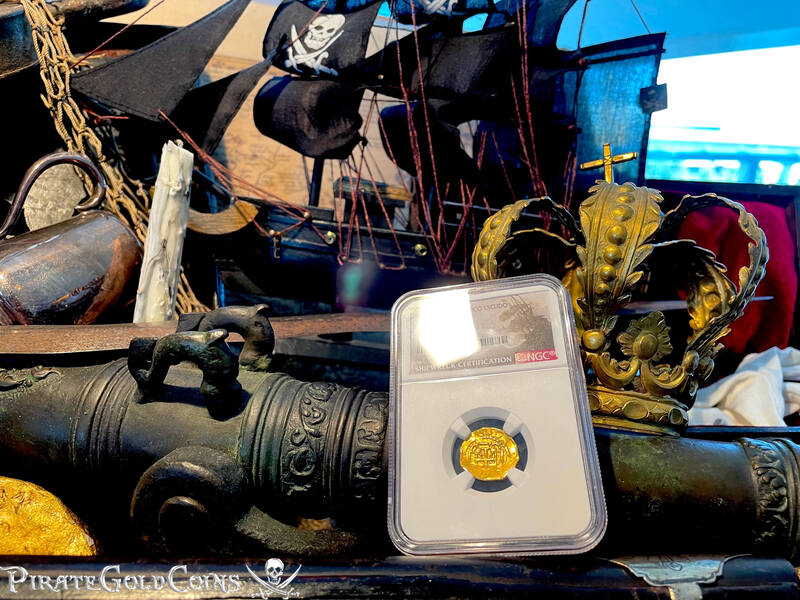 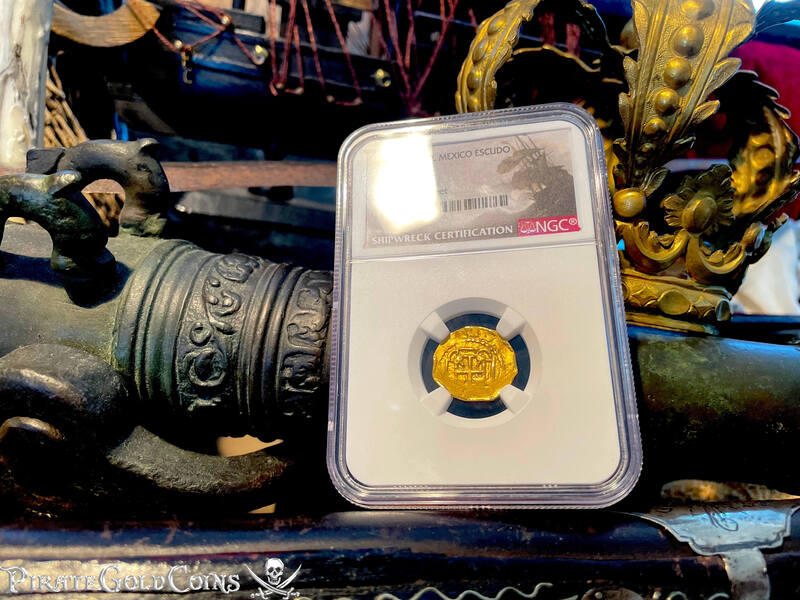