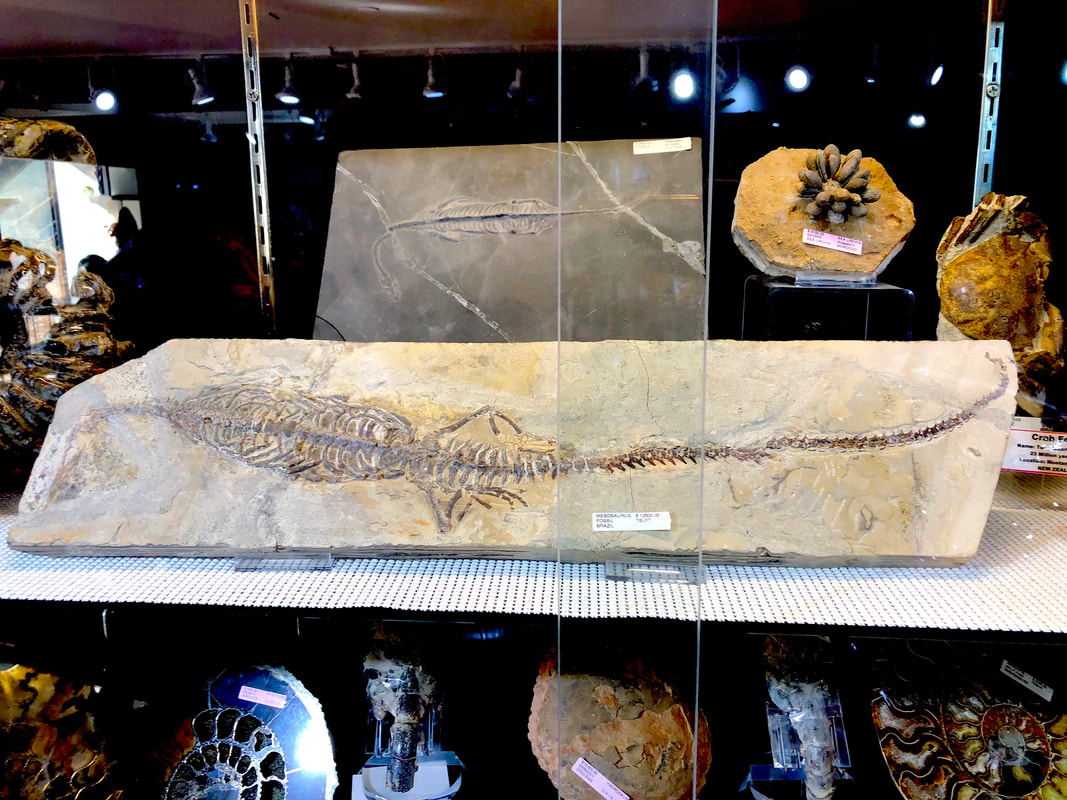 Click above image to view in eBay store
Pirate Gold Coins Treasures of the Jurassic presents Mesosaurus (meaning middle lizard) is an extinct genus of reptile from the Early Permian of southern Africa and South America. Along with the genera Brazilosaurus and Stereosternum, it is a member of the family Mesosauridae and the order Mesosauria. Mesosaurus was long thought to have been one of the first marine reptiles, although new data suggests that at least those of Uruguay inhabited a hypersaline water body, rather than a typical marine environment. In any case, it had many adaptations to a fully aquatic lifestyle. It is usually considered to have been anapsid, although Friedrich von Huene considered that it was synapsid, and this hypothesis has been revived recently. Mesosaurus had a long skull that was larger than that of Stereosternum and had longer teeth. The teeth are angled outwards, especially those at the tips of the jaws. The bones of the postcranial skeleton are thick, having undergone pachyostosis. Mesosaurus is unusual among reptiles in that it possesses a cleithrum. A cleithrum is a type of dermal bone that overlies the scapula, and is usually found in more primitive bony fish and tetrapods. The head of the interclavicle of Mesosaurus is triangular, unlike those of other early reptiles, which are diamond-shaped. D1 (info found on wikipedia)
​
Any offers are greatly appreciated! No offense will be taken!