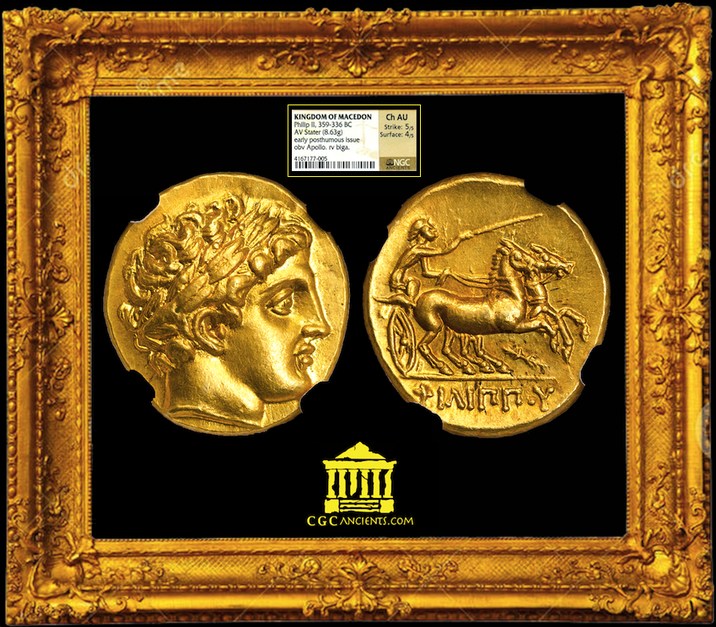 Click above image to view in eBay store
KINGDOM OF MACEDON (GREEK), "PHILIP II" 359-336 BC (almost 2,375 years old) "ALEXANDER III" NGC CH AU 5 X 4!  GOLD AV STATER  8.63g, 19-20mm, Early Posthumous,  Pella Mint ca. 323-315 BC  OBVERSE: APOLLO  REV: CHARIOTEER DRIVING IN BIGA (2 WHEELED CHARIOT).  THUNDERBOLT below Horeses' legs in lower right field.  Le Rider 433 (D197/R321), same dies.   "PHILIP II was of course ALEXANDER III the Great's Father.  I believe (in researching the history), he (Philip II) was Murdered by his wife (as she panicked by Philip taking a new wife thereby threatening her son Alexander III's future reign).  The murder was committed in an arena where Philip II was greeting a cheering crowd.  Philip II, King of the Ancient Greek Kingdom of Macedon  (DIED in 336BC).  The famous phrase "Divide & Conquer" is attributed to Philip II.  His son took the Kingdom in 336BC and held to 323 BC.

What sets this piece apart from it's peers is the incredible Centering (both on Obverse & Reverse), almost Never seen on both sides!!! Especially on the Reverse, I've reviewed all I can find (which isn't many – Philip II much Rarer than Alexanders) and you typically find the Charioteer shifted over to the left and "Cut-off" or the Horses Legs get cut-off (with a shift to the right).  Add to that the incredible STRIKE of 5/5!  If there was a possible 6 point system this Gold coin would certainly attain it!  The strike is so hard and detailed, staring with Apollo on the front, that you can see ever detail of the Eye and even the shadowing around the brown and bridge of the nose, then over to the Ear (literally with ZERO wear) and onto the curls in the hair and the wreath upon the head.  Onto the back, each of the Horses legs are detailed, from the hooves to the joints.  The wheel is very discernible as is the even the Charioteer's helmet, body and whip.  Also, atypical is the LUSTER still present on this almost 2,375 year piece!!!

The murder of Philip II occurred on October 336BC at the ancient capital of the Kingdom of Macedon (Aegae).  The court had gathered there for the celebration of the marriage between Alexander I of Epirus and Philips daughter (by his 4th wife – Cleopatra Olympias.  The king entered (unprotected) into the town's theater where he was killed by Pausanias of Orestis, one of his 7 bodyguards.  The assassin immediately tried to escape and reach his friend who was waiting for him with horses at the entrance of Aegae.  He was pursued by 3 other of Philip's bodyguards and tripped on a vine and died by the bodyguards hands.  The speculations are many as to why Pausanias assassinated King Philip II and really only one contemporary  account, which was written by Aristotle (who was also Alexander the Great personally tutor since he was 13 yrs. Old, Alexander was there that day in the theater and witnessed his father's death).  Many feel that Cleopatra (Philips II's 4 wife) was at least associated with the planned assassination as she placed a crown at the assassins corpse and ordered annual sacrifices to the memory of Pausanias.  She (Olympias, Cleopatra) also feared that her son would not gain the throne since Philip II had recently married Eurydice (his own niece) and her son would of succeeded upon his death if he had become of age.  * My opinion, his 4th wife Cleopatra arranged the assassin to protect her son Alexander III rights to the Kingdom. 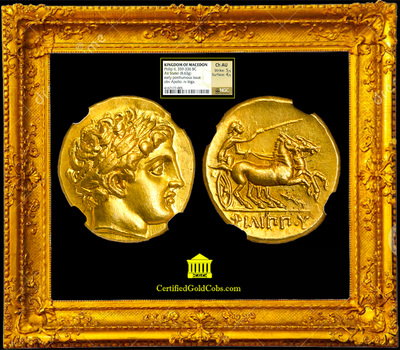 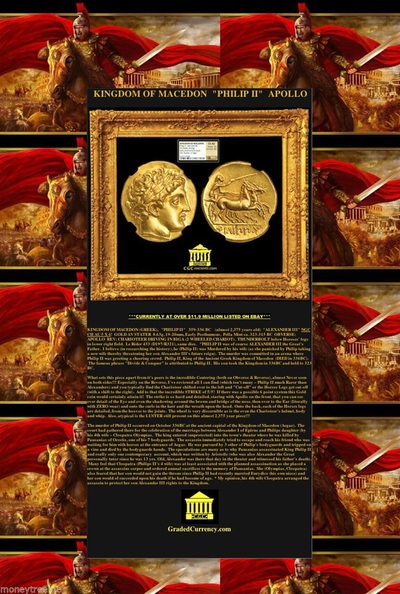 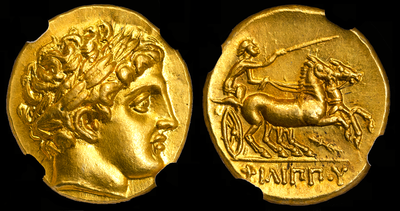 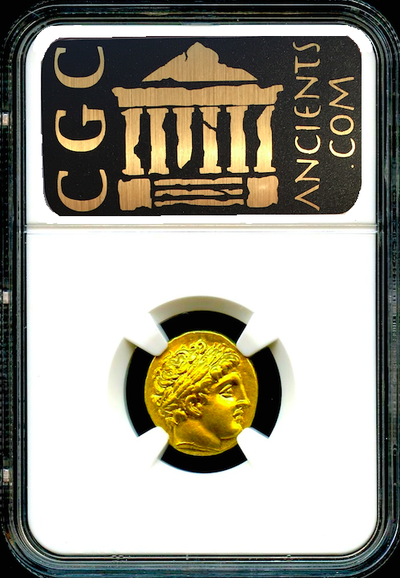 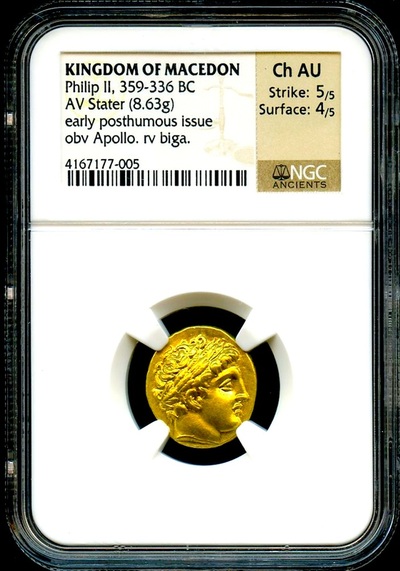 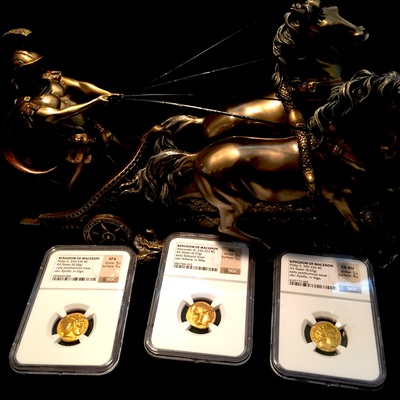 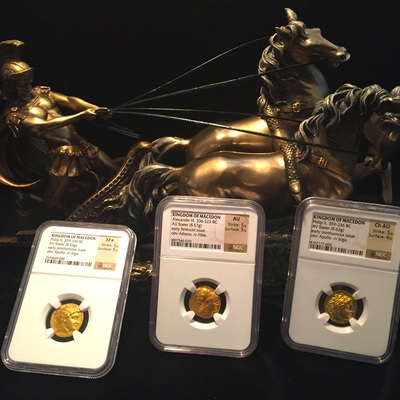 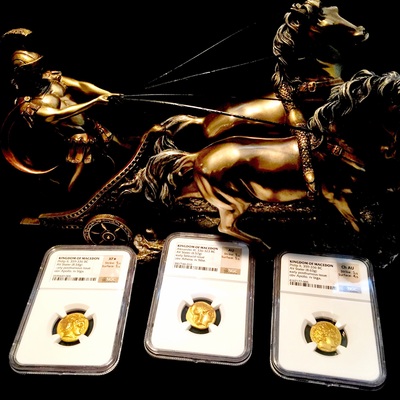 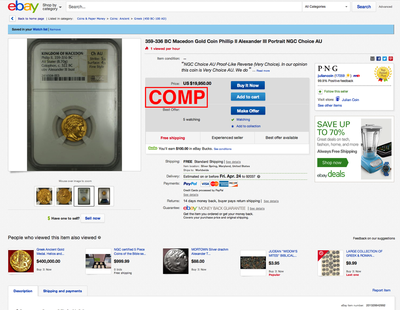