Back in 1660, a Spanish aviso vessel (a kind of dispatch or advice boat,  for delivering at top speed dispatches or advice, usually to the king or his government; aviso = “advice”) met its end along Jupiter, Florida’s east coast.

A generation before Jonathan Dickinson’s landing in 1696, the original Indian inhabitants of the Jupiter-Hobe Sound area experienced one of the most significant contacts with Europeans anywhere on American soil. Up to this event, the Spaniards, who held north Florida, were unable to subjugate South Florida’s native American population on this rough-weathery coast. What was significant, was that the ship may have been carrying a form of plague, which may have led to the decimation of the native indigenous people of this area. 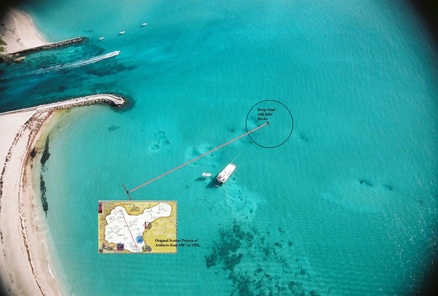 The find . . .  off the shores of Jupiter, Florida, U.S.A.
In 1987, two surfers fell off their boards one day and saw what they thought was a canon and reported it to a lifeguard. Two days later, while on his morning training swim, the lifeguard refound the canon and contacted a master mariner and marina owner, Captain Dominic Addario, who had equipment capable of recovering the find. They agreed to form a joint venture to recover it.

They resolved to put the cannon at a museum about to open in Burt Reynolds Park, sponsored by the Loxahatchee Historical Society. During those first weeks, further discoveries were made. More cannons were identified, then . . . silver “pieces of eight.”

Neither of the two partners knew at the time that the laws governing discoveries such as theirs were approaching a major change, or that the two of them could play an instrumental part in the formulation of new rules that would affect the future rights of the private sector to participate in historic shipwreck research and recovery.
Captain Addario placed an Admiralty claim upon the unknown vessel in the U.S. A bond was posted to the Court, and Jupiter Wreck, Inc., a newly formed Florida corporation, was subsequently named Federal Substitute Custodian of the wreck site. 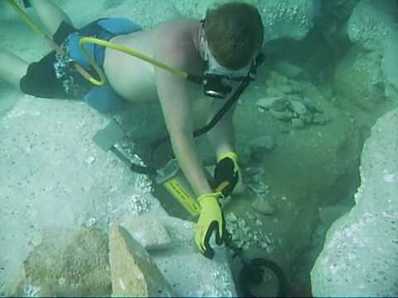 More cannons and artifacts were discovered. Rare coins of silver and gold were retrieved, then a 78-pound ingot of silver! The State of Florida stepped in to assume jurisdiction, claiming it was in the wreck's and public's best interest. The public didn't totally agree, neither did the Federal Courts. Jupiter Wreck's legitimate claim was upheld by the Federal Judge, but the State's rights were also recognized. The crew had to dig with their bare hands while all issues were pondered.
​
Historical research based on documents from the Archivo General de Indias. Sevilla, Spain Victoria Stapells Johnson - September 2006
In our archival search to identify the name of the “Jupiter wreck”, the starting point in the Spanish archives was the section Contratación (issues related to trade with the Indies) and  specifically:  the Libros de Registros for the time period of the mid 17th century. In these bound volumes are the names of many (but not all) of the ships which plied back and forth across the Atlantic during the years of the Carrera de Indias.  In most cases, there is a note in the margin beside a ship which wrecked in the course of a journey. As regards the ship at Jupiter Inlet, silver and gold coins and particularly a silver bar marked no. 820 found at the site, indicate a point of departure from Tierra Firme. Hence, the ports of Cartagena and Portobelo were checked most carefully. In this initial stage of research, there is no evidence to suggest this wreck being of a ship returning to Spain from Mexico.
​ 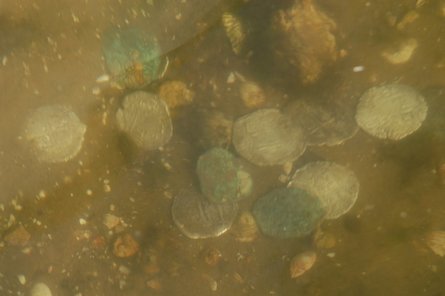 Of the ships which meet the profile for the “Jupiter Wreck” based on the document search at the Archivo General de Indias, six are “aviso” ships.   By decree of the crown in 1525, avisos  were the ships designated to carry official correspondence back and forth between Spain and her over seas colonies. Two courier or aviso ships were despatched each year from Spain to Nueva España (Mexico) and Tierra Firme (north coast of South America). Small  ships which generally did not exceed 100 toneladas,  these vessels were capable of sailing quickly and efficiently. Aboard, they carried all manner of crown documents to the colonies. On the way back to Spain they carried a variety of papers: correspondence from the colonial treasury accounts, court cases, reports from the Viceroys, court cases, religious correspondence and so on. Another very important part of an aviso’s  job was to inform the authorities of the presence of lurking enemy ships ready to attack the treasure laden fleets returning from the Indies.  Passengers were not allowed on board officially although there were plenty of exceptions. Of course avisos also carried some cargo: on the way out from Spain, this would include items needed in the colonies such as wine, oil, wax, textiles and funds for garrison payrolls. Iron work or tools were taken as ballast. On the return trip, one can imagine that a certain amount of contraband was loaded on these ships in the form of silver or gold.  This was common practice on all ships during the colonial time period.

In the time frame of the Jupiter wreck, there were FOUR ships which sailed as avisos and appear to have wrecked on their return trip to Spain from Tierra Firme ports.

SAN FRANCISCO Y SAN ANTONIO
In 1657 Bernardo Somoza requested that his ship, the San Francisco y San Antonio of 60 toneladas  cargo capacity and built in Seville (Spain) be granted a license to sail to Tierra Firme as an aviso (courier ship). The outgoing manifest for this ship is in the section Contratación of the Archivo General de Indias. In it, there is information on the ship, artillery, ship fittings and a complete crew list and translation included further on in this report. This aviso left Seville in February 1658 for the ports of Cartagena and Portobelo.  There is no evidence that it returned.