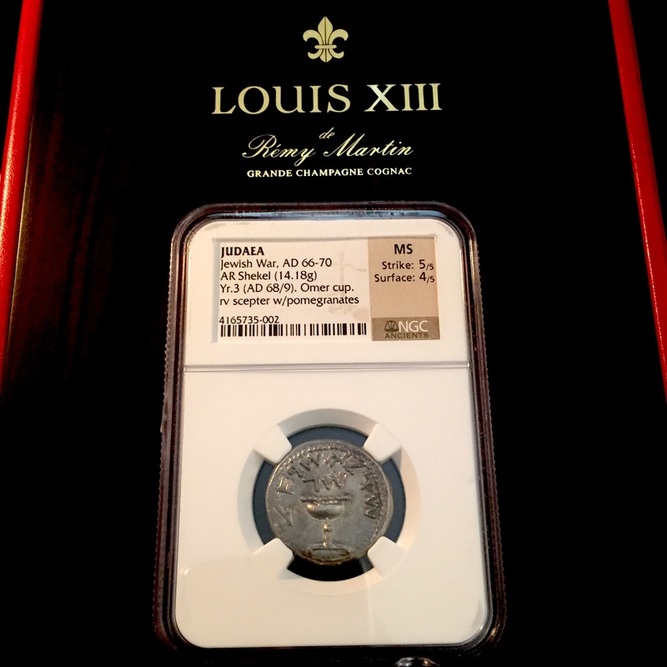 JUDAEA  AD 66-70 AR SHEKEL NGC Ch XF 5 x 3 "JEWISH WAR" YEAR 2 issue (22mm 13.81gm,12h) Henrin 1358 TJC 193;   OMER CUP - Ritual Chalice with pearled rim, with the base resting on raised projections.  In Paleo-Hebrew the obverse reads:  "SHEKEL of ISRAEL."  The reverse reads:  "JERUSALEM the HOLY."   featuring a Staff with three pomegranate buds.  This 2,000 Year old Shekel is very well centered and has gorgeous toning that accent the devices.  Also, this piece was awarded a  5/5 STRIKE – the highest there is and it certainly reflects as such.  This is the first time we've offered an Israel Shekel and are very excited and honored to offer in the marketplace!   See below for details on the fascinating History of this Ancient Relic…

This Coin was struck during the first of three Jewish-Roman wars and is referred to as "The Great Revolt."  It spanned from 66-70AD, and began over Greek and Jewish religious tensions, then escalated due to anti-taxation protests.  The Romans responded by plundering the Jewish Temple and executing up to 6,000 Jews in Jerusalem, which of course prompted a full scale rebellion.  The Roman General Vespasian was located at an outpost in Jerusalem and when he became emperor in 69AD he took Jewish artifacts and relics from the Temples of Jerusalem to finance the building of the famous Colosseum.  His Son Titus (who succeeded Vespasian as emperor upon his fathers death stayed in Jerusalem until the end of the war (as a general).  Vespasian also took with him 12,000 Jews as slaves to help build the Colosseum.

The experienced and unassuming general Vespasian was given the task of crushing the rebellion in Judaea province. His son Titus was appointed as second-in-command. Given four legions and assisted by forces of King Agrippa II, Vespasian invaded Galilee in 67. Avoiding a direct attack on the reinforced city of Jerusalem, which was defended by the main rebel force, the Romans launched a persistent campaign to eradicate rebel strongholds and punish the population. Within several months Vespasian and Titus took over the major Jewish strongholds of Galilee and finally overran Jodapatha.  Vespasian was called to Rome and appointed as Emperor in 69. With Vespasian's departure, Titus moved to besiege the center of rebel resistance in Jerusalem in early 70. 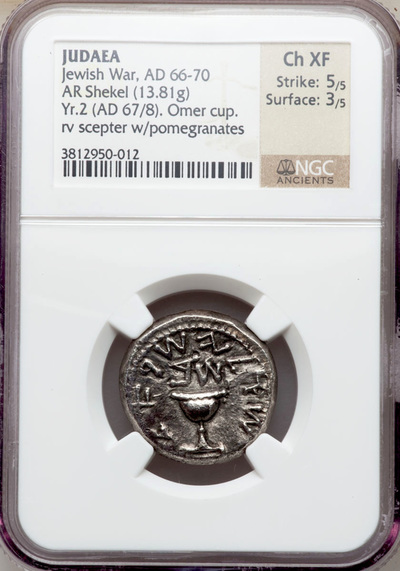 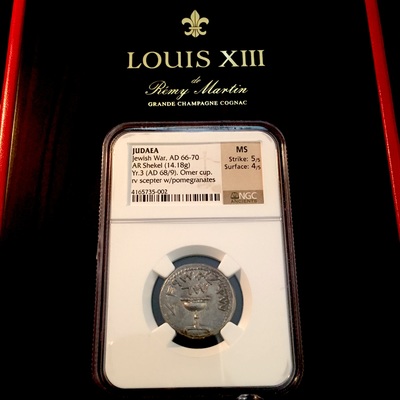 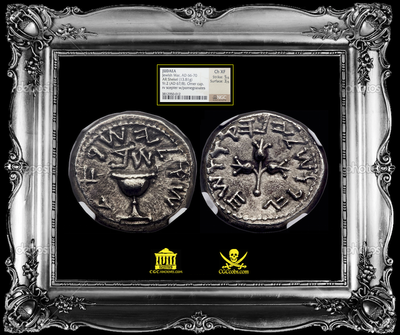 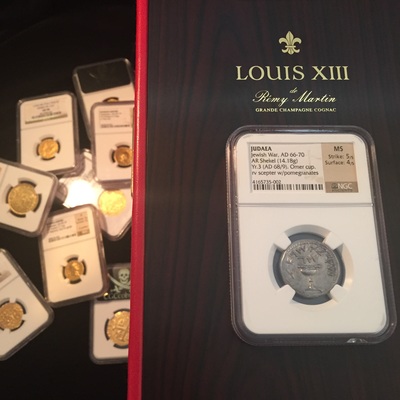 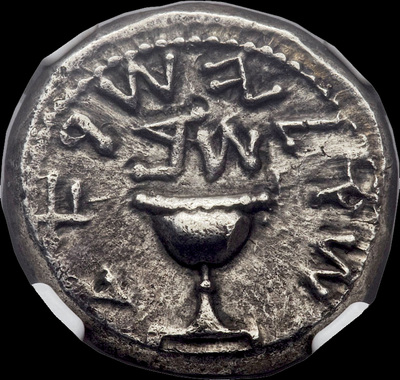 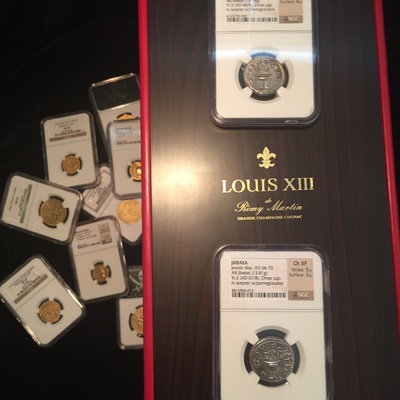 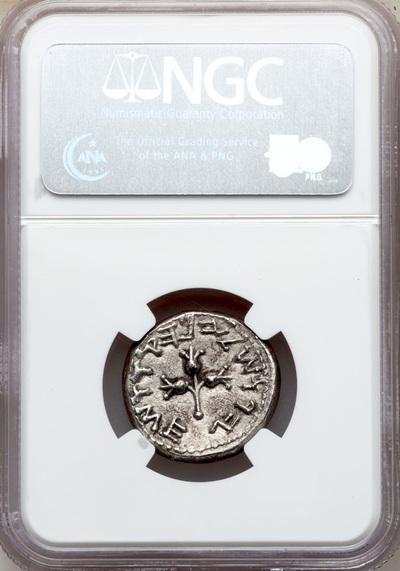 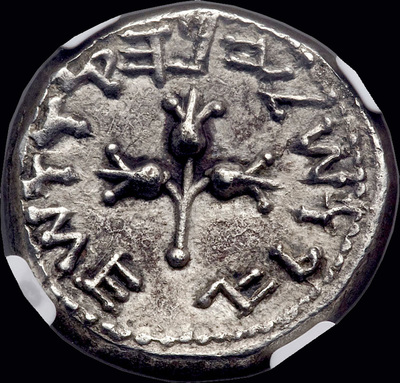