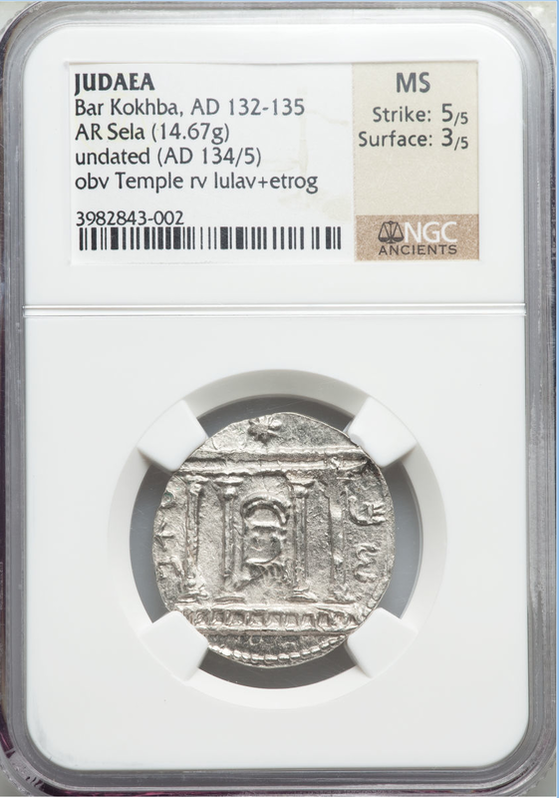 Click above image to view in eBay store
VERY RARE & IN "MINT STATE" condition!  This very important (large flan 26mm) Coin features (Obverse):  a Star above the façade of the JERUSALEM TEMPLE and the HOLY ARK seen from the end in the center of entrance.  In Paleo-Hebrew writing on each side of the Temple is the word "SIMON."  The coin is undated but issued in YEAR 3 (AD 134/5) and is from one of the 3 great Jewish Wars ~ the BAR KOKHBA REVOLT.  The reverse reads:  "For the Freedom of Jerusalem."  The reverse features the Lulav with Etrog."

The Holy Ark of the Covenant is certainly "the" most famous Biblical relic of all humanity and to see it depicted on a coin (almost 2000 Years Old) is quite an experience, especially to hold it on one's hand!  This Coin is more of an archeological relic, an artifact, representing an important period in human history.

The BAR KOKHBA REVOLT was a rebellion of Jews of Judea province led by "Simon bar Kokhba" against the Roman Empire in 132-136 circa and was the LAST of the three major Jewish-Roman wars, so it is also known as the "Third Jewish-Roman War or Revolt."   This war resulted in an extensive depopulation of Judean Jewish communities, even more so than the Great Revolt of Judea of 70 AD.  Despite easing persecution of Jews following Hadrian's death in 138 CE, the Romans barred Jews from Jerusalem.  Although Jewish Christians hailed Jesus as the Messiah and did not support Bar Kokhba, they were barred from Jerusalem along with the rest of the Jews. The war and its aftermath helped differentiate Christianity as a religion distinct from Judaism. 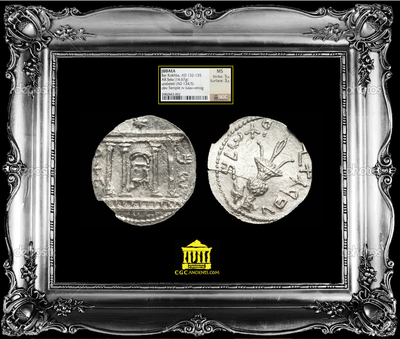 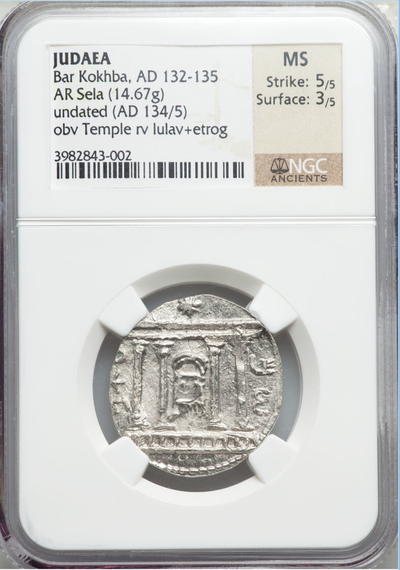 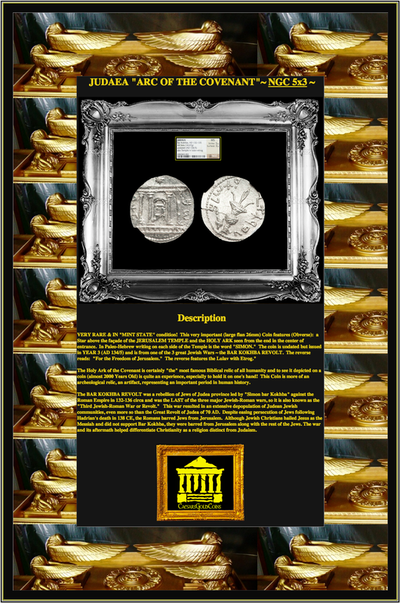 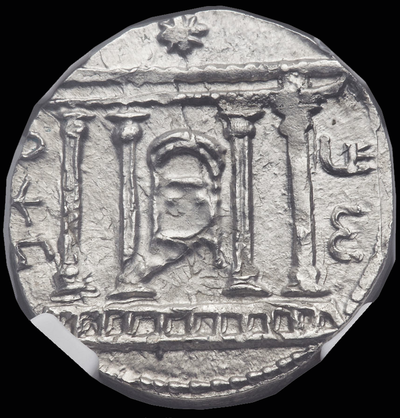 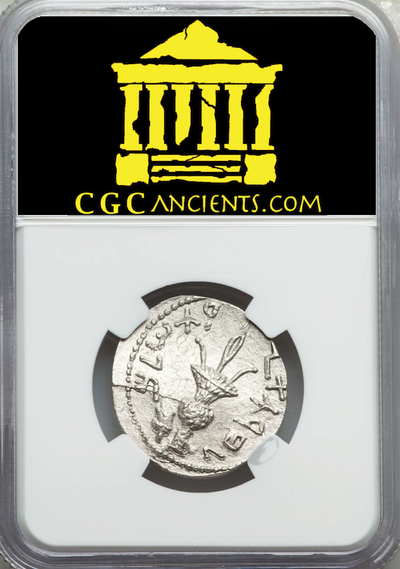