This beautiful Mexican Officer’s Dirk / sword is 19 1/2” long and weighs 418 grams, dated between 1825-1850.  It has gilt brass mounts and a very rare and unusual “Knight’s pommel head,” and turned wooden handle.  The blade has a faint blue gilt with faint engraved decorations.  It comes with a custom made (originally made with sword) scabbard resembling snakeskin.  The Guard is very ornate, featuring an “Eagle with Snake in it’s beak” perched on a cactus and above a radiated cap.  These are all the hallmarks of use by a Mexican Officer, that must have been captured during the US war with Mexico from 1846-48.  It’s in very nice condition, with most of the original gold gilt on the the mounts and blade and still displays much of the blue and gilt finish as well.  There is very minor edge pitting and toning and war from sharpening, from it’s obvious use in War!  (Comes with photo certificate). 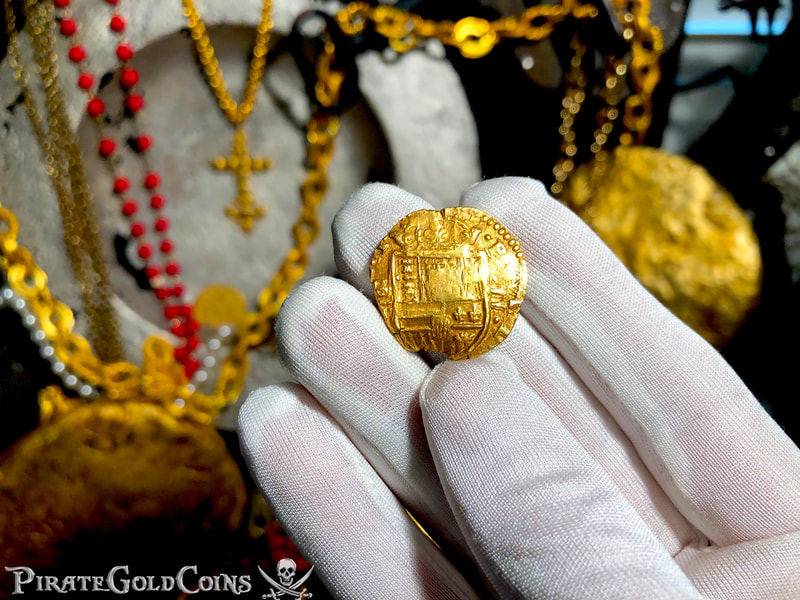 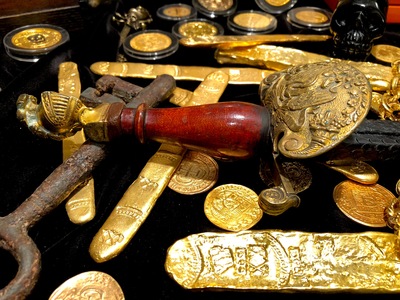 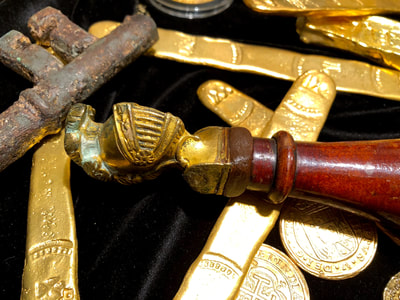 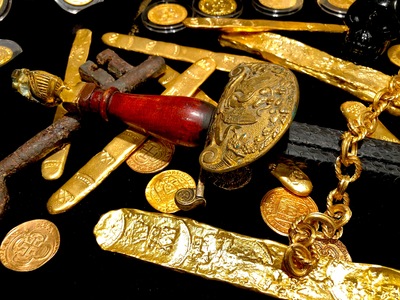 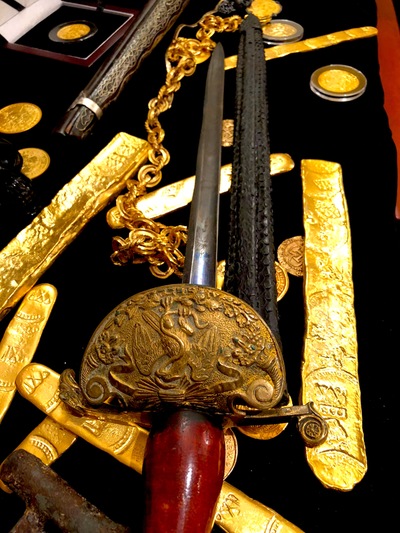 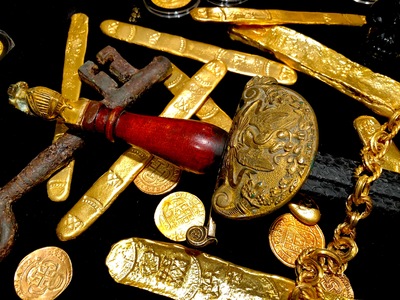 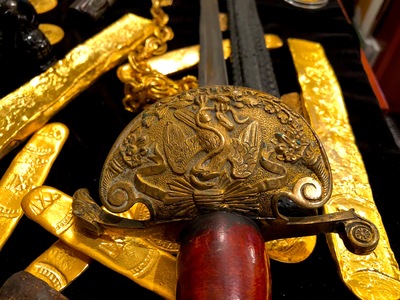