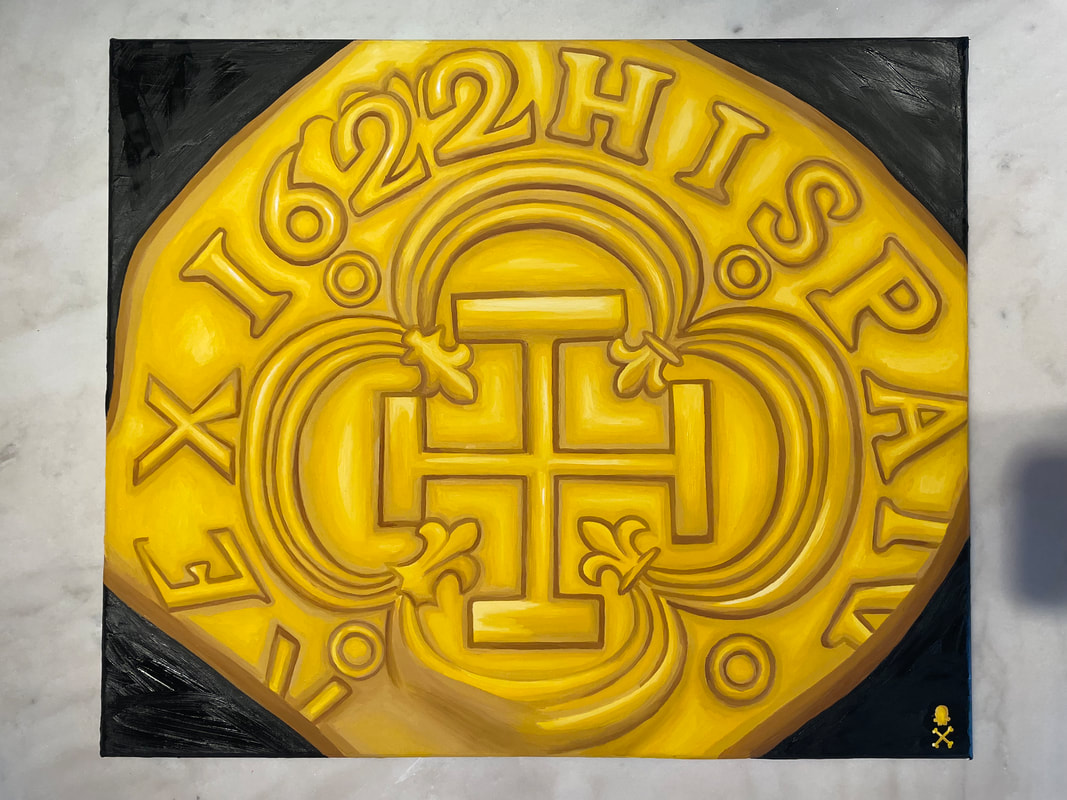 Click above image to view in eBay store
Treasure Paintings by JR Bissell: a Pirate Rendition of "First Gold"

This is my first real oil painting. It’s only 4 colors and it was a huge learning curve from acrylic. I call this piece, “First Gold” because it’s my first color oil painting and it seemed fitting to paint the first gold coin struck in the America’s. Not to mention it’s a trophy piece of treasure.

High end art is a lot about trophy hunting, but nobody seems to paint trophy pieces. The Colombia 2 Escudos 1622 piece is one of the ultimate treasure coins being the first gold coin of the Americas. Recently sold in Heritage for $156,000 this coin seemed like an obvious piece to learn oil paints on.

An extraordinary coin that needs little introduction among connoisseurs of the series--indeed, few Spanish colonial types can claim to be so perfectly situated at the crux of historical, conditional, and absolute rarity as this famed 1622 2 Escudos of Colombia. Commonly hailed as the first gold coin of the Americas, the preparations for the issue were provided for by Philip III's 25 May 1620 directive to establish a new mint in Colombia (either at Cartagena or Bogota), though dies were not produced until 1622 under the 1620 authorization, one year after Philip's death.

This was a full 57 years before the minting of a similar issue at Mexico City (1679) and 76 years prior to that of the Lima mint (1696). Eager to impress the governor of Nueva Granada and the Audiencia of Santa Fe, following his arrival in mid-1621, Alonso Turrillo struck a small series of purportedly "trial" pieces with the new dies, likely meant to be transported to Spain for royal approval from Philip IV aboard the fleet that included the Santa Margarita and Nuestra Señora de Atocha. The wrecking of both vessels, however, meant that these pieces were largely lost to history for over three centuries, until the treasures of these wrecks were recovered by Mel Fisher's Treasure Salvors, Inc. in the 1980s.

Due to the long-term loss off the Florida Keys--all surviving examples are assumed to have been sunk aboard the Santa Margarita and Atocha, with the exception of the Eldorado specimen--this type ultimately remained unavailable to such otherwise noteworthy collectors of Latin American coins as Fonrobert, Ulex, Guttag, and Vidal Quadras y Ramón, with the issue also notably absent from the holdings of Eliasberg. One of just three surviving specimens to come to market in the last 20+ years, the present offering is by far the finest known, outranking the Eldorado example by a full 6 grade points (AU58 PCGS), with the next finest at NGC being a mere MS61.

Though the surfaces exhibit some light stippling in line with its time spent underwater, both sides otherwise showcase brilliant originality, the strike just mildly off-center on its irregular flan, permitting full appreciation of one of the fullest dates known on the type. Unsurprisingly, such condition has been clearly recognized from the outset, this piece being chosen for inclusion in the incredible cabinets of Norweb and Ortiz, as well as additionally being plated in the Standard Catalog of World Coins, and Restrepo's Monedas de Colombia. According to Herman Blanton's census published in Numismatics International in June 2014, only 8 total representatives are known, one of which is permanently off the market in the Colonial Williamsburg Foundation 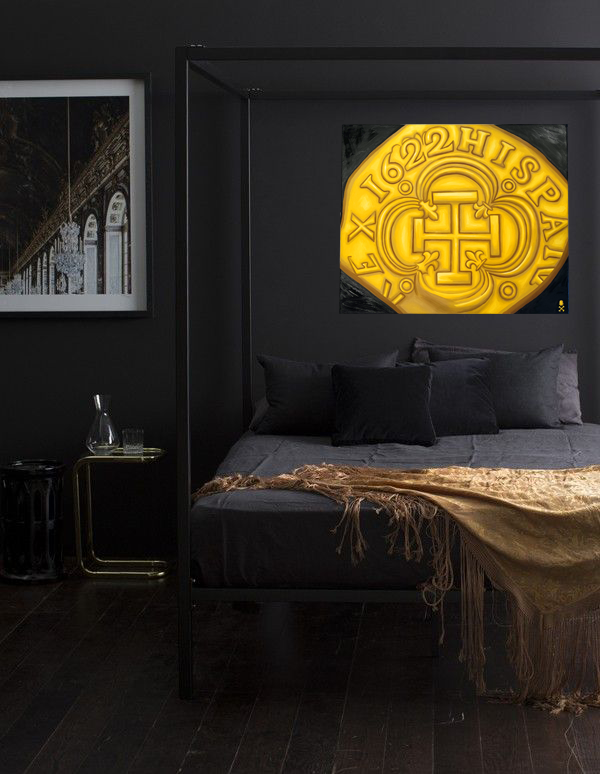 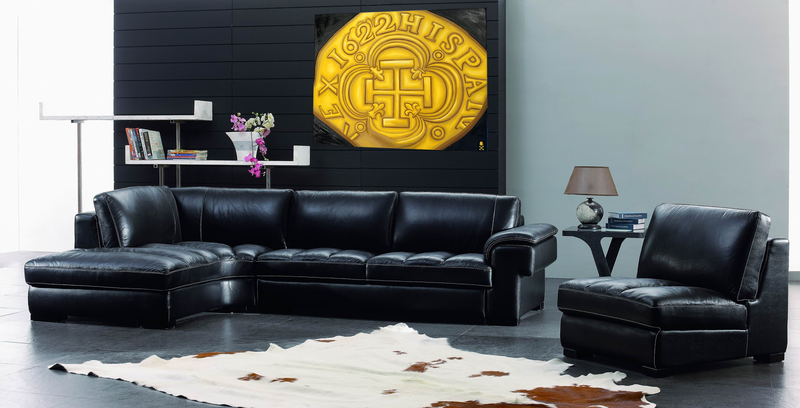 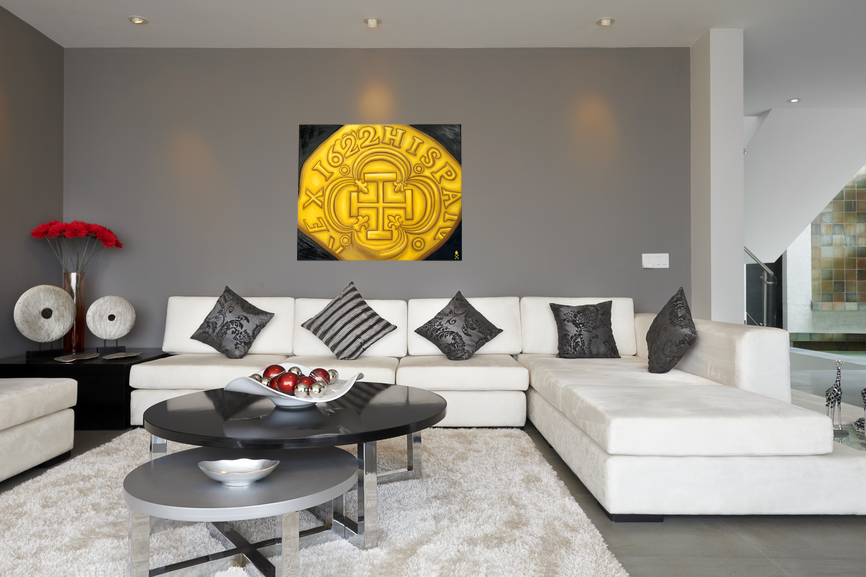 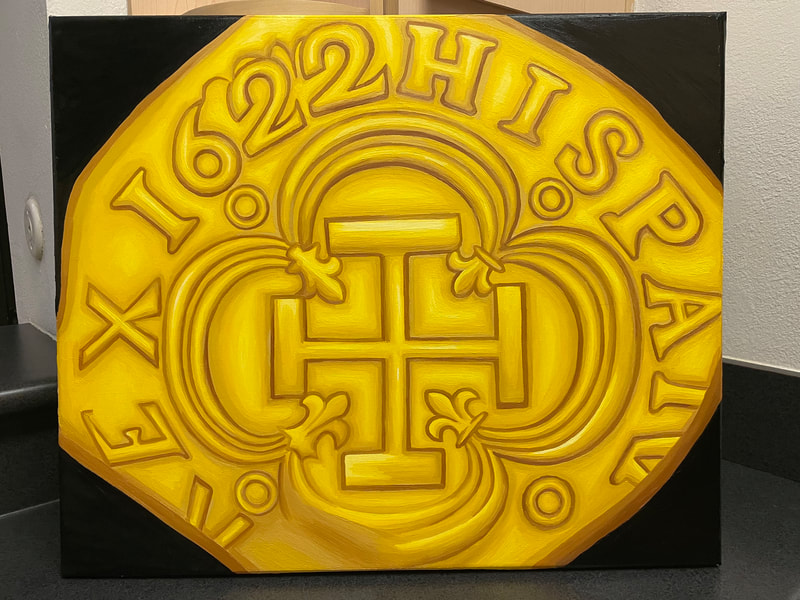 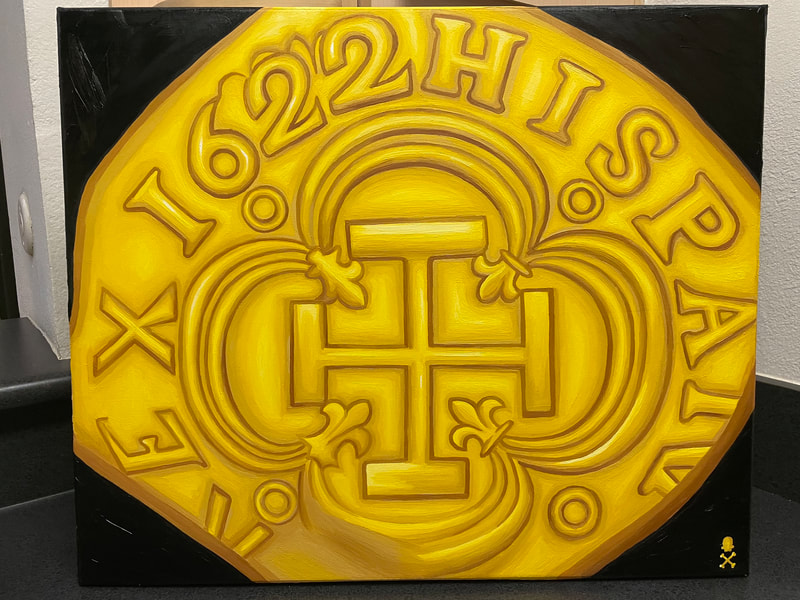 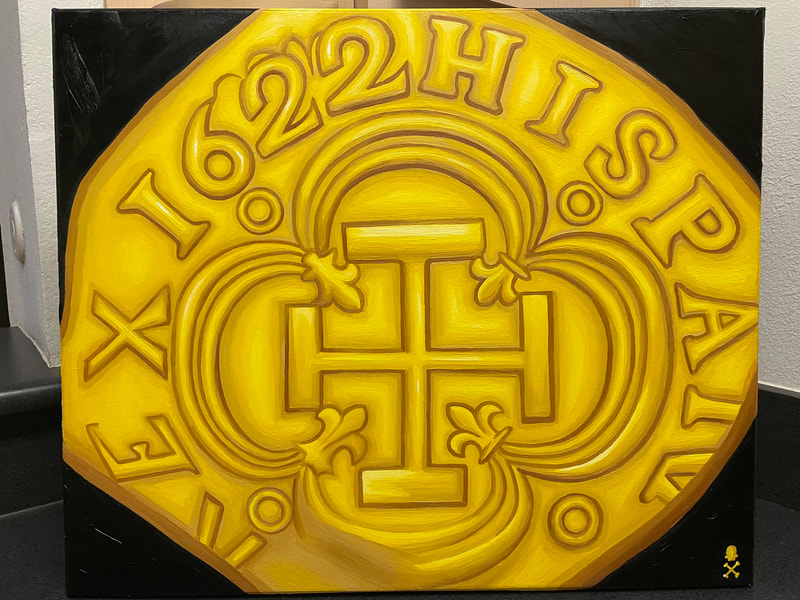 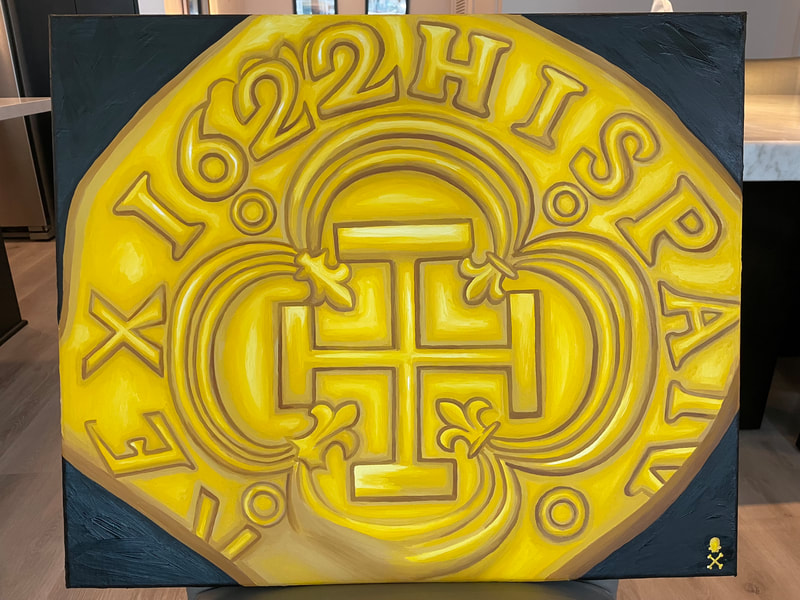 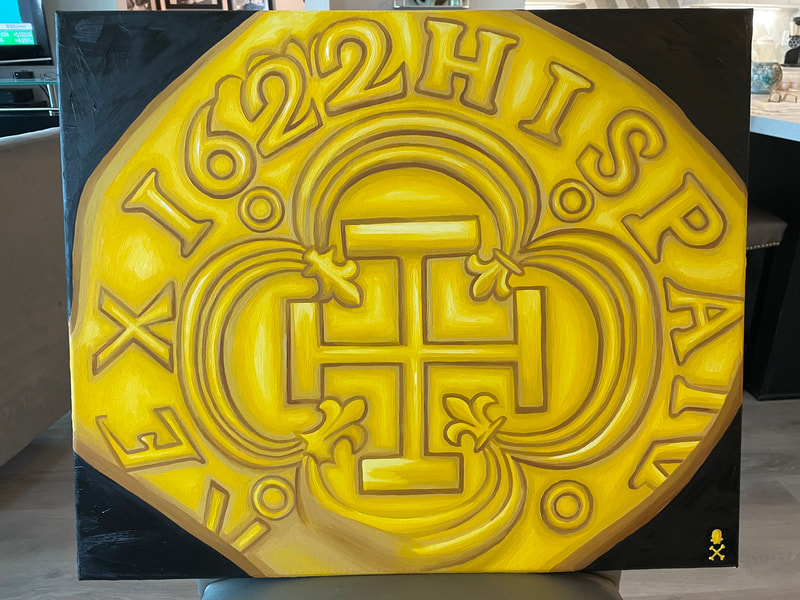 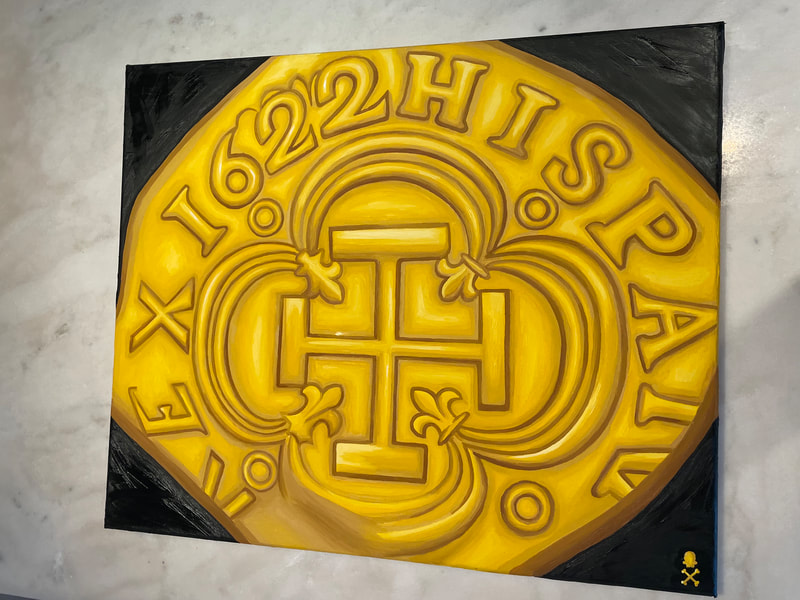 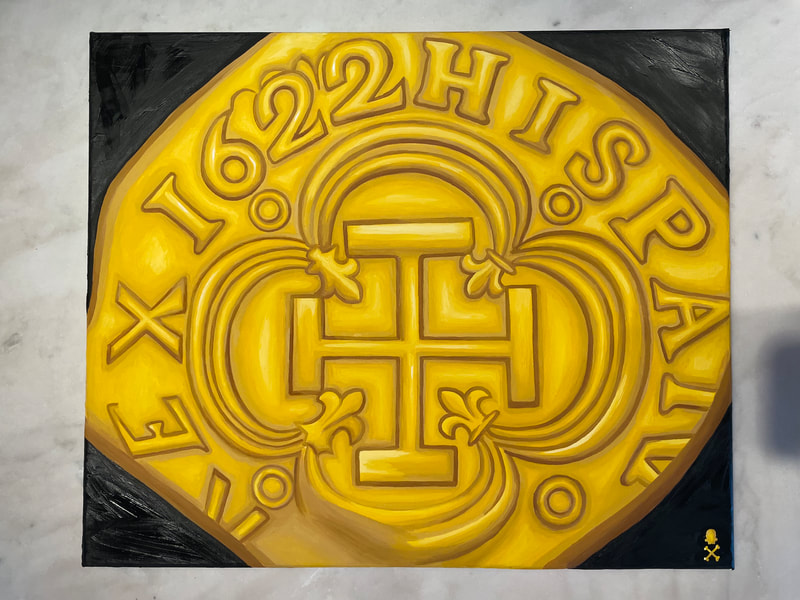 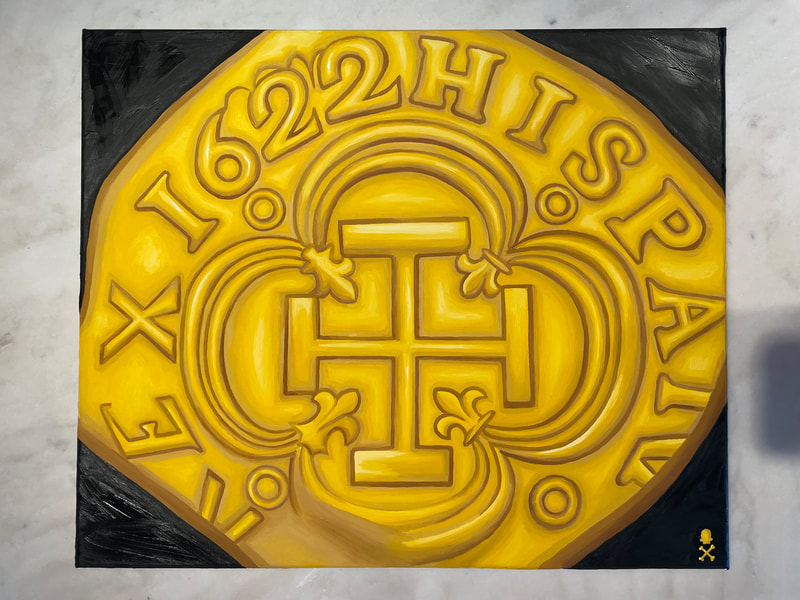 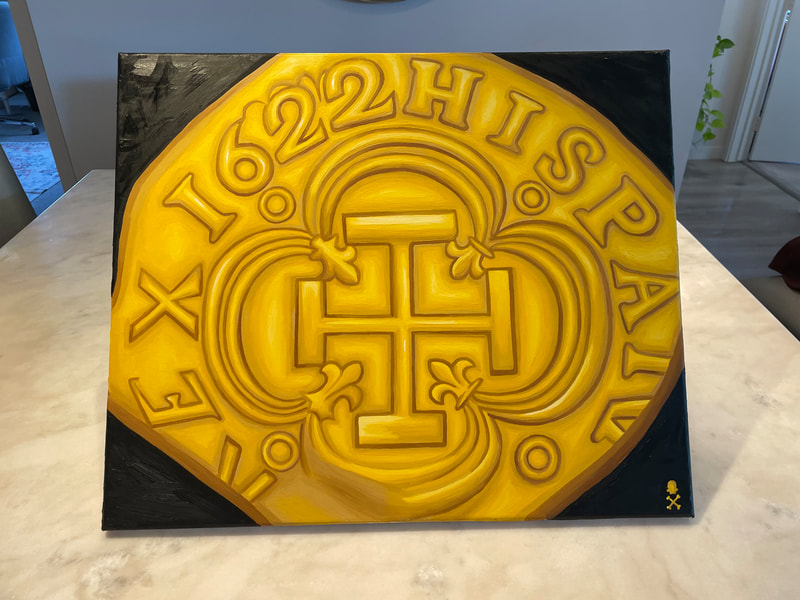 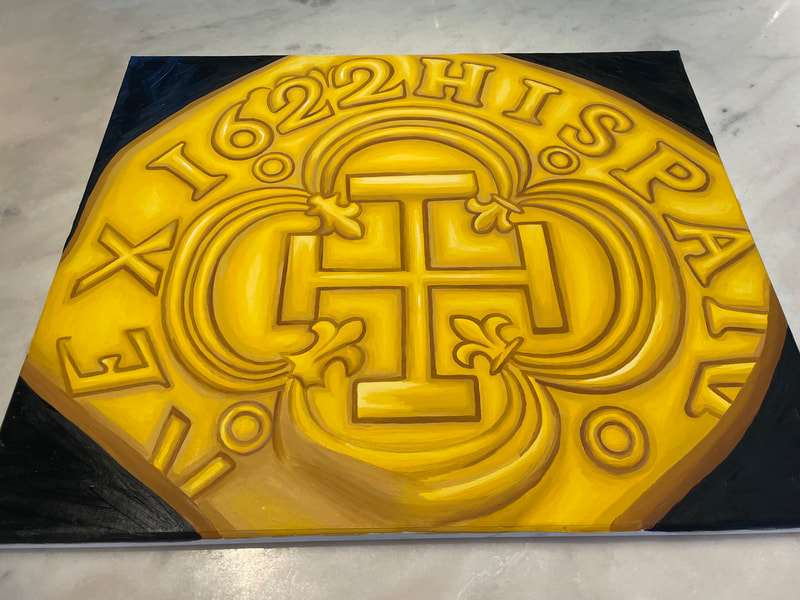 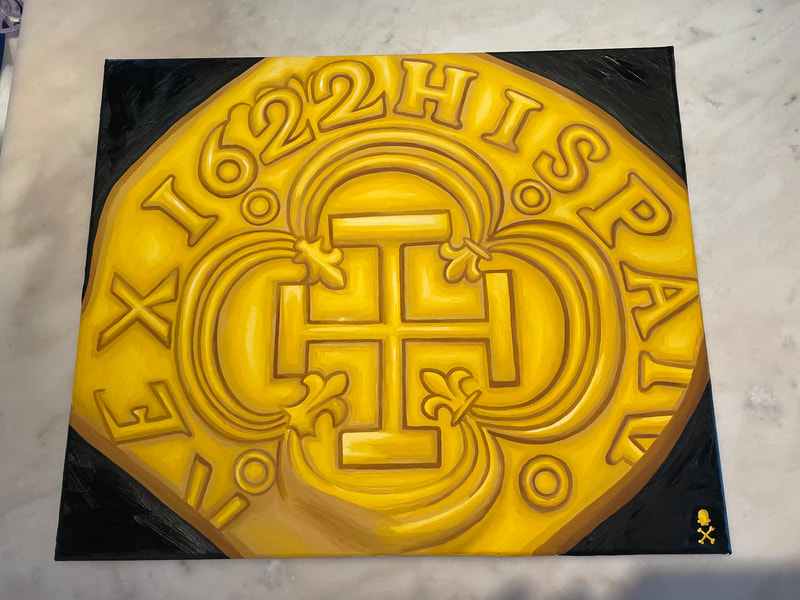