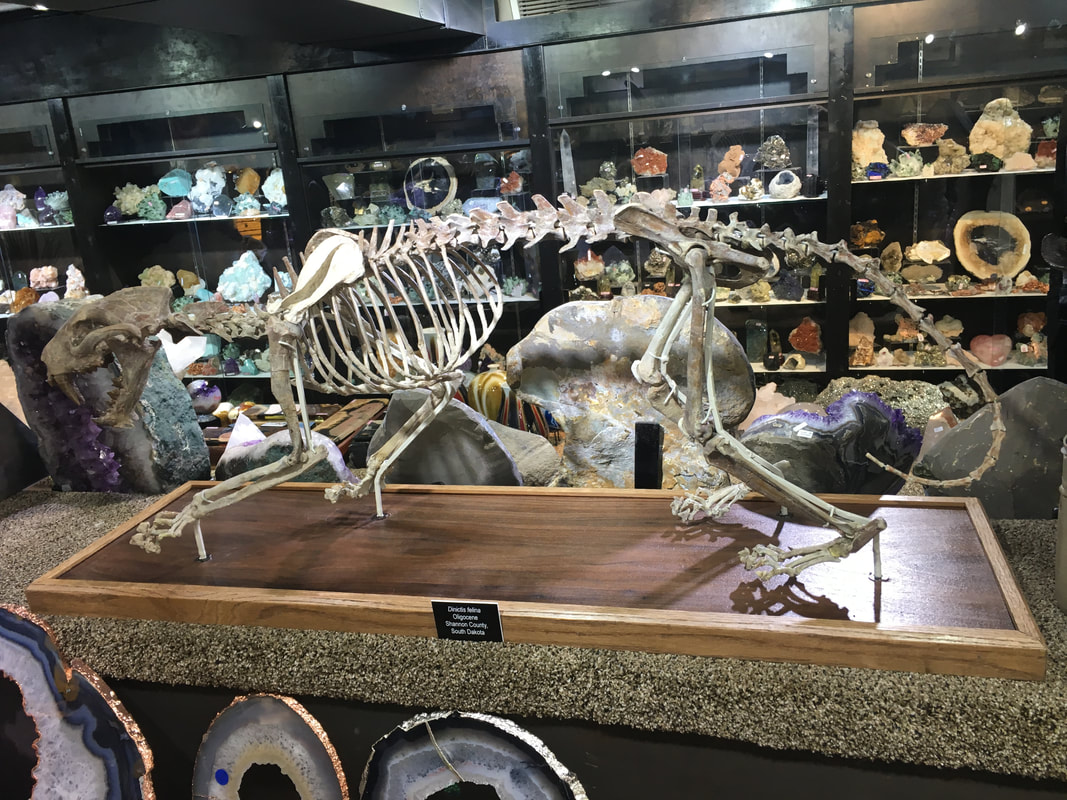 Click above image to view in eBay store
Pirate Gold Coins Treasures of the Jurassic is honored to present this Cat also known as the "False Saber Tooth" found in South Dakota!
Dinictis felina Oligocene.
Dinictis is a genus of the Nimravidae, an extinct family of feliform mammalian carnivores, also known as "false saber-toothed cats". Assigned to the subfamily Nimravinae, Dinictis was endemic to North America from the Late Eocene to Early Miocene epochs (37.2—20.4 million years ago), existing for about 16.8 million years. Dinictis had a sleek body 1.1 m (3.6 ft) long, short legs 0.6 m (2.0 ft) high with only incompletely retractable claws, powerful jaws, and a long tail.
It was very similar to its close relative, Hoplophoneus. The shape of its skull is reminiscent of a felid skull rather than of the extremely short skull of the Machairodontinae. Compared with those of the more recent machairodonts, its upper canines were relatively small, but they nevertheless distinctly protruded from its mouth. Below the tips of the canines, its lower jaw spread out in the form of a lobe. Dinictis walked plantigrade (flat-footed), unlike modern felids.
It looked like a small leopard and evidently its mode of life was similar to that of a leopard. It was probably not so particular about its food as its descendants, since the reduction of its teeth was still in the early stages and Dinictis had not forgotten how to chew. Despite this, in its own environment, it would have been a powerful predator. 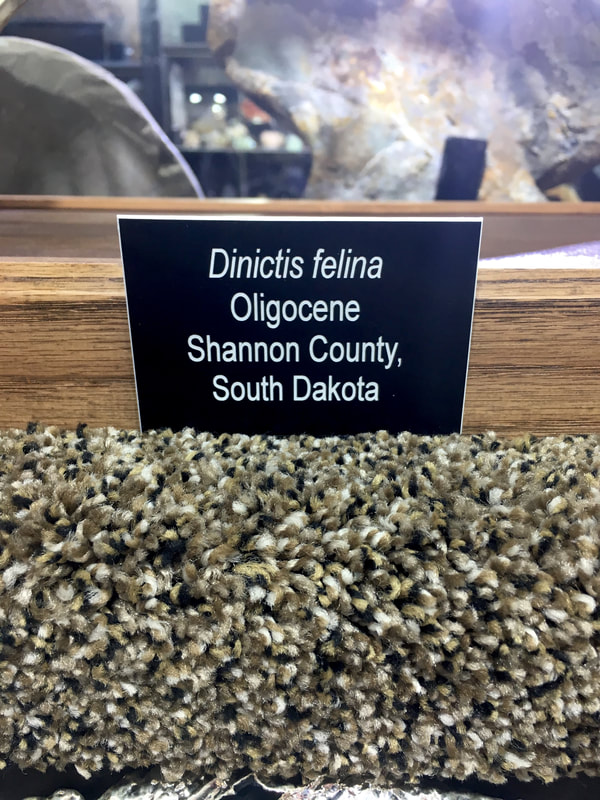 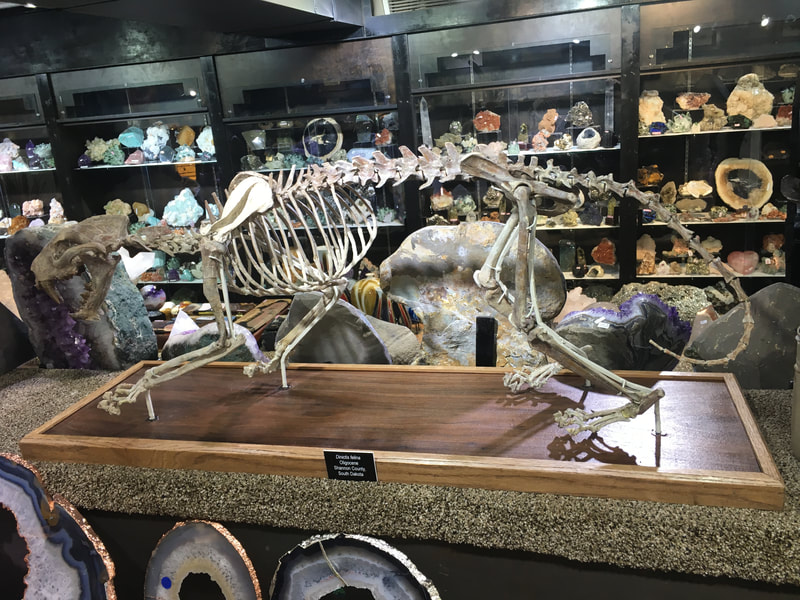 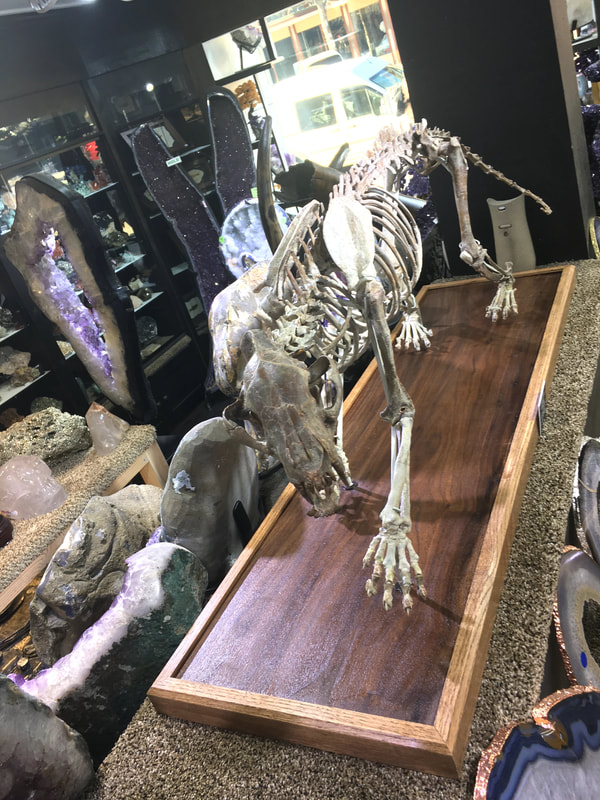 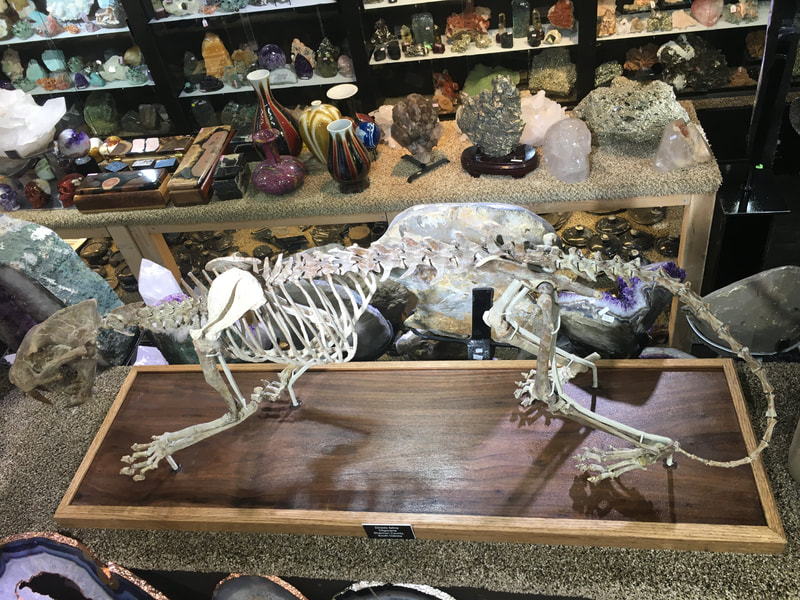