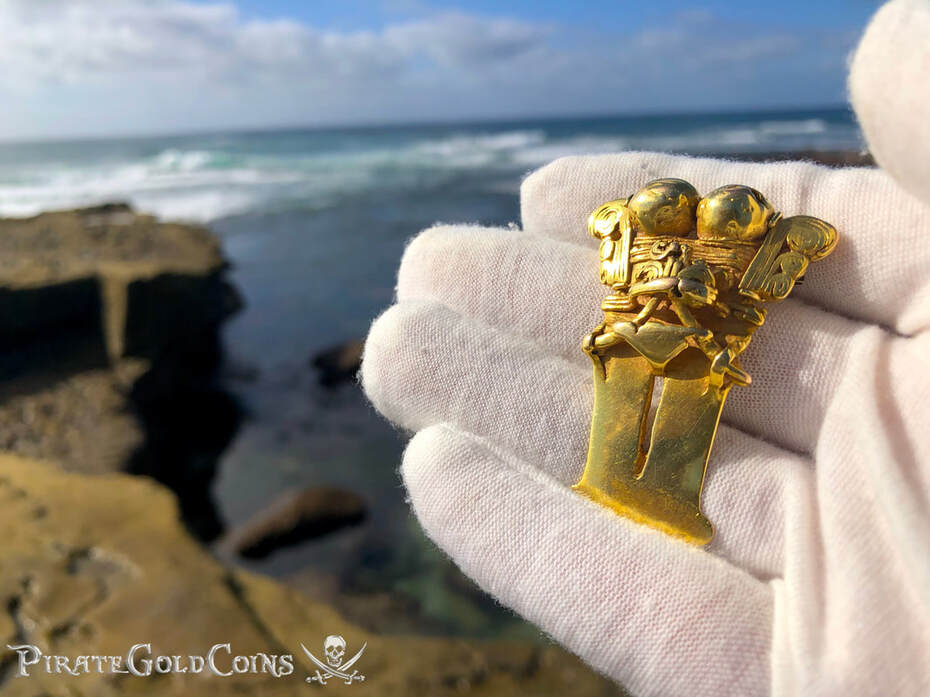 Cast tumbaga in form of a miniature standing mythological creature with large snout with two ropes curving out from under chin to be held by its hands each side, the broad forehead with the two eyes flanked by spiral designs, two dome-shapes at top. Fashioned into a pin with modern gold work. In good condition, possible loss to top of snout.
Height: 2 inches

Growing up poor as an illegitimate son of a prominent military commander from a tough part of Spain, Francisco Pizzaro arrives in South America in 1532. He was illiterate but a good solider, he followed rumors to an empire laden with gold. He was searching for a mysterious people called the Incans.

The Incans had built the single largest empire the world has ever known, with roughly 20 million people controlled by 3000 square miles. The roads here were supposedly built even better than the Romans. The Incans are masters at crafting gold and silver ingot fantastic ornamental jewelry. Most of the gold goes to worship their provider the god of the sun. Incans believed they were the children of the sun which gave them the divine right to go out and conquer people who were “less than.”

When Pizzaro shows up the terrain is rough, the jungles and mountains are constantly raining with dangerous snakes and spiders. After a month of slashing away at the warm humid jungle wearing armor they make their way thru what is present day Peru.

They find small villages on the outskirts and are told the main city is at the top of the mountains. As they climb the nights get freezing and they days are hot. As they get to the main city the Incans are mesmerized by the Spanish horses they think they might even be part deer part human which there were depictions of on their walls (they had never seen a horse yet).

Pizzaro tells them they want to trade for gold but tells his men to have their weapons ready. 168 men arrive and find the Incan king and his ten thousand warriors. The king welcomes them thinking they are new friends and then the Spanish spontaneously launch their attack. After two hours of fighting, only ONE Spaniard is injured and they had slaughtered 5,000 Indians, one of the most unbelievable fights in history.

The King says he’ll give the Spanish whatever they want and Pizarro tells them to fill a room the same size as his cell with gold, which was 22ft x 17ft x 9ft. They filled the room not only with gold value but these were exquisite works of art. The king is released but he’s kept under house arrest. For half a year the gold pours in from all corners of the Incan Empire, the room promised is OVERFILLED 20x OVER! 11 tons of precious treasure!

The Spanish are still not satisfied, they patrol the outskirts harassing and searching for more treasure. They find their way to Cuzco, the capital and where the majority lived. The Incans do everything they promised and yet the king is still not released.

On July 26, 1533, after 8 months in captivity, he’s murdered. Pizzaro believed if he let him go, the king could raise an army and attack back. Warriors fled into the jungles and after 2 years they began a 20 year gorilla war. Land is divided between the Spanish and the remaining Incans. Frightened natives tell rumors of a new city of gold, even more than the Incans and Aztecs combined. They said the king was even to have skin of gold, they called him the gilded one El Dorado. 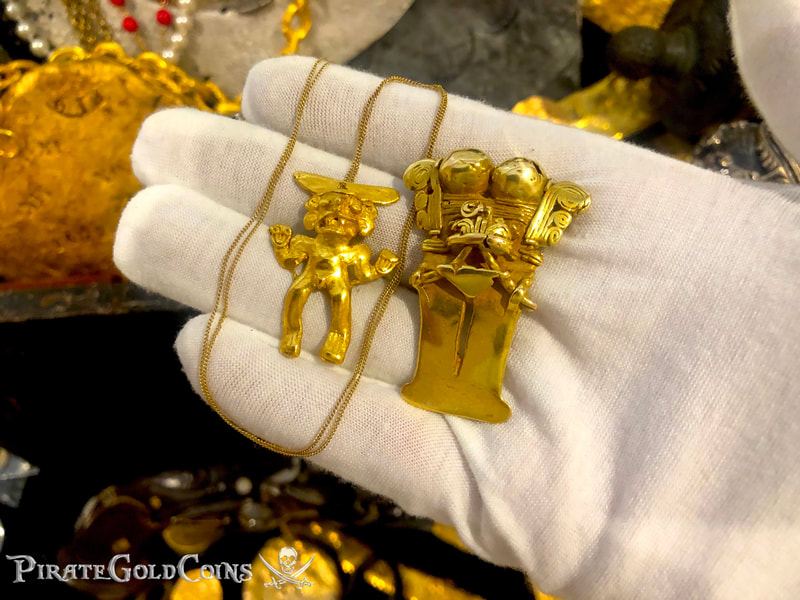 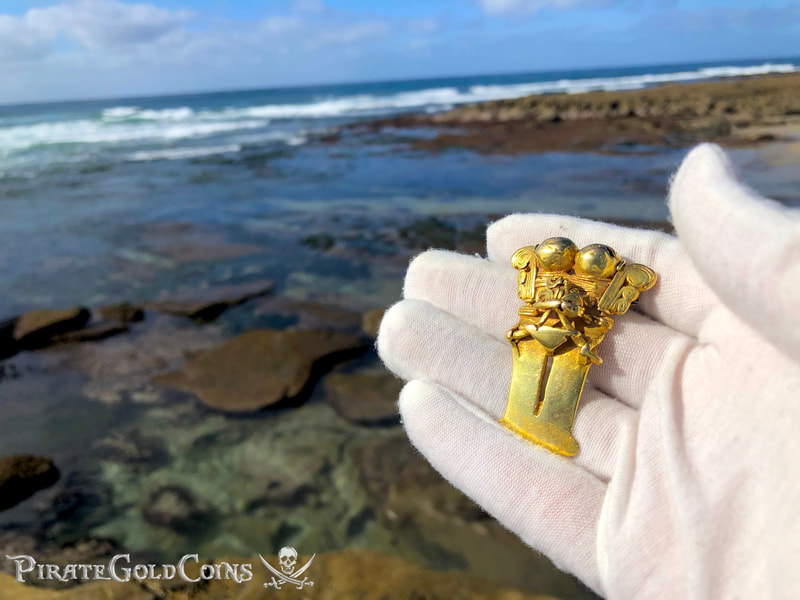 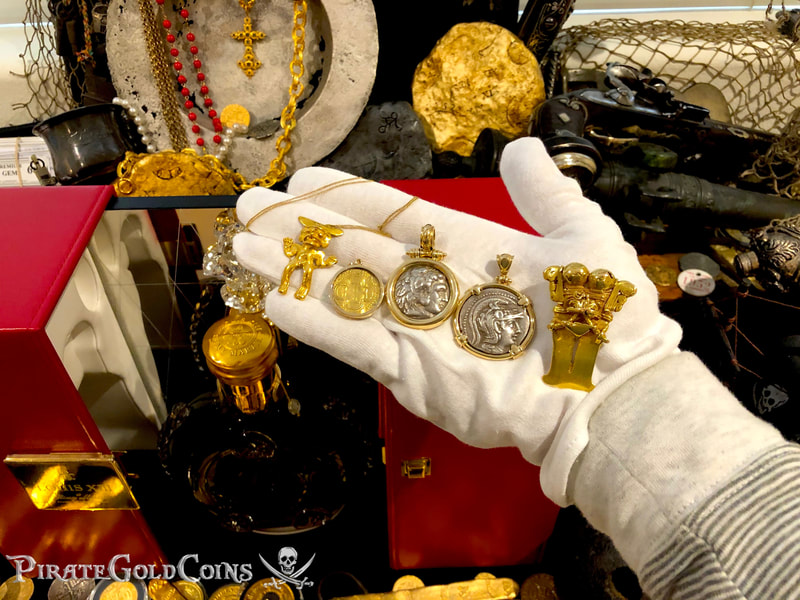 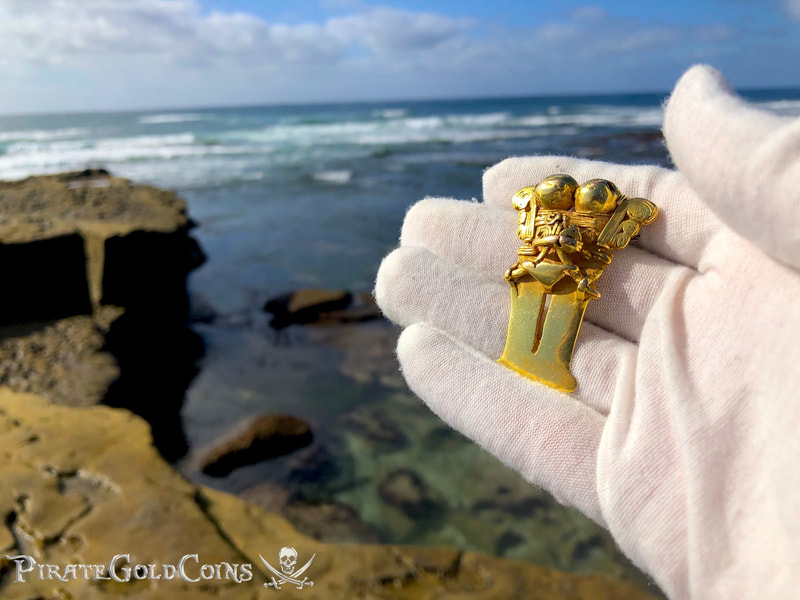 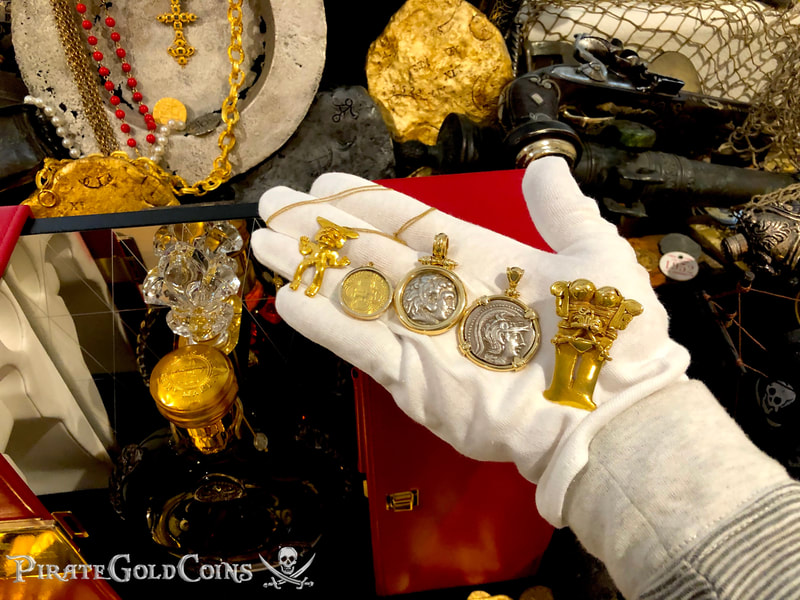 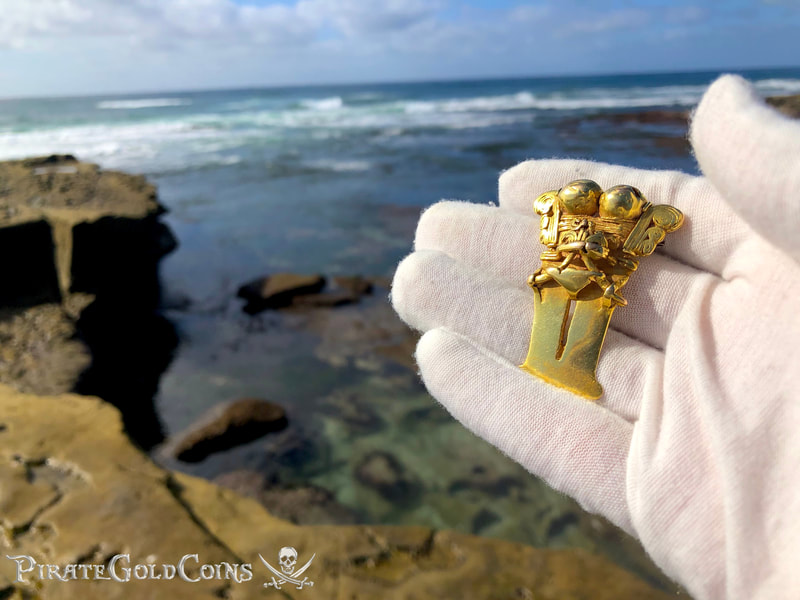 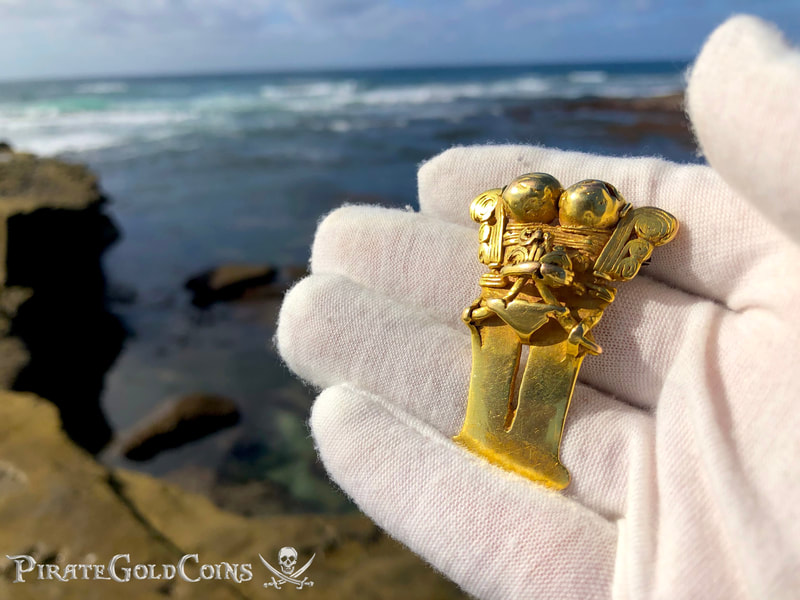 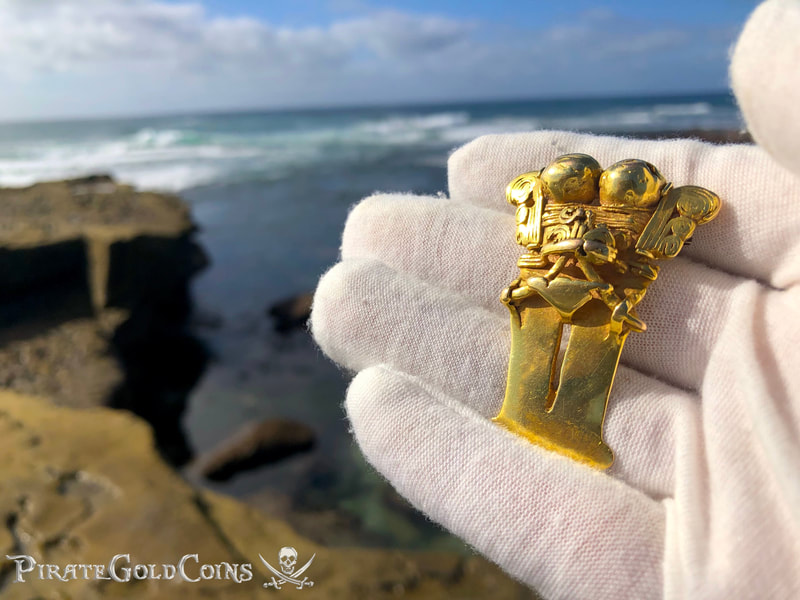 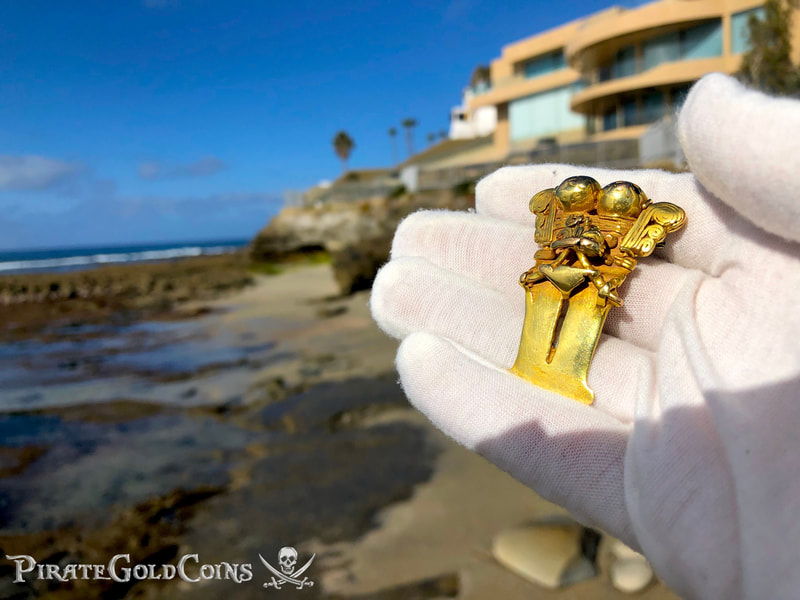