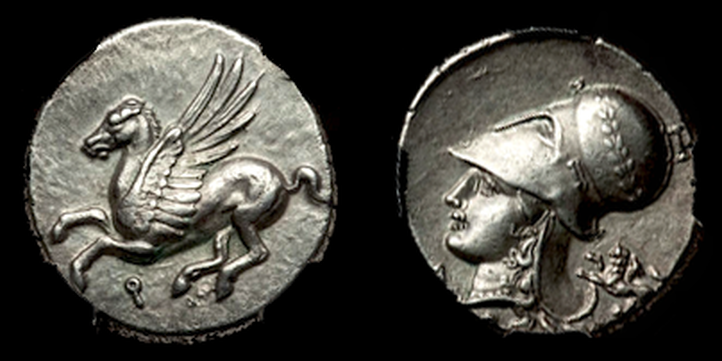 Pegasus is one of the best known creatures in Greek mythology. A winged divine stallion usually depicted in pure white, he was sired by Poseidon as a horse-god. Greco-Roman poets write bout his ascent t heaven after his birth and his obeisance to Zeus, king of the gods, who instructed him to bring lightning and thunder from Olympus. Pegasus was captured by the Greek hero Bellerophon near the fountain Peirene with the help of Athena and Poseidon. Pegasus allows the hero to ride him to defeat a monster, the Chimera, before realizing many other exploits. His rider, however, falls off this back trying to reach Mount Olympus. Zeus transformed him into the constellation Pegasus and placed him in the sky. 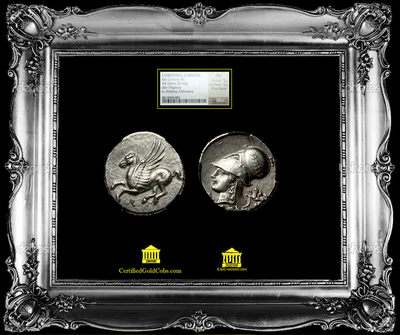 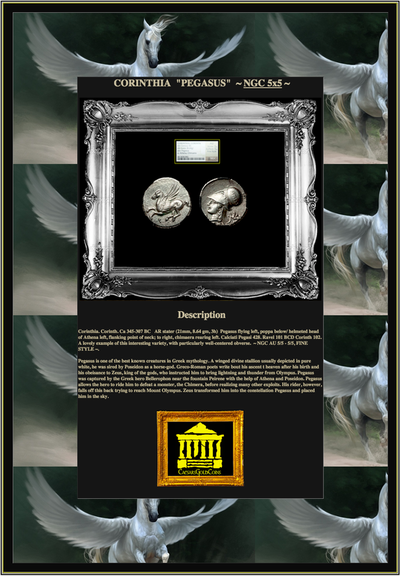 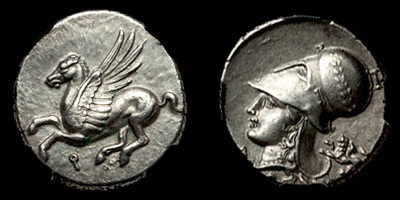 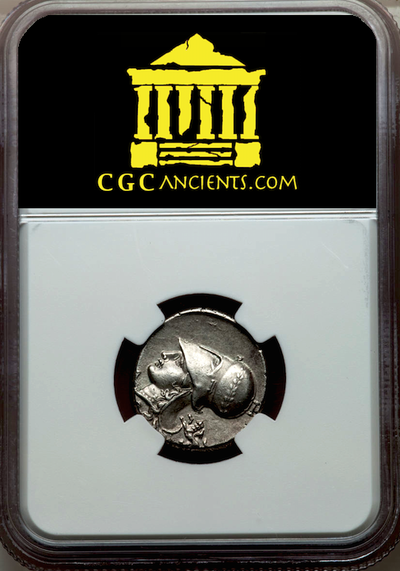