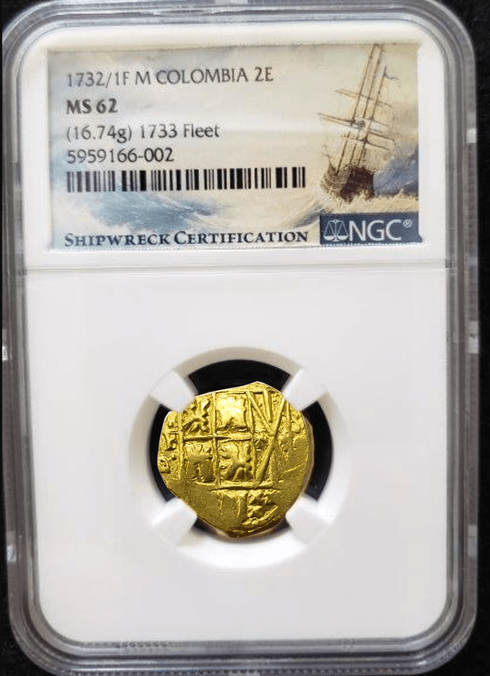 Click above image to view in eBay store
WOW!  Another UNIQUE / FINEST KNOWN of this incredible find ~ any Gold Doubloon from the 1733 FLEET is quite an important discovery.  But, this is an Over Date 1732/1.  Before this discovery there hasn't even been a 1732 known!25

COLOMBIA 2 Escudos 1732/1 "From the 1733 Fleet Shipwreck! NGC 62! A Recovery from the El Rubi site of the 1733 Fleet Shipwreck. An unlisted and unique overdate! Final issue of Assayer Sanchez. (We aren't trying to be confusing the dull photo is the authentic photo, we photoshopped a better picture in it tho since the photo wasn't great) This is an intriguing Bogota two escudos for several reasons. First of all, it is a major Bogota mint rarity. Joe Lasser could not find a 1732, much less an overdate. 1732 was a transitional year at Bogota with assayer Molano replacing Sanchez de la Torre who had served since 1722. Flanking the shield is the split mint mark FS with dots above and below each letter. This is Sanchez's style, while Molano immediately added his initial (M) to the right of the shield. The cross and tressure are same stle as found on 1730-31 Sanchez issues, and the planchet is large (20 mm). Molano inaugurated the use of a more compact 18mm flan, the other three 1732 known are compact flan issues of Molano.

This Bogota two escudos is an ocean coin and could only be a recovery from the 1733 Fleet. Before the 1733 Fleet was salvaged in 1960's, this date and overdate were unknown. The earliest salvors of the 1733 Fleet, Art McKee and others, reported finding a few Bogota two escudos dated 1731 and 1732 on the 1733 sites, especially on the Cabin Patch site now known as the wrecksite of the capitana El Rubi. Unfortunately, no original documentation accomplanied the quiet first sales of these historic pieces into the marketplace. Nevertheless, we can be sure of the provenience of these choice ocean coins because no other wreck-site has yielded 1731-32 Bogota Escudos.

This coin is lustrous, virtually mint state, and full weight at 6.75 grams. It has a boldly struck shield and nearly a full shield and tressures. The mint mark FS flanks the shield. Below the F to the left of the shield we can see a D, part of Dei Gratia in the obverse legend. The reverse legend, usually completely absent on late Philip V issues, reads HISP(ANIARUM REX 17)32/1. The surfaces show a very light sea effect and some marine deposits indicative of the Florida Keys.
​
'Click Here to read more about 1715 Plate Fleet Shipwreck' 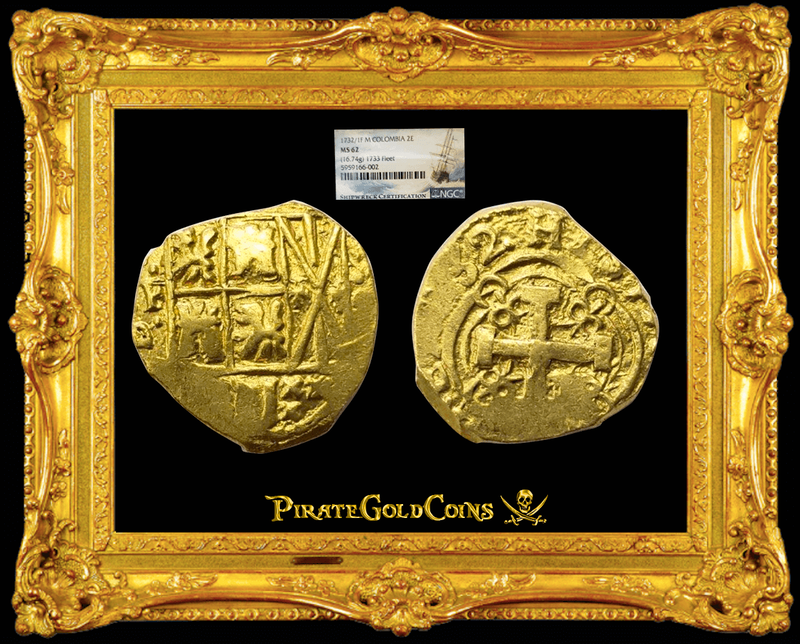 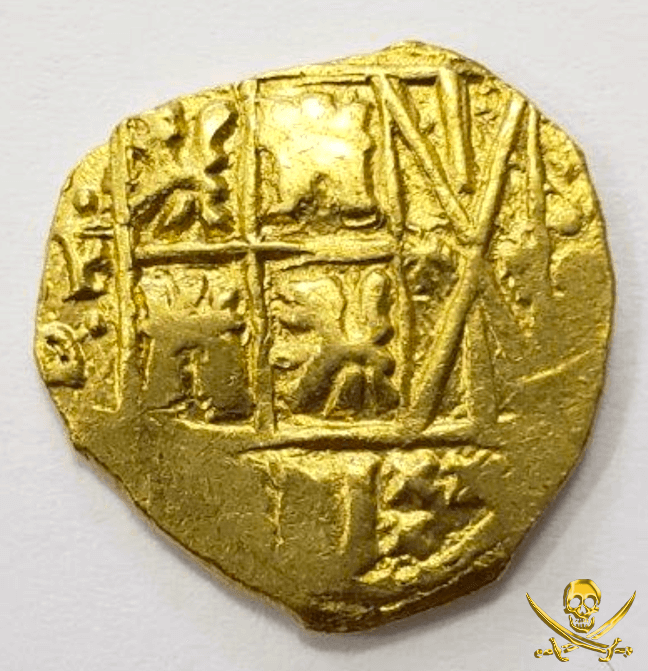 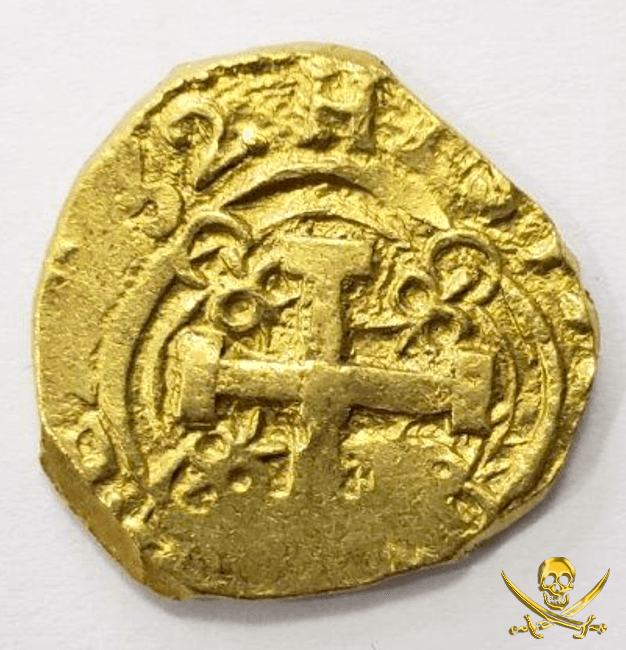 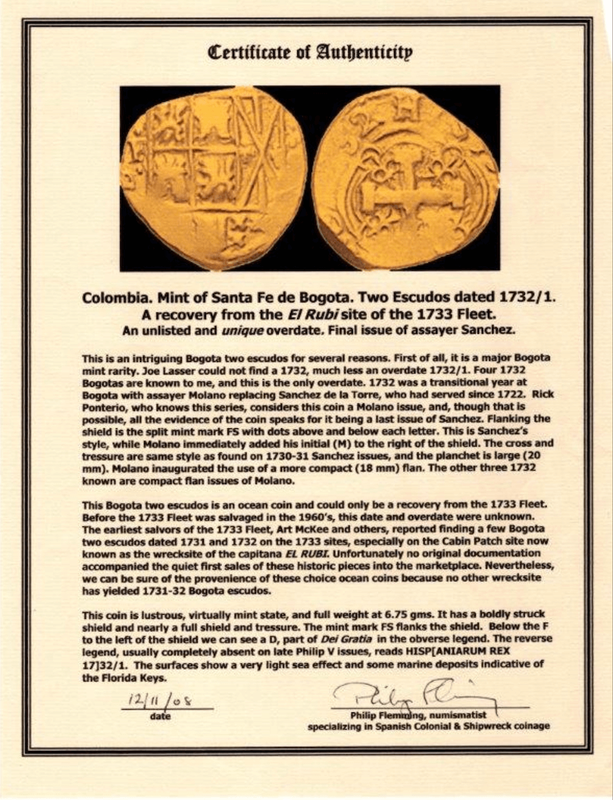 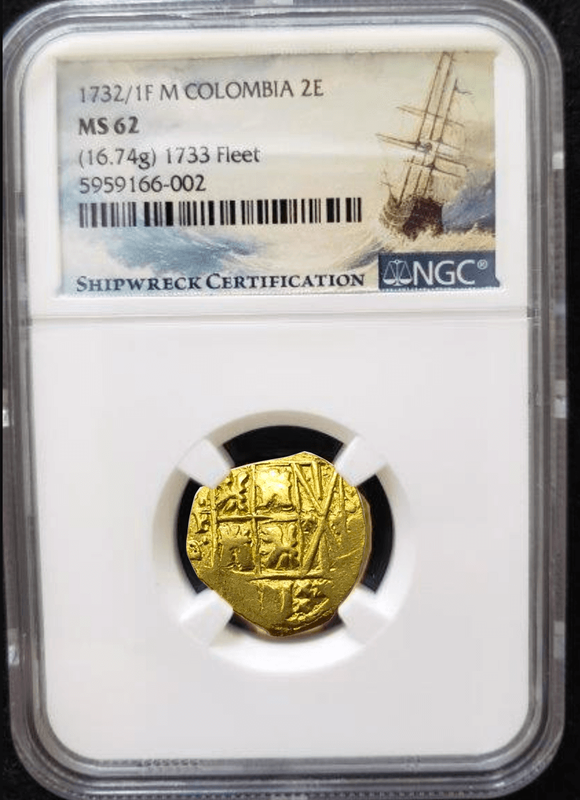 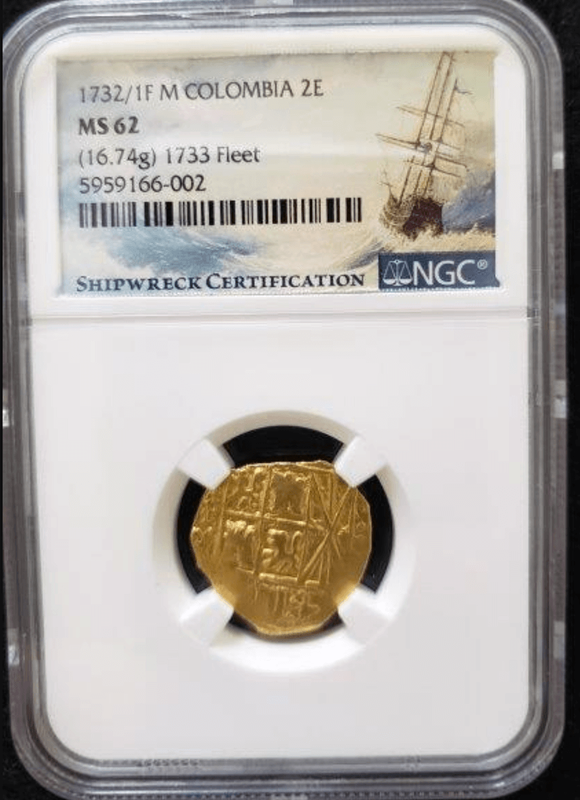