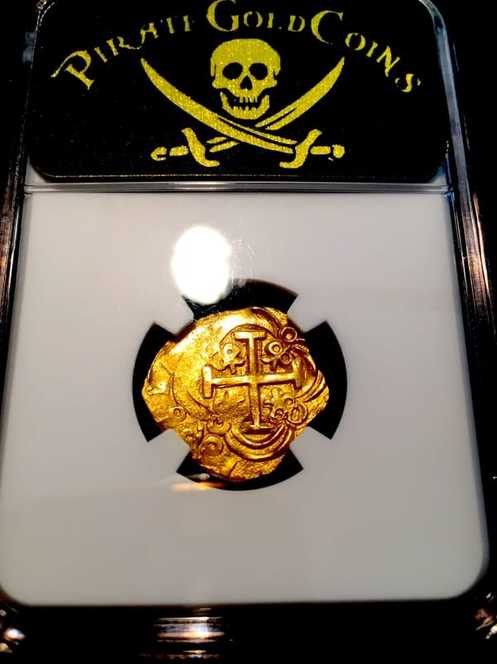 Click above image to view in eBay store
COLOMBIA  2 ESCUDOS DOUBLOON GOLD COB 1696  FULL DIGIT DATE ERROR STRIKE WITH BACKWARDS 6, 9 AND 6!! NGC 63 MINT STATE! This beautiful (nicely centered FULL CROSS), has an “Error Strike” on it's FULL DATE of  "1696” with the last 3 digits being struck in Reverse!  The Obverse has the Assayer “ARCE” with RC showing.  This is very rare since the Assayer refused to place his required initials on ANY of the pieces he struck that were for King Philip, starting in 1700, so the only time it should be seen is on pre-1700, which this piece is; but keep in mind, there are not many pieces known that have survived in the 1600’s.  He (assayer) insisted on stamping as Charles II even after he passed (as he would never accept that Philip Vth from France was given the throne by Charles, which remember sparked the whole War of the Succession in 1700).  It’s amazing that this piece still has a gorgeous Golden tone Luster after being at the bottom of the Sea for 300 years!
FROM THE 300TH ANNIVERSARY SHIPWRECK DISCOVERY! COMES WITH FULL COA AND THE “DIVER’S ARCHIVAL PLASTIC TAG!”   THIS PIECE WEIGHS IN AT 6.8 GRAMS AND IS INCREDIBLY ROUND AND DISPLAYING A FULL SHIELD AND MOST OF THE MINT AND ASSAYER AND THE DENOMINATION OF II (TO THE RIGHT OF THE SHIELD).  THE RVERSE DISPLAYS A FULL CROSS (OLDER TEMPLAR CROSS OF LORRAINE) AND MOST OF THE SURROUNDING TRESSURE.  THE GOLD COLOR IS A NICE DEEP RICH GOLDEN LUSTER, JUST AMAZING AFTER BEING AT THE BOTTOM OF THE SEA FOR OVER 300 YEARS!  (Click 'HERE' or the ' Shipwreck History' Tab to read more about the 1715 Plate Fleet Shipwreck) 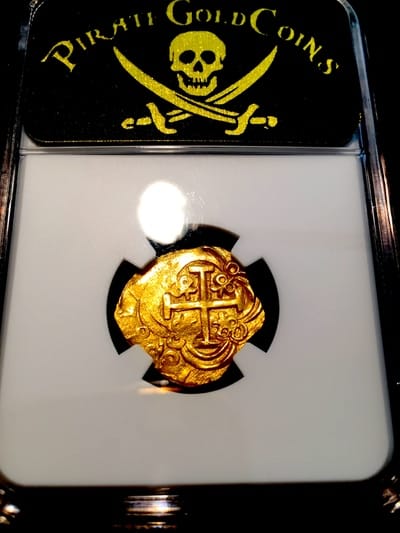 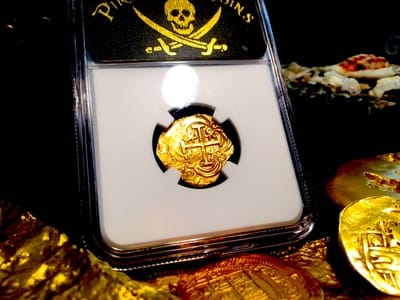 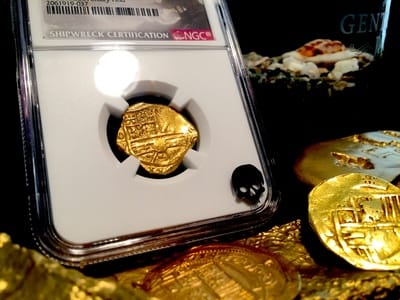 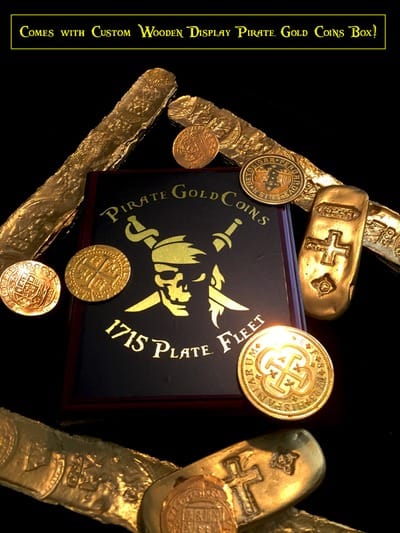 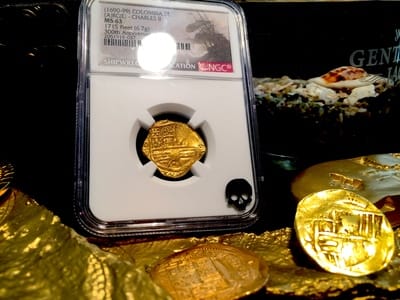 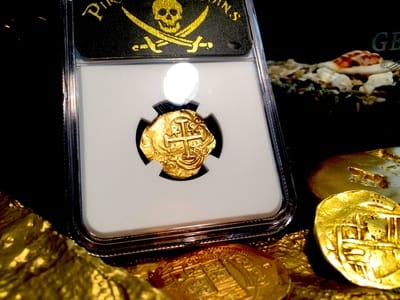 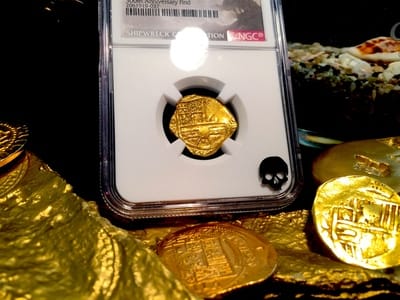 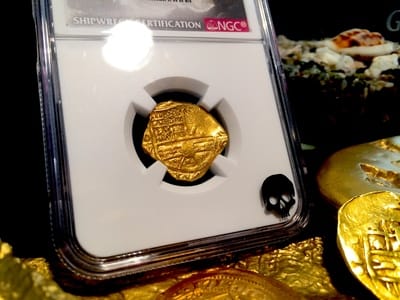 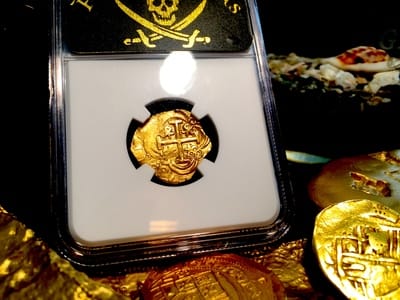 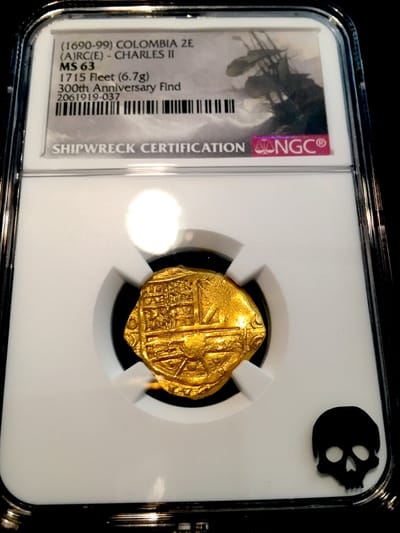 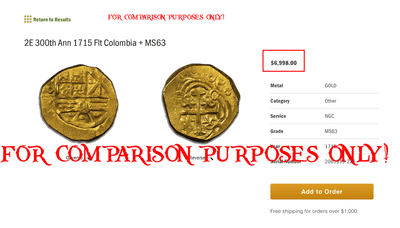 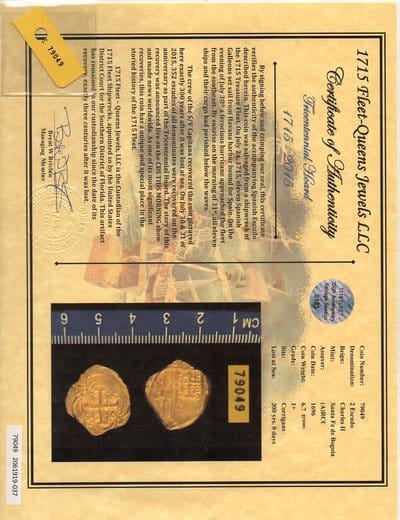