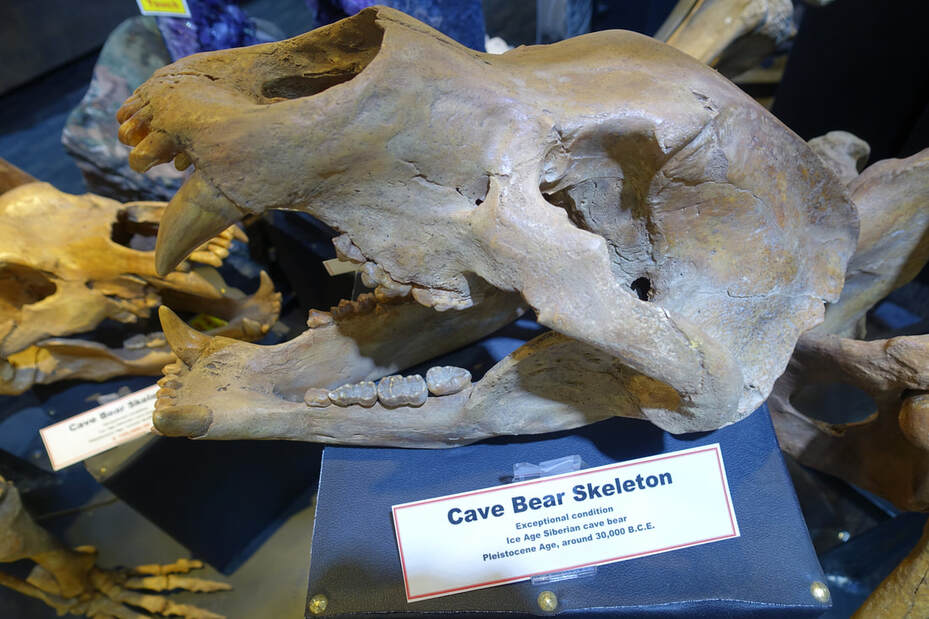 Click above image to view in eBay store
(1 SKELETON, WE WILL BE LISTING THE 2ND CAVE BEAR NEXT WEEK) Pirate Gold Coins Treasures of the Jurassic is proud to exclusively offer online this Siberian Cave Bear Skeleton from the Pleistocene Age (most likely the Ural Mountains of Russia), around 30,000 BC (PREHISOTRIC TIMES).
The word "cave" and th escientific name spelaeus are used becasue fossils of this species were mostly found in caves. This reflects the views of experts that cave bers may have spent more time in caves than the borwn bear, which uses caves for only hibernation. One of the largest great bears, this extinct species was worshipped and hunted by prehistoric man. This monumental skeleton really encapsulates the size and strength of such a creature. Cave bear skeletons were first discussed in 1774 by Johann Friederich Esper in his book Newly Discovered Zoolites of Unkown Four Footed Animals. Caves inhabited by Neanderthals have been found with Cave Bear skulls set on rock altars, often with carefully placed teeth and bones. Commonly believed these were the first of the large land mammals to die out. 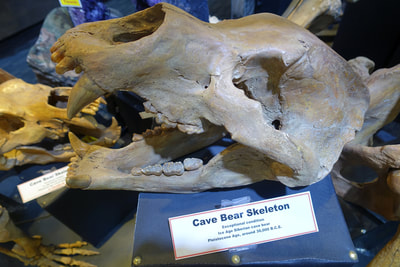 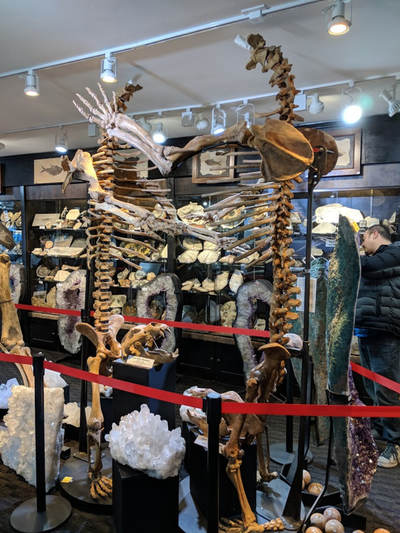 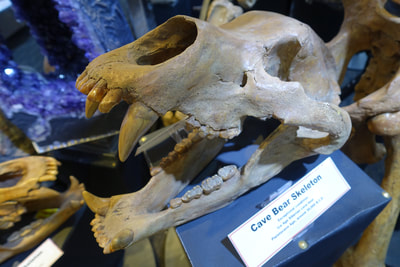