Justin II was emperor from 565-574 husband to Sophia, nephew of justinian and the Empress Theodora, therefore a member of the Justinian Dynasty. His Reign is marked by war with Persia and the loss of the greater part of Italy, he also presented the Cross of Justin II to Saint Peter's, Rome.

The historian Previte-Orton describes Justin as "a rigid man, dazzled by his predecessor's glories, to whom fell the task of guiding an exhausted, ill-defended Empire through a crisis of the first magnitude and a new movement of peoples." 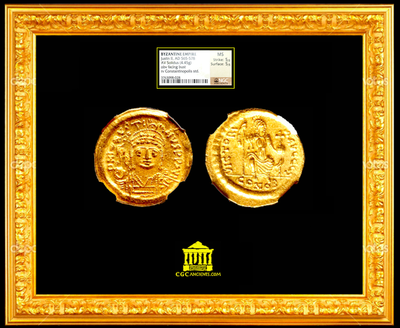 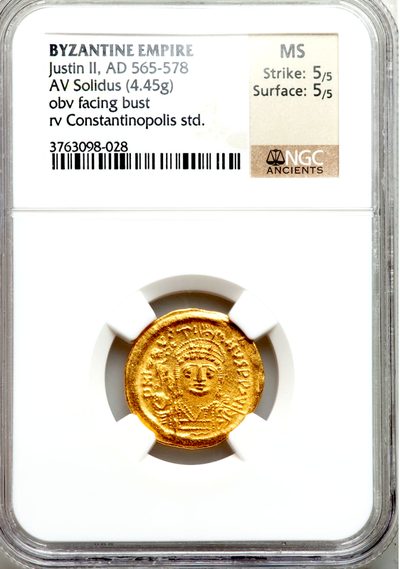 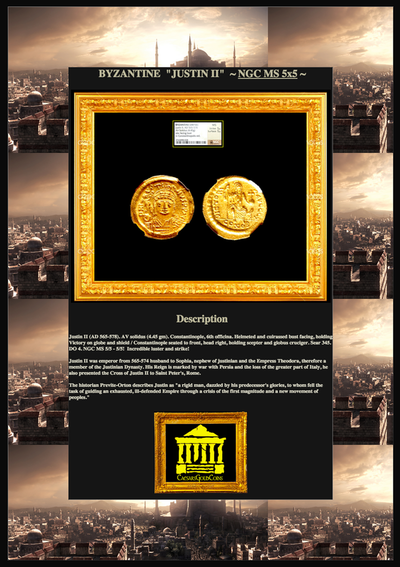 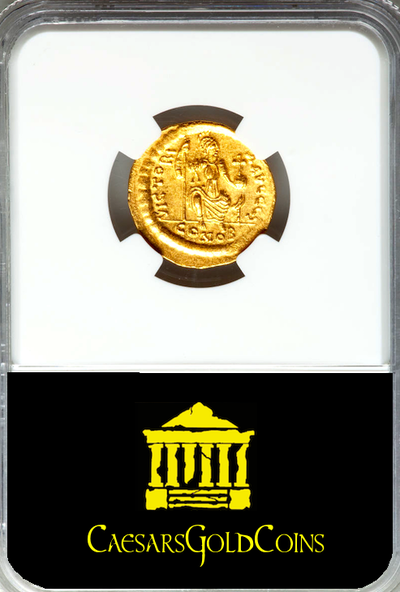