STRUCK FOR ROYALTY (TYPICALLY KINGS)!  These RARE Silver cobs / coins referred to as "ROYALS" were literally produced and presented to Royalty.  "ROYALS" are typically holed (I would estimate 95%++ have holes that have been struck through for gifts to be worn around the neck).  This piece is "UN-HOLED, making it even RARER than a typical "ROYAL."  This piece was minted from the famed Potosi mint (KM-R26; Lazaro-207) back some 330 YEARS ago!  ROYALS differ dramatically in their size and shape, generally much rounder and larger than the general strike for the time.  This piece has a very large planchet, displaying full legends (Front) POTOSI ANO 1682 EL * PERU   (ANO MEANING "YEAR").  THE YEAR IS STRUCK TWICE (DOUBLE DATE) ON THE FRONT AND ONCE AGAIN ON THE BACK "82."  THE REVERSE LEGENDS READ:  CAROLVS (CHARLES) II * D.G. (by the Grace of God) * HISPANIA.   DISPLAYING THE CROSS OF JERUSALEM WITH LIONS AND CASTLES.  THE STRIKE AND DETAILS ON BOTH SIDES ARE EXTREMELY STRONG, WITH DETAILED DEVICES AND EXCEPTIONAL TONING REFLECTIVE OF THE CENTURIES.

This piece originated from the POTOSI mint formerly part of the Viceroyalty of Peru (mint est.  1573) in 1682, was presented at that time and then was later (157 Years) used by Guatemala and Counter-stamped by that government (over 175 years ago).  This piece has reached back through history of over 330 Years and has been displayed and presented by several countries to Royalty and dignitaries.  An extremely RARE opportunity!  I've searched for many years before procuring this gorgeous piece! 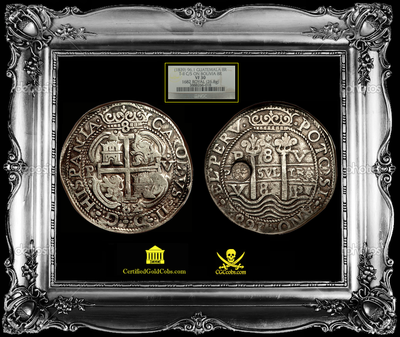 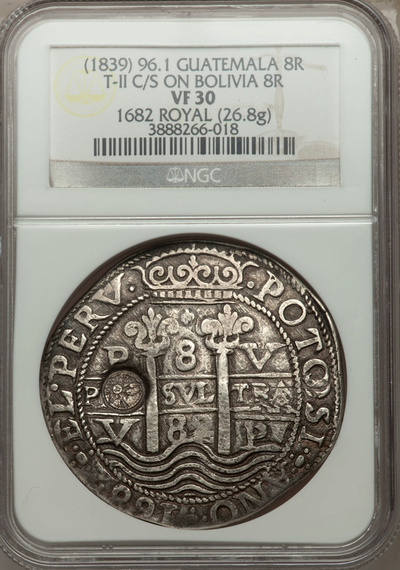 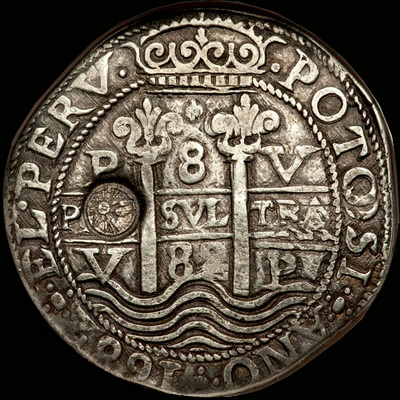 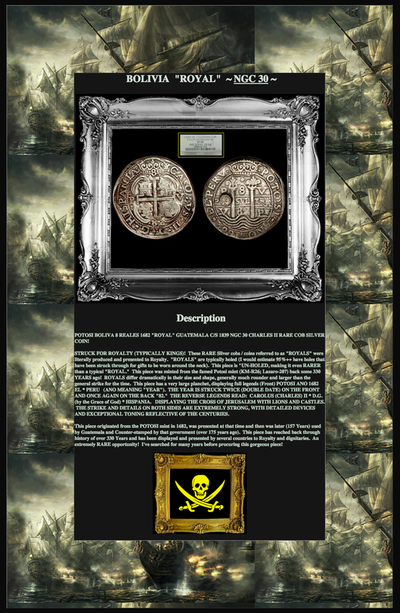 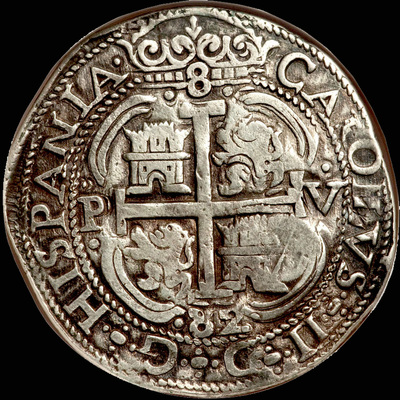 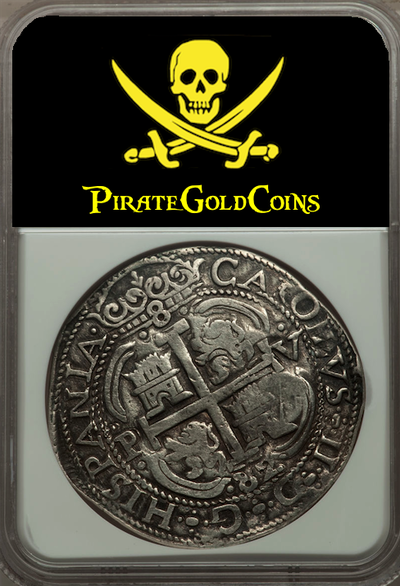