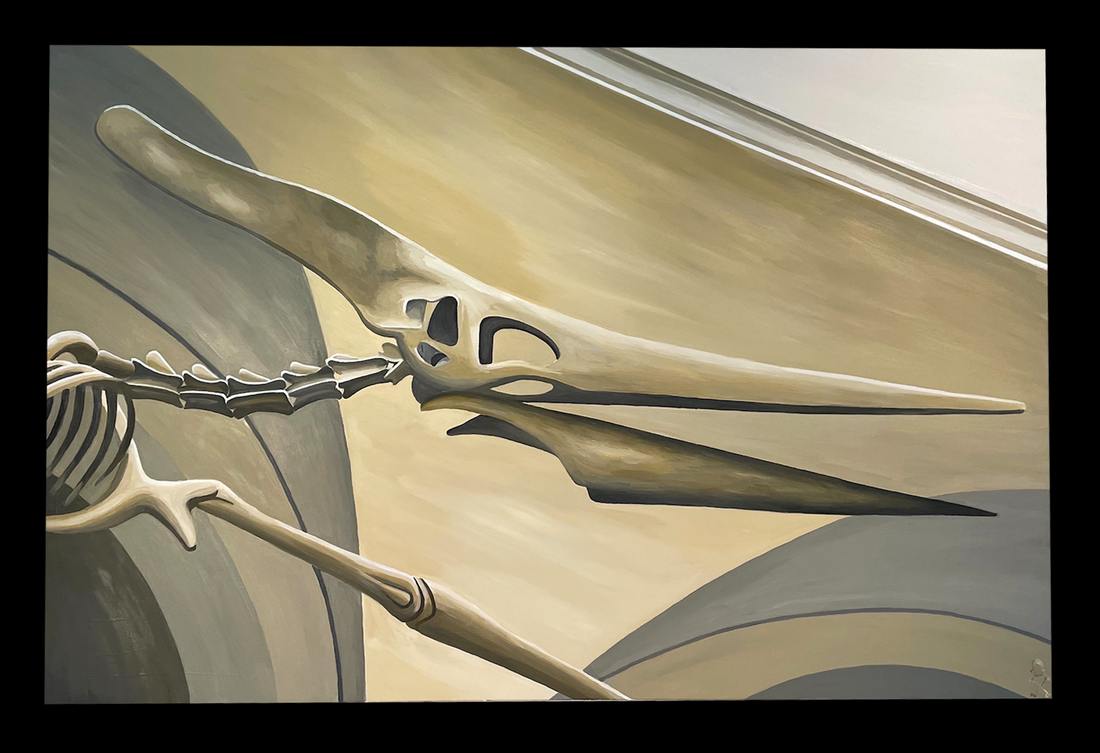 Click above image to view in eBay store
It doesn’t matter how powerful any entity is, whether it be animal or even an empire. Eventually all the power is transitioned to the new, and all that’s left is a fossil of what once was.

The nature of this creature’s power is deep, ancient, connected to history, to the archaic, and to myth.

This painting is meant to depict ancient power and the transition into a modern reminder, an artifact.  Time is a stronger force than any living thing, it will destroy anything and everything.

The third industrial revolution brought new kings of industry and modern-day empires. Now tech has created new empires that go far beyond physical barriers like countries and continents. Plutocrats fly about the world, like modern day Pterodactyls hunting, eating, growing. Who knows what will be next to make these modern-day dinosaurs extinct.

Our time on this planet is short, it does not matter how strong we once were. Decay and death are the final destination for every living thing, even kings and empires.

Some of our egos are so large we think we are modern day dinosaurs that rule this planet. I think fossils of these beasts are humbling because it’s a reminder that even the most ferocious creatures will die and meet their maker.

I also like the pterodactyl being on display in the painting. I find it symbolic to place the fossil on display as a memory or tribute to ancient strength. What once was considered power and strength, now a remembrance that the owner too will someday be just that; a dead, fossilized depiction of strength and power. 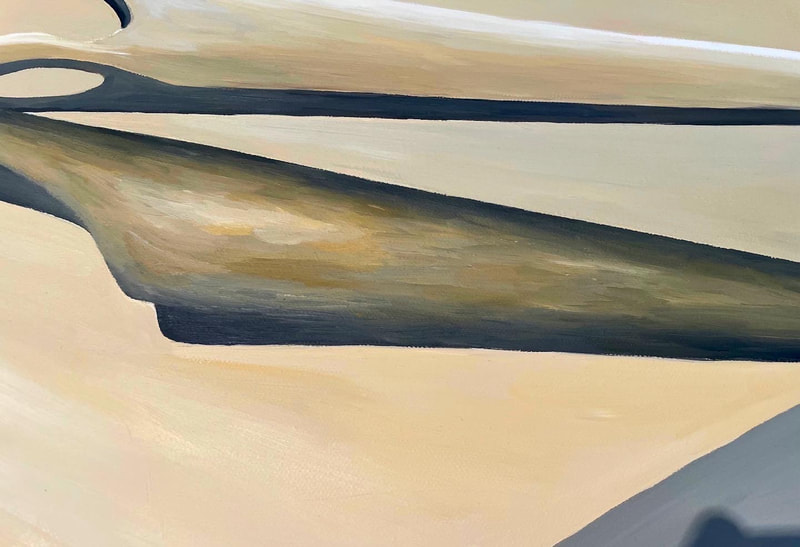 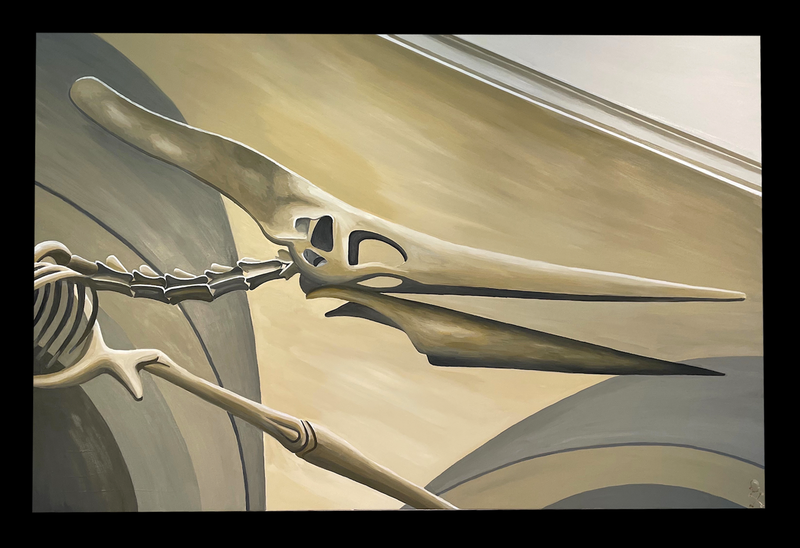 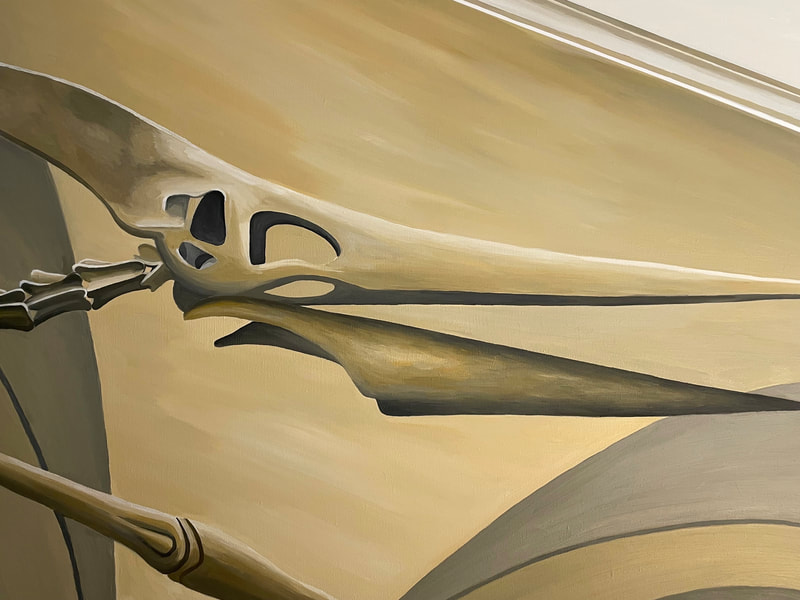 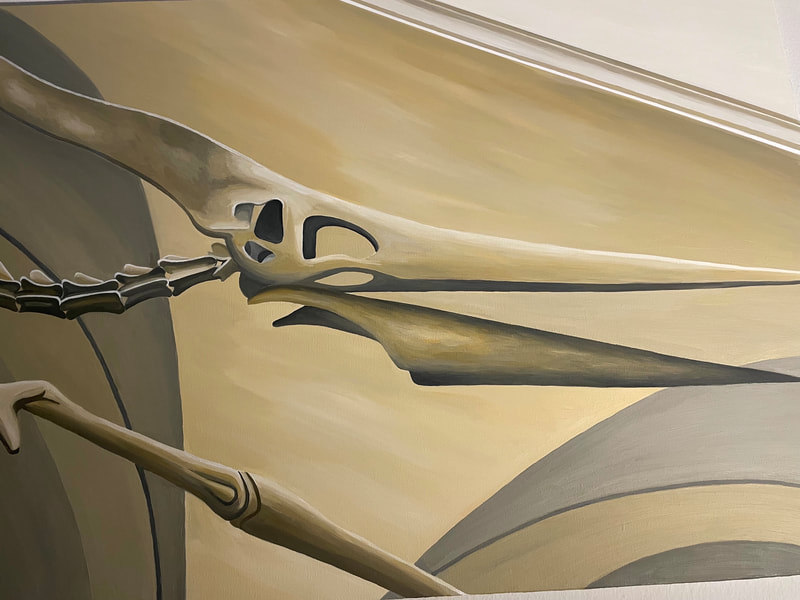 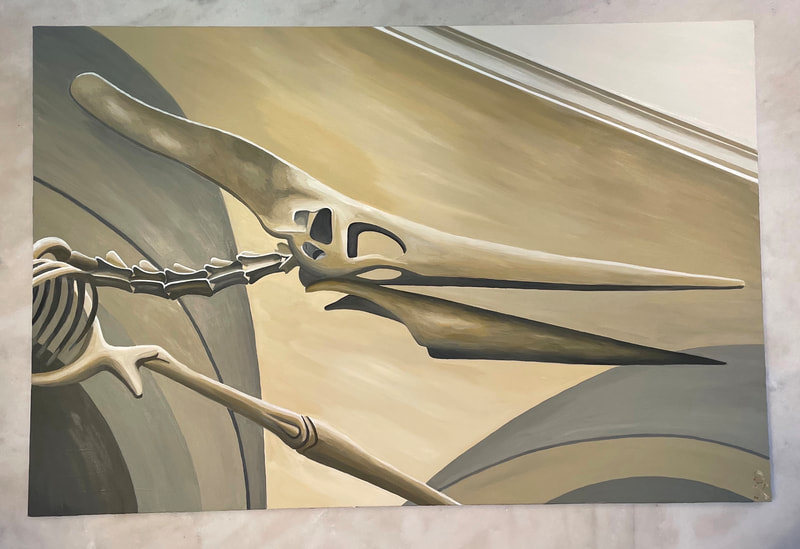 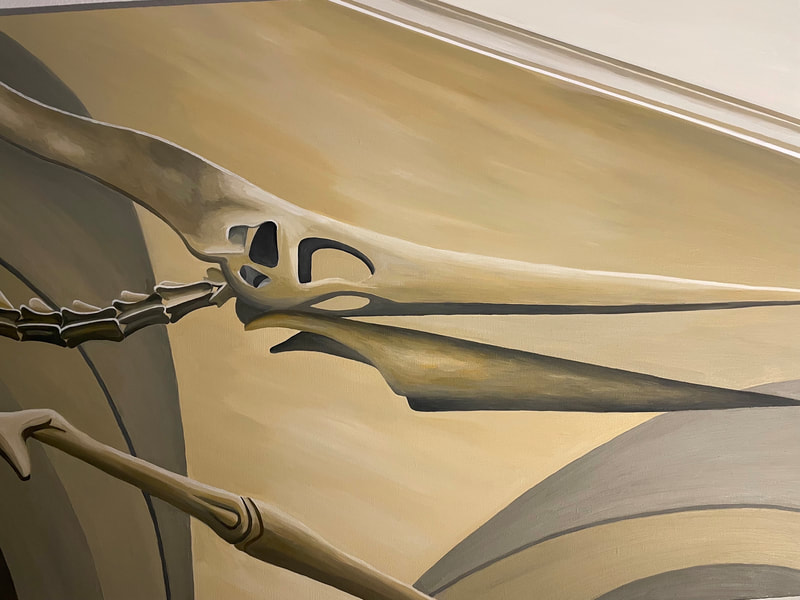 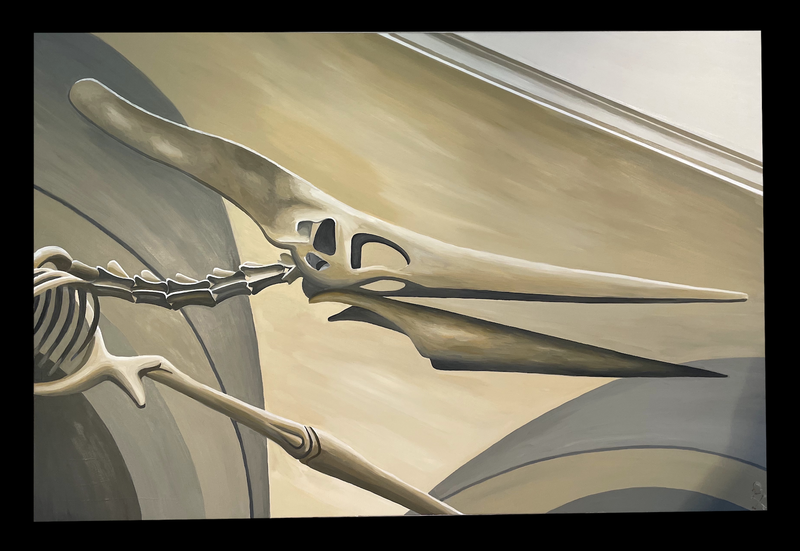 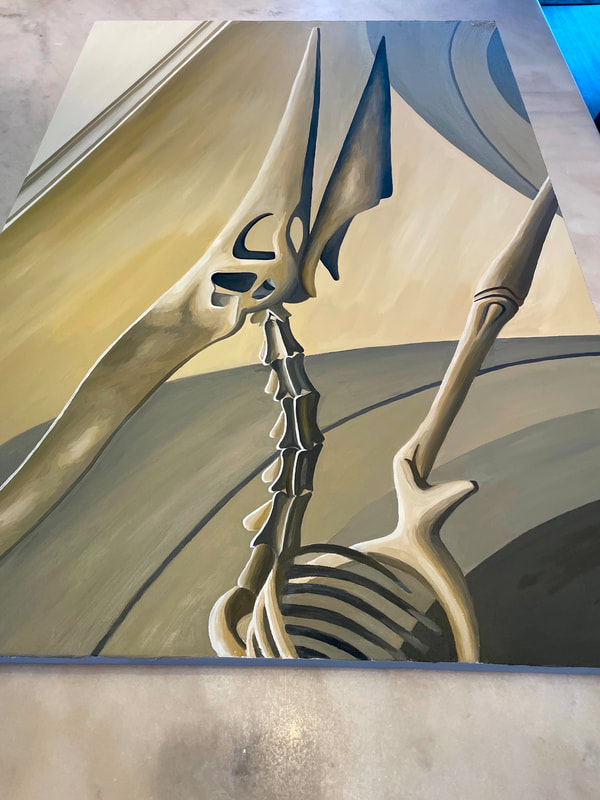