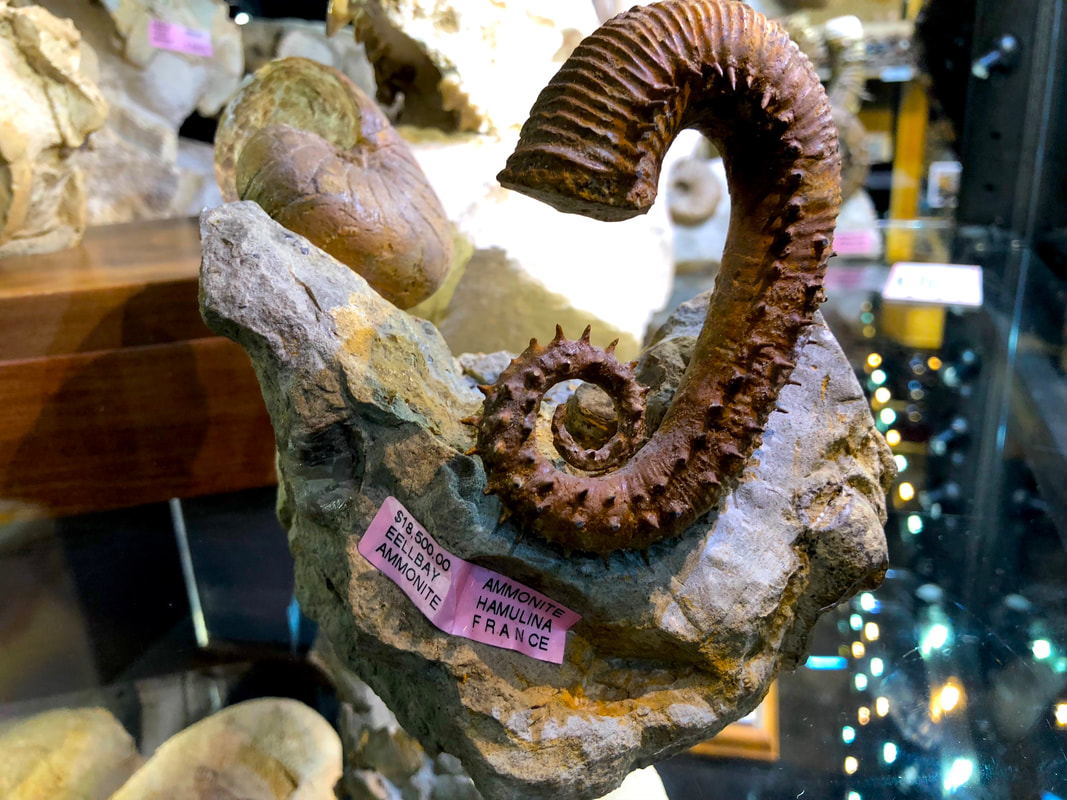 Click above image to view in eBay store
Pirate Gold Coins Treasures of the Jurassic present this beautiful ammonite fossil! Sticker $18,500 Any offers are greatly appreciated! Pirate Gold Coins Treasures of the Jurassic: Ammonite Amazing display for home decor.  Ammonoids are a group of extinct marine mollusc animals in the subclass Ammonoidea of the class Cephalopoda. These molluscs, commonly referred to as ammonites, are more closely related to living coleoids (i.e., octopuses, squid, and cuttlefish) than they are to shelled nautiloids such as the living Nautilus species. The earliest ammonites appear during the Devonian, and the last species died out in the Cretaceous–Paleogene extinction event. Ammonites are excellent index fossils, and it is often possible to link the rock layer in which a particular species or genus is found to specific geologic time periods. Their fossil shells usually take the form of planispirals, although there were some helically spiraled and nonspiraled forms (known as heteromorphs). The name "ammonite", from which the scientific term is derived, was inspired by the spiral shape of their fossilized shells, which somewhat resemble tightly coiled rams' horns. Pliny the Elder (d. 79 AD near Pompeii) called fossils of these animals ammonis cornua ("horns of Ammon") because the Egyptian god Ammon (Amun) was typically depicted wearing ram's horns. Often the name of an ammonite genus ends in -ceras, which is Greek (κ?ρας) for "horn". 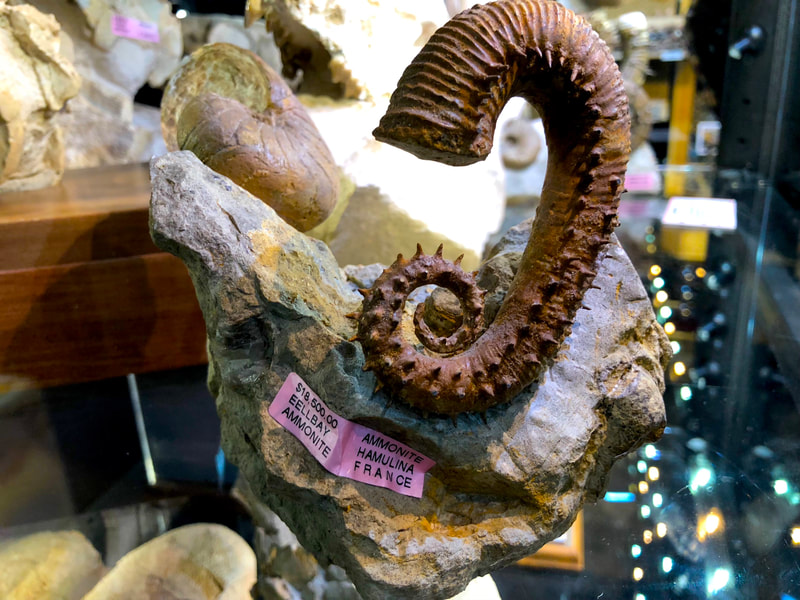 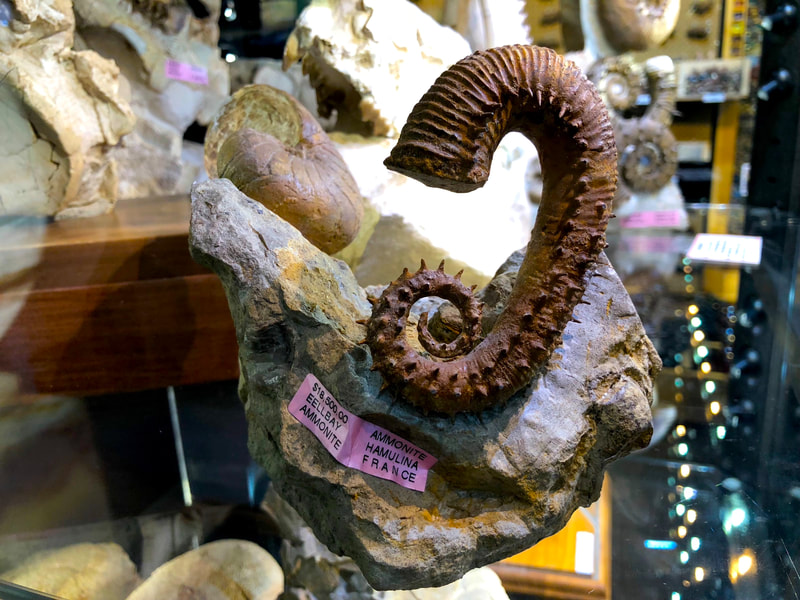 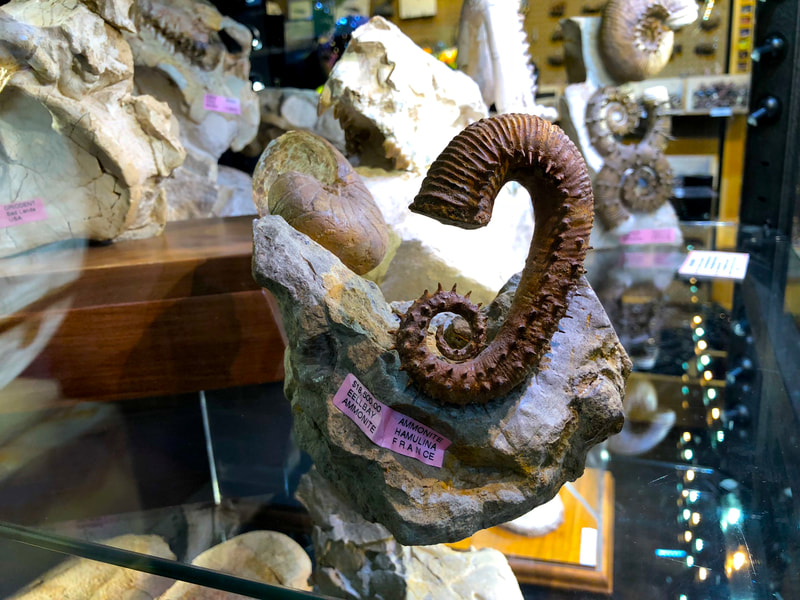 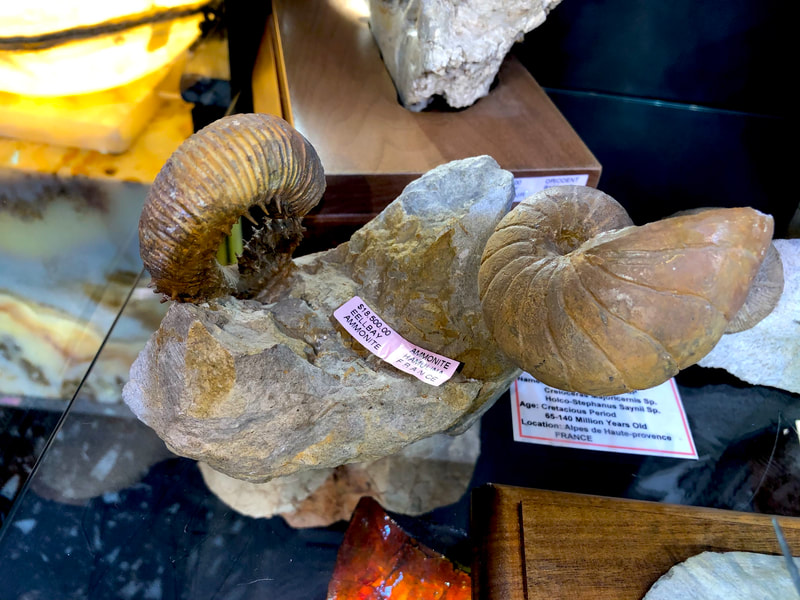