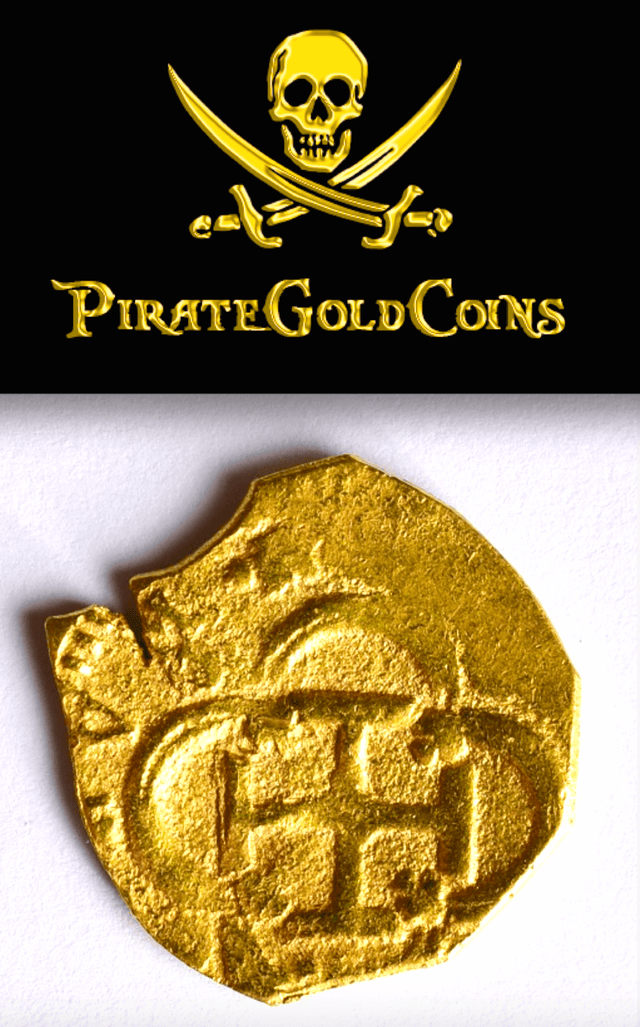 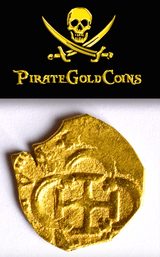 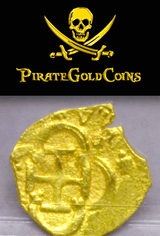 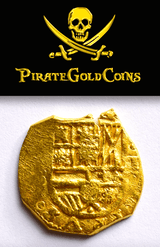 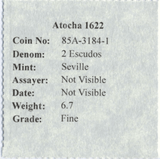 The ATOCHA shipwreck of 1622 did Not have any Gold Coins on board or in the manifest, none were loaded onboard from the mint. So, THE ONLY Gold pieces came from the pockets of the wealthy merchants and the Church's representatives. Both commonly sailed from Spain to the New World to personally accompany their payloads (Treasures).

There was a database set up by Mel Fisher's group back approx. 35 year

s ago recording each of these beautiful and RARE Gold Doubloons. This particular Gold Doubloon weighs 6.7gm "Full Weight!" It displays a Full Cross and majority fo the outlining Tressure. Atypically, it also displays a Full Shield! The color is very bright and lustrous, representing a very high gold purity (probably above 22kt that is typically found). Mel Fisher's Treasures, LLC full CERTIFICATE of AUTHENTICITY accompanies this Treasure, along with the Original Flip Tag. COA COIN # 85A-3184-1 (signifying it was discovered and brought up from the bottom of the ocean in 1985).

This is a very RARE Opportunity indeed. Very few collectors have the opportunity to hold such Rare Treasure in their hands, especially a Gold Doubloon this nice!