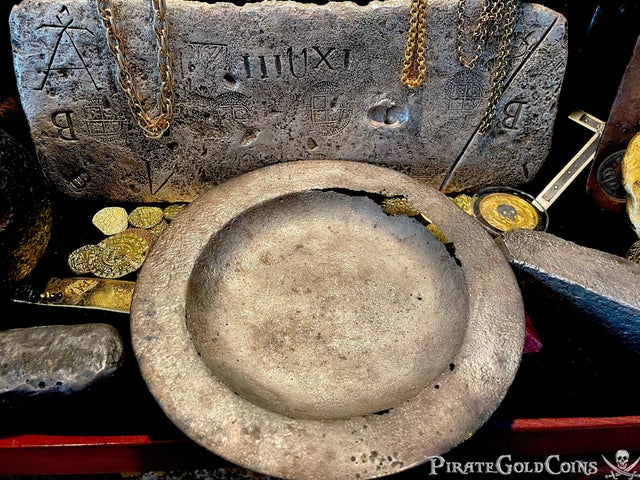 Silver Plate from the Atocha 1622 Shipwreck 224 grams size 8 1/2" diameter. Lightweight plate with spots of corrosion around the edge where the bowl and the rim meet, gray color with some pitting, desirable provenance with Original Fisher Photo Certificate #85A-A158

This was mainly accomplished, crudely enough, by sending slaves down in a brass makeshift diving bell (with a window on the side). Many of these efforts ended in death. Spain’s shipwrecked treasure caused nothing short of devastation to their finances, which were in dire need of funds due to their 30 year war. This forced them to borrow money and sell of galleons to raise the much needed funds. Although the Spanish recovery efforts were somewhat successful over 10 years, they never did find the “Atocha!”