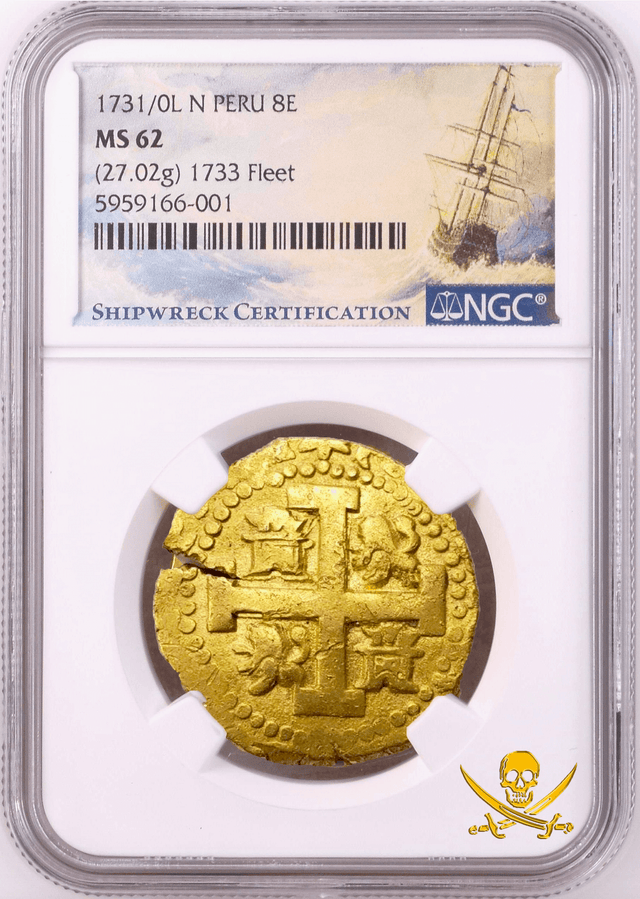 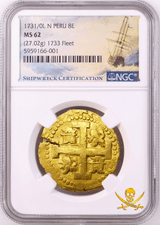 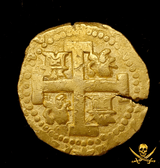 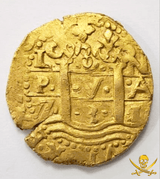 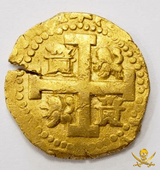 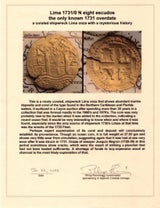 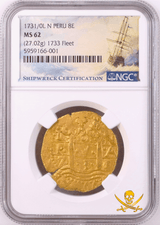 (We aren't trying to be confusing the first photo is photoshopped to display the Cross side, however it is mounted Pillar side in the NGC holder)

ONLY PERU PILLARS & WAVES 8 ESCUDOS EVER CERTIFIED BY NGC (that we are aware of)! UNIQUE Overdate!

This is a nicely coraled, shipwreck Lima onza that shows abundant marine deposits and coral of the type found in te Northern Caribbean and Florida waters. It surfaced in Cayon auction after spending more than 35 years in a collection that was formed mostly in the 1960's and 1970's. The coin was very probably new to the market when it was added to the collection, indicating a recent ocean find. It would be very interesting to know when and where it was found, especially since the only source of shipwreck 1730's Limas at that time was in the wrecks of the 1733 Fleet.

Perhaps expert examination of its coral and deposit will conclusively establish its provenience. Though an ocean coin, it is full weight at 27.02 grams and shows very little wear from circulation, suggesting again that it was lost at sea very soon after it was struck in 1731. Onzas of assayer Joaquin Negron (1728-39) in this period sometimes show cracks, which were the result of striking a planchet that had not been heated sufficently. A shortage of funds to buy expensive wood or charcoal is the most likely explanation of that.