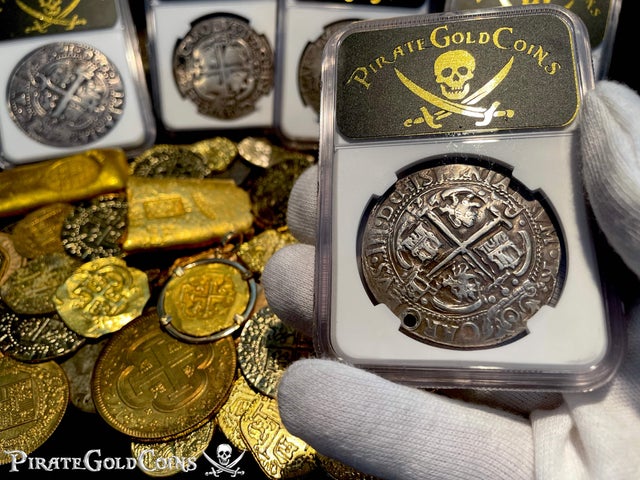 Round and perfectly struck presentation pieces traditionally called Royals, now also known as galanos, originated at the Mexico City mint as early as the late 1500s. Recent tradition has maintained that this concept migrated south and began at Potosi in the year 1630, but, as we will show, it was actually implemented in Potosi a few years earlier. According to research by Carlos Lazo Garcia, updated and futher analyzed in Glenn Murray’s book Guia de la Cantidades Acunadas/ Cesas de Potoi y Lima (2016), the first mention of special silver coins made in Potosi is in 1626, when mint documents refer to the manufacture of an uspecified higher category of coinage at a yield of 66 reales per marco (the Castilian mark, equivalent to 230 grams), as opposed to the 67 reales per marco for regular silver coinage, the 1 real difference presumably being the cost for the special production. In subsequent years such coinage was noted by a stated yield of eight pesos (ie. Eight 8 reales, or 64 reales total) plus 2 reales per marco, which is the same amount. The actual term “galano” does not appear in the Potosi mint documentation until 1646. In 1652, when the coinage design changed after mint fraud, documents show a new, lower yield for galanos: 64 reales (or eight pesos) per marco, equating to a production cost of 3 reales per marco for these special coins. By 1664, the term galanos is used exclusively, rather than referring to these special coins by their yield per Marco.