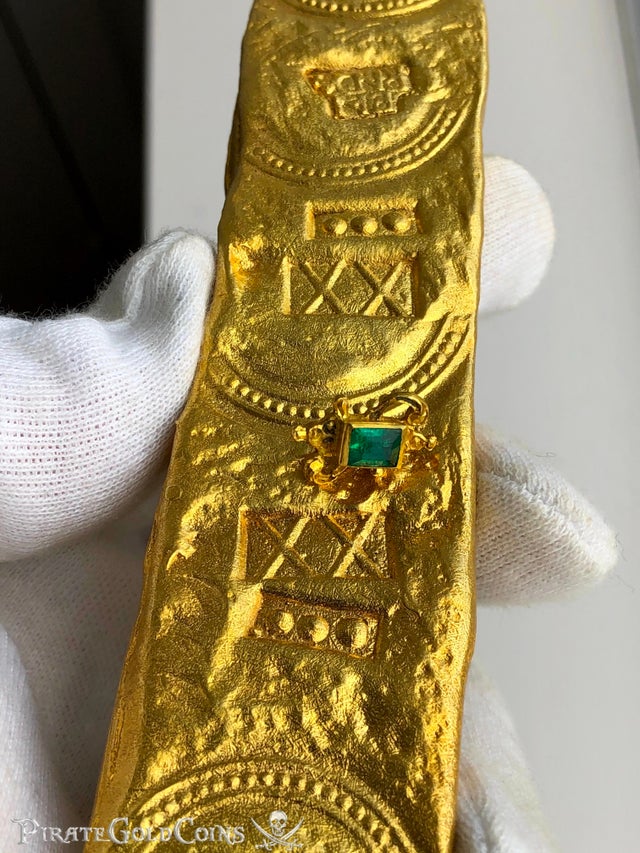 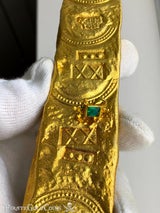 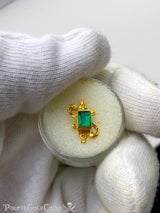 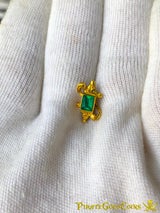 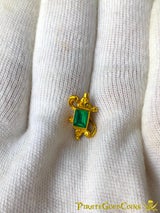 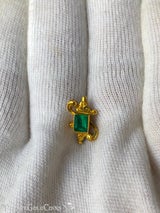 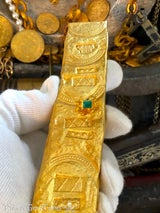 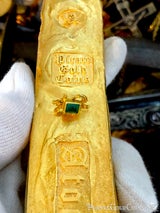 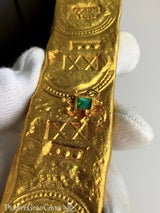 (1 piece of a PAIR) ATOCHA EMERALD STUD 1622 MEL FISHER PIRATE GOLD COINS SHIPWRECK TREASURE JEWELRY (found in 1986, see Book Cover) Once in a Lifetime to you have an Opportunity to own something so Majestic, so Rare and so Important. This Emerald & Gold Stud was certainly designed with Royalty in mind. The Gold Filigree style matches that of many of the other pieces designed for the QUEEN’s Dowry’s or Royal members of the Court and for Perhaps the King himself. Note: the back of the Studs have a loop soldiered on the backs, clearly designed for either Dress mounts or Ornaments (Buttons). This Emerald and Gold Stud was reportedly found in the same “blown hole” when searching the wreck site and are of course Fully Certified by MEL FISHER’s “TREASURE SALVORS” COA, complete with pictures on the COA of the “Diver’s Tag.” There’s no way to be certain these were destined for the Queen, but certainly must be considered as such or for other Royalty. Each are formed as S-shaped Cartouche, each with a rectangular table-cut Emerald with circular boss at each corner. The reverse with a single eye loop (for attachment). The COA: Tag #5504, TSI 86A-P162 and weighs 1.94. This Artifact / Relic is of Historical Importance. The sketches are of the Dress Mount Studs by Beanie Calaff, 1604, Libros des Passanties, folio 375. Instituto Municipal de Historic de la Ciudad, Barcelona.tr