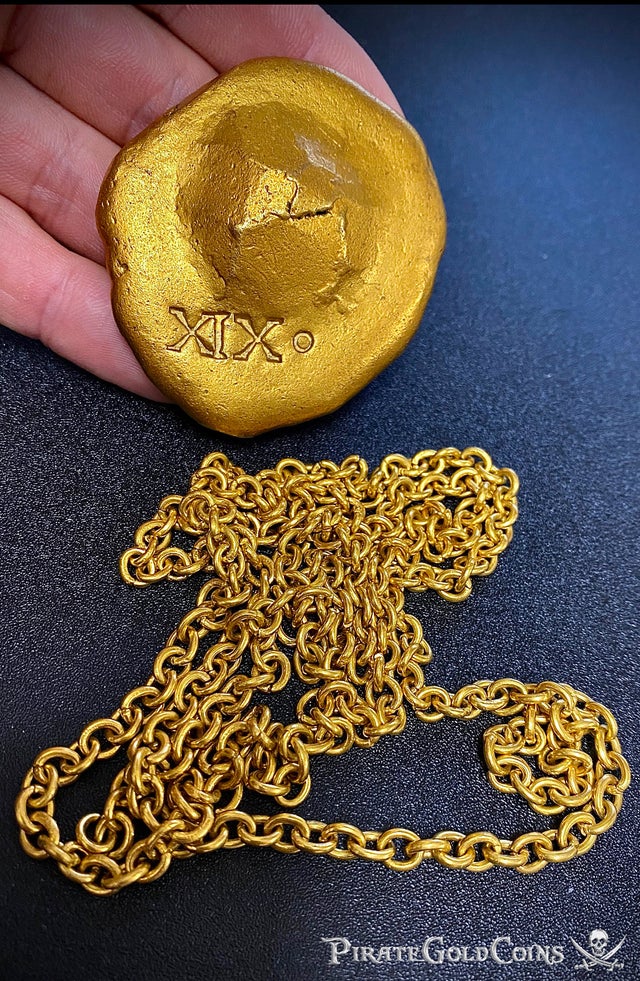 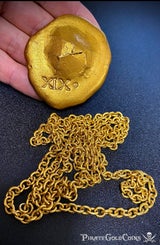 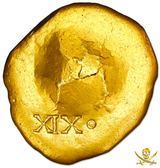 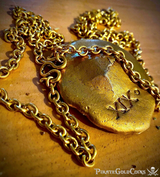 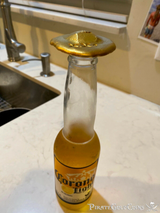 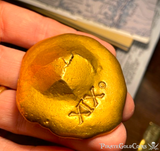 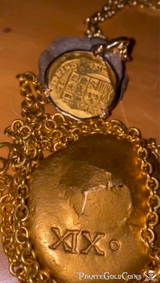 715 FLEET * GOLD DISK * MEL FISHER PHOTO COA #MF65-007*. This over 300 Year “1715 FLEET GOLD DISK” is truly an impressive piece, Over 2 ~1/2 ” and 216.4 grams with Purity of 19.25 kt . We know of ONLY (1) other Gold disk this size and it does Not have a round shape to it, this piece is far superior in our opinion There is one other large gold disk from the Fleet, much larger and more expensive, but only 2 of these smaller Gold Disks exist. It was Discovered on North Douglas Beach, a very long time ago; hence the old "Salvors INC COA.". The color of of this piece far outshines the fineness markings of 19.25kt. Known as the "SOMBRERO DISK," for it's shape (popped bubble from the underside). jw