39.25" overall length. No scabbard.
​
Note; This is a rare sword. Swords of this type are frequently referred to as Sinclairsabel, of which many were imported into Norway by Christian IV of Denmark and Norway. These are also referred to as the first forms of the Scottish Basket Hilt. Others are found in a wide number of preserved German and Austrian arsenals, including that at Graz in Styria.
Ref. See; p.385 Swords and Sword Makers of England and Scotland., by, Richard H. Bezdek. 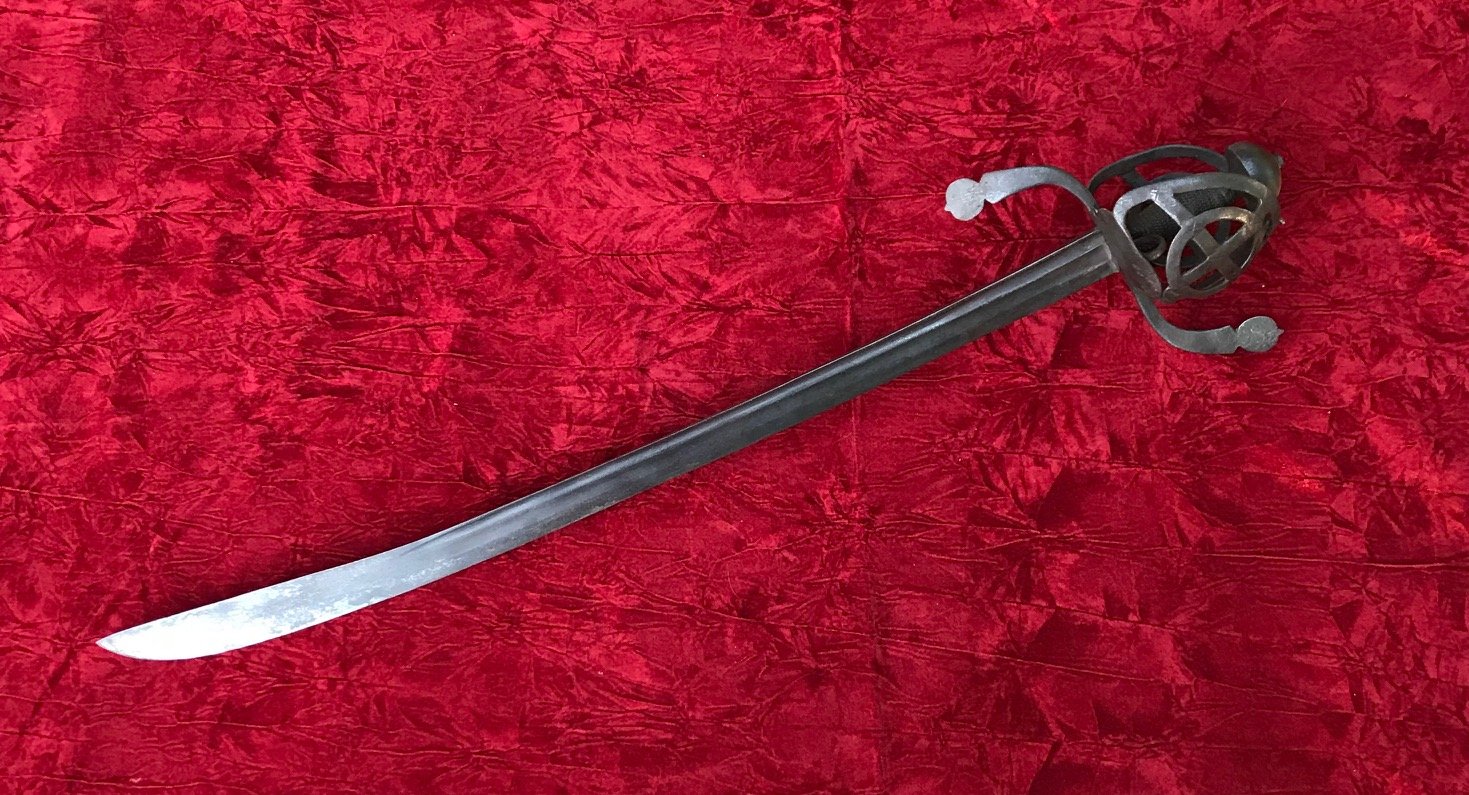 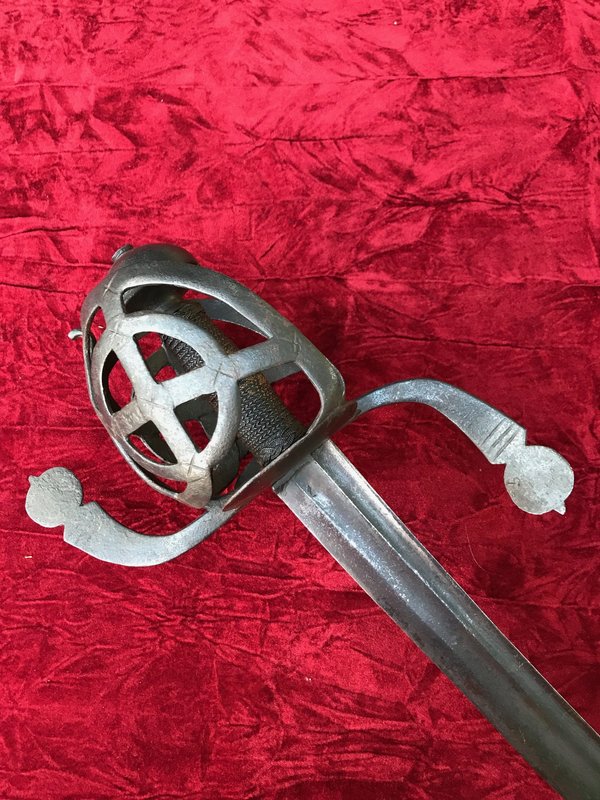 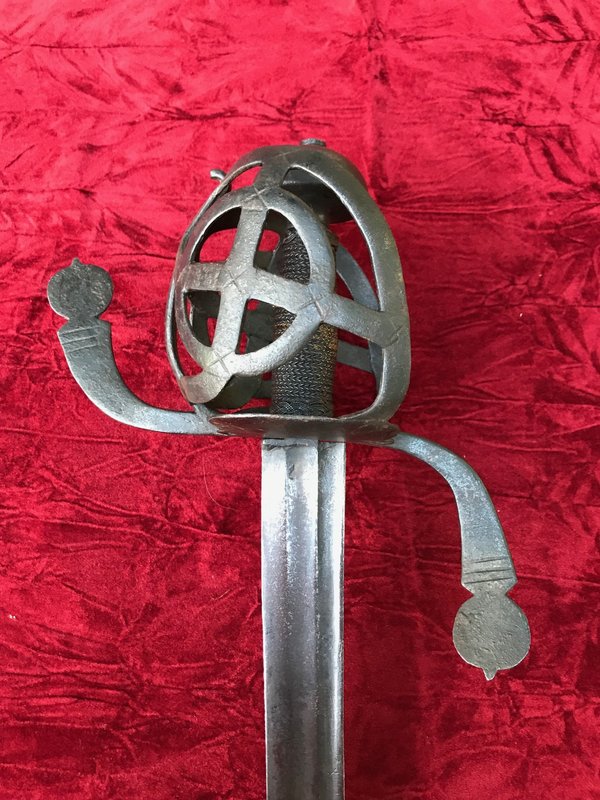 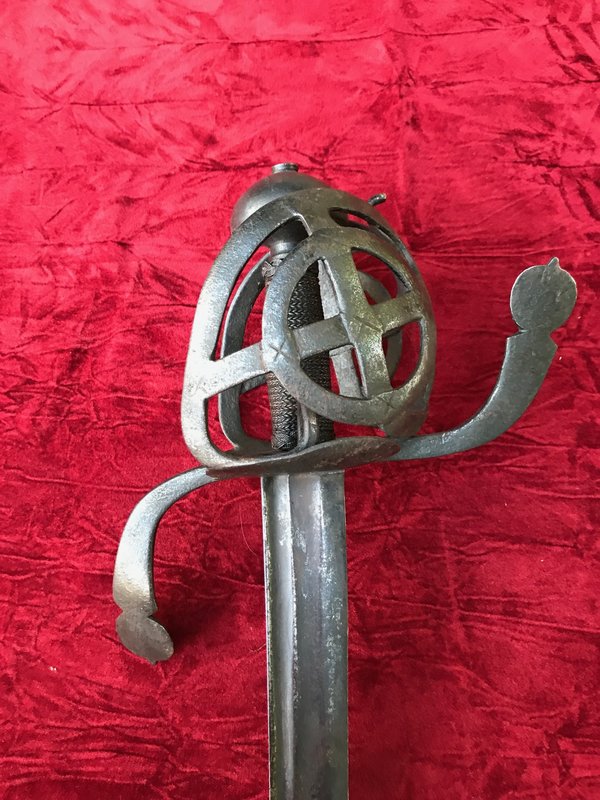 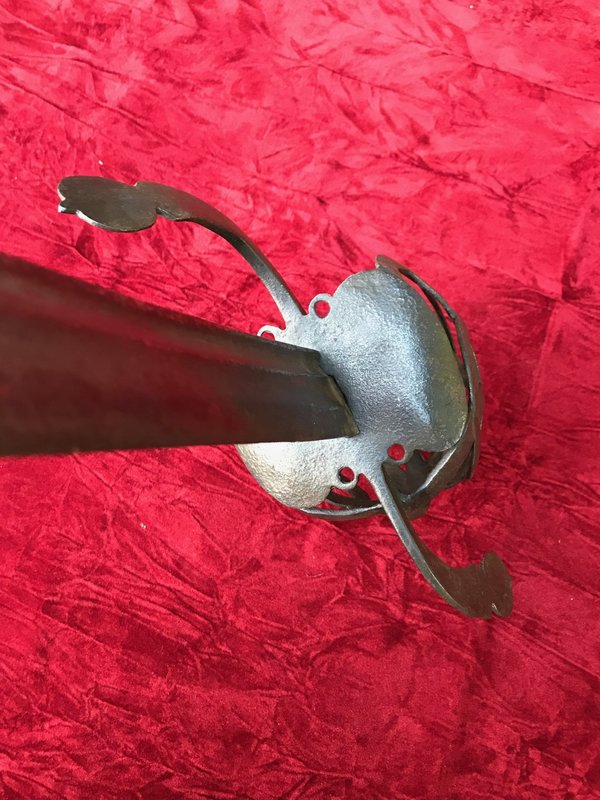 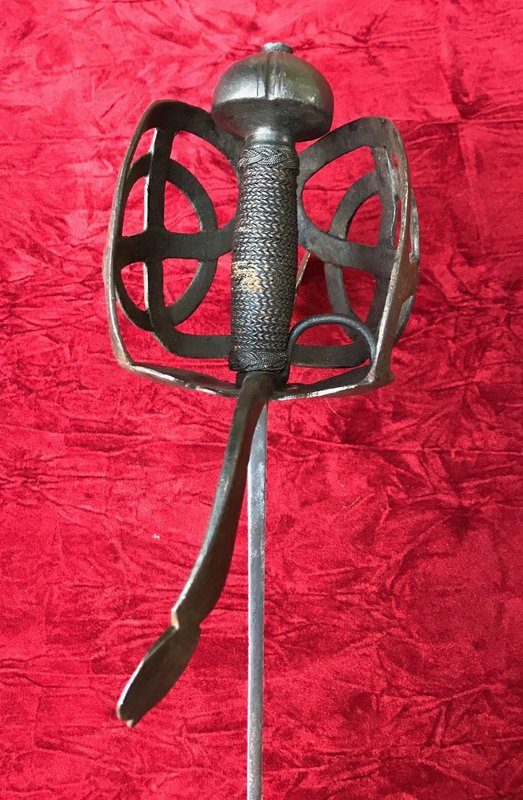 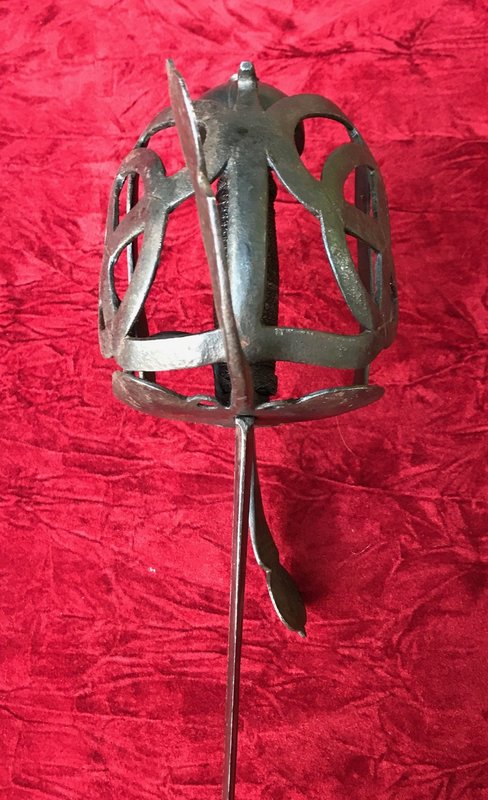 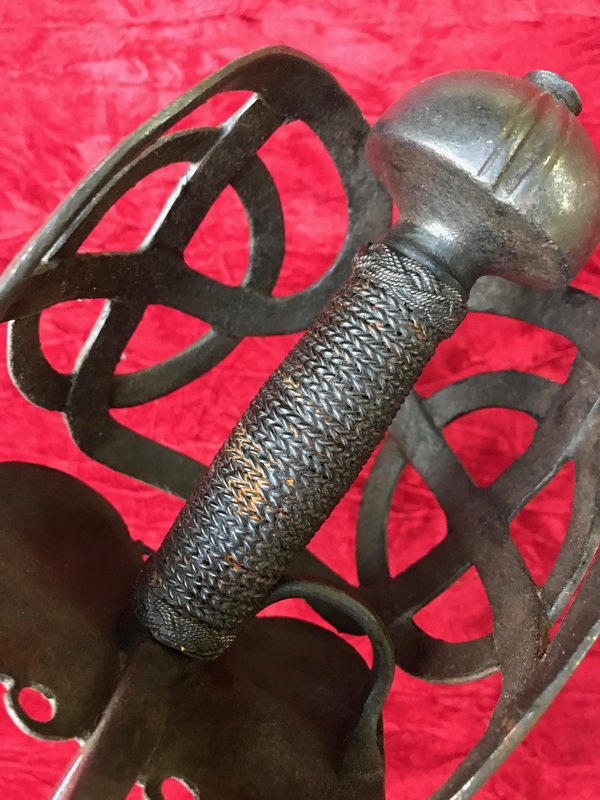 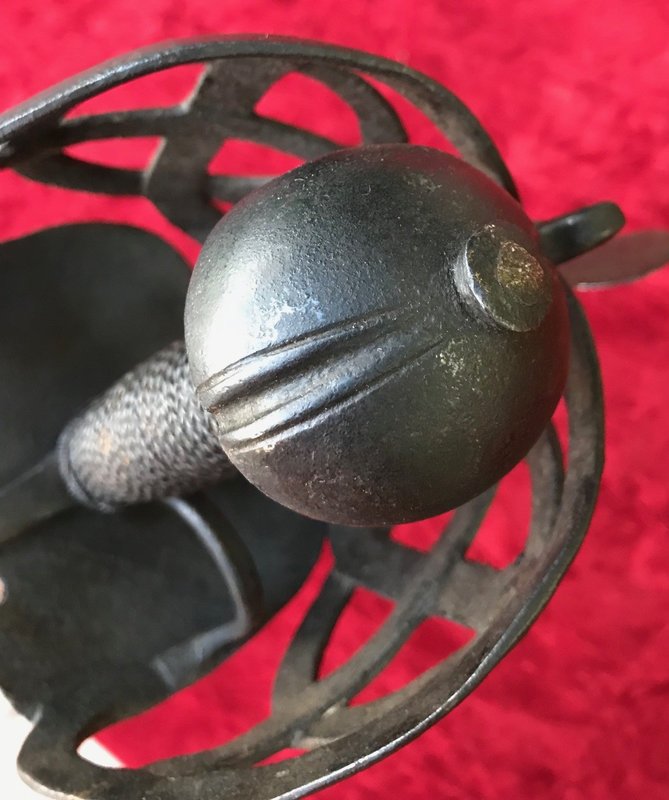