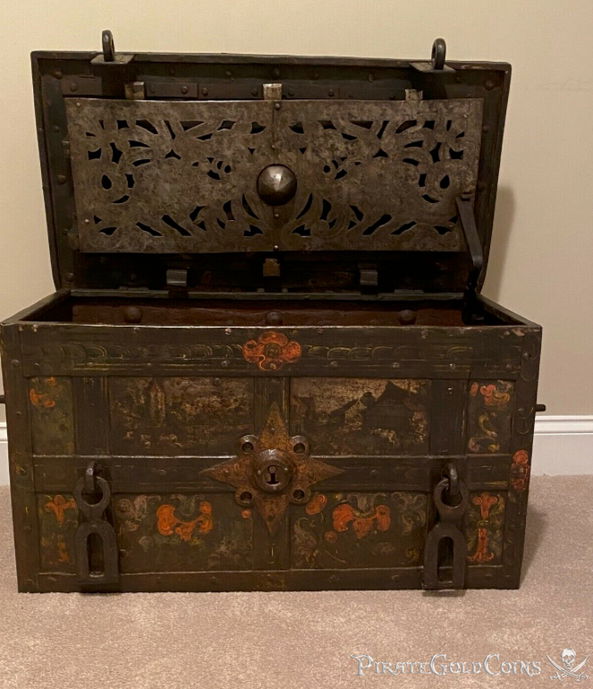 Click above image to view in eBay store
Nuremberg chest known as "Corsair chest" in riveted iron plates.
Abundant polychrome presenting several colors with floral and natural patterns. Presence in front of a a village painted with farm animals and a dungeon scene. Also painted on the inside, it was a question of keeping the iron against corrosion but this polychromy is also an element of decoration.
Lock system with 7 bolts which made it inviolable, its key opening the mechanism. Original interior plate decorated with fantastic marine animals. A false lock entry on the front served as decoration and also to deceive.
Small box inside for the most precious objects opening with a press. Wrought iron carrying handles.
Safe with a complex locksmith system that acted as a mobile safe. They stored papers, precious objects and money. Mostly made in Nuremberg, they were generally decorated in Holland.alec
79cm x 42cm x 42cm 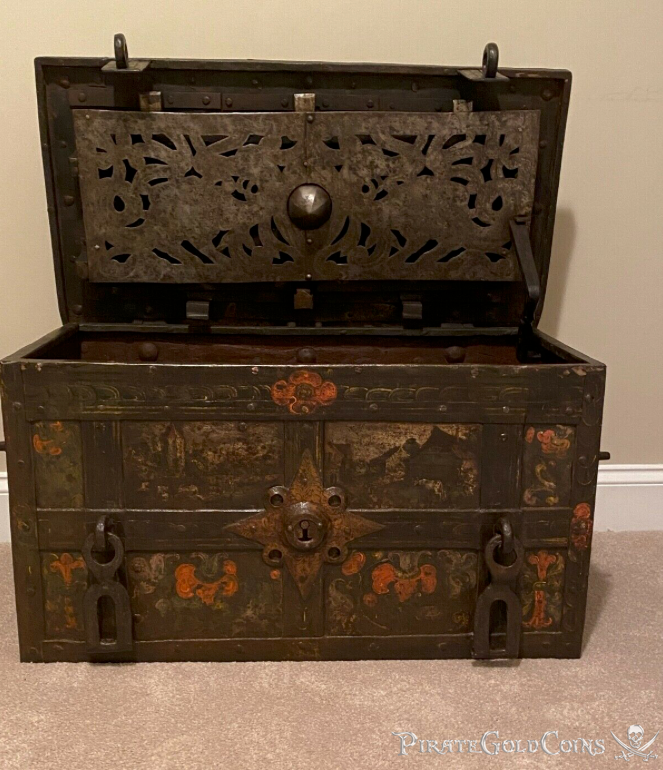 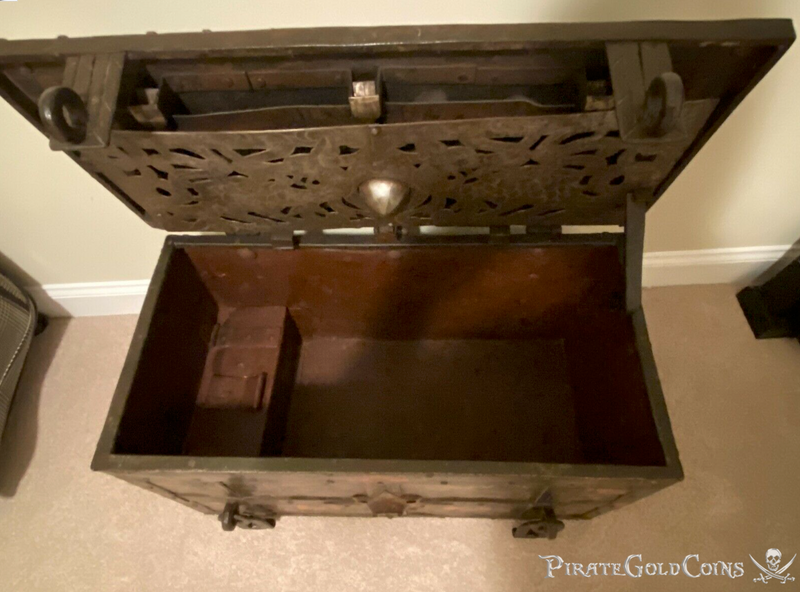 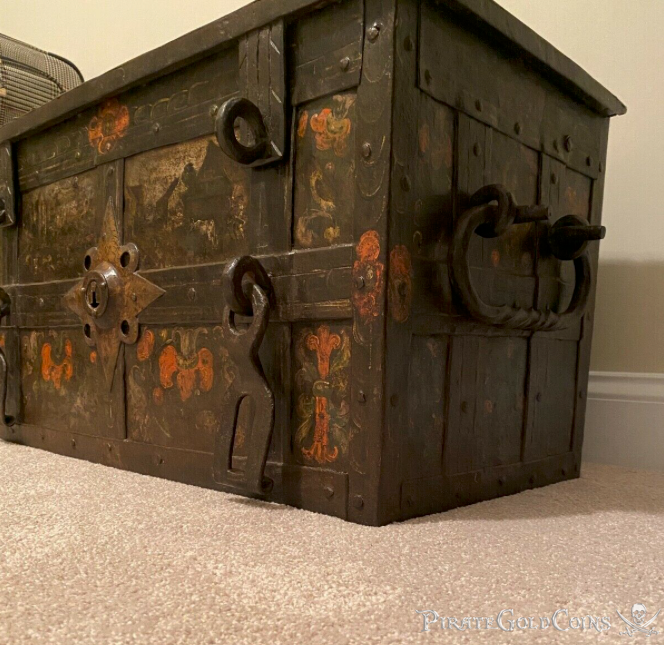 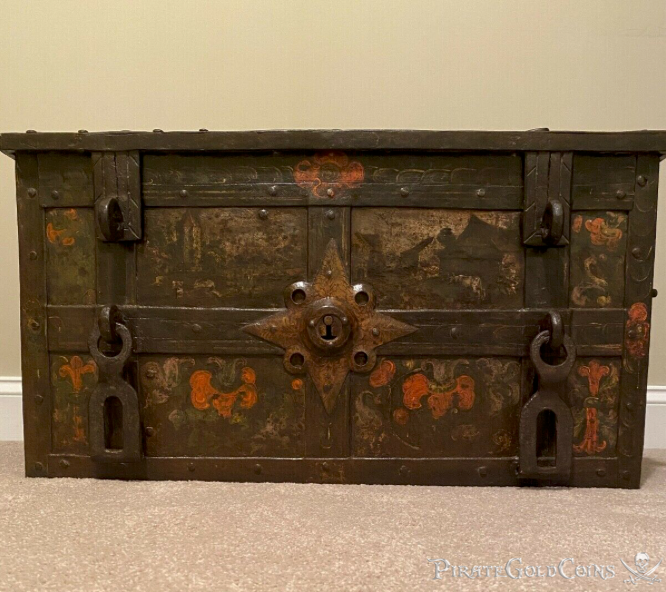 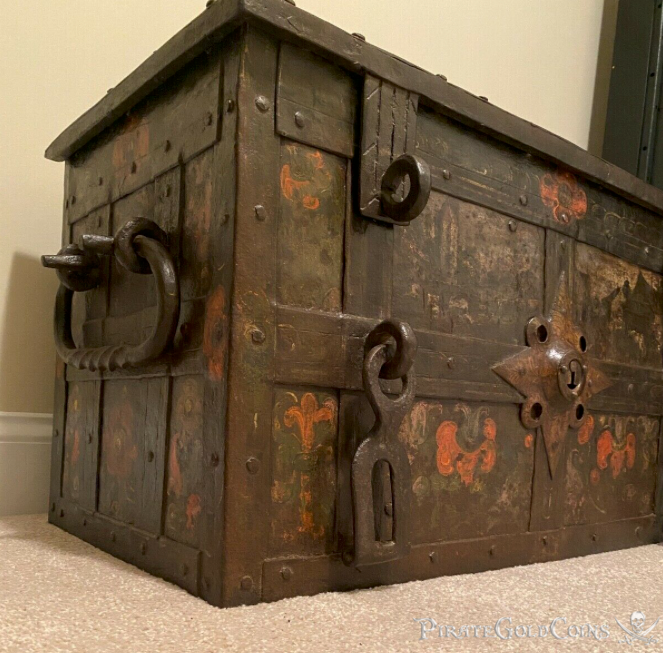 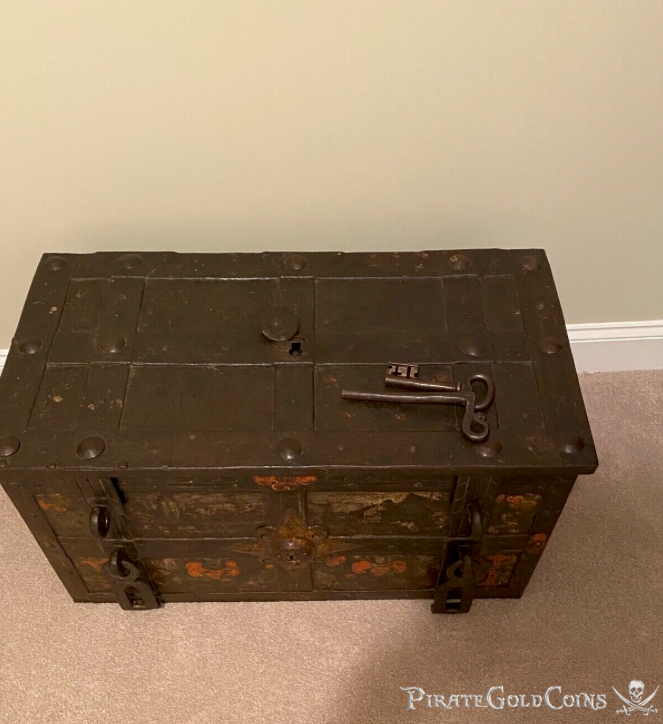 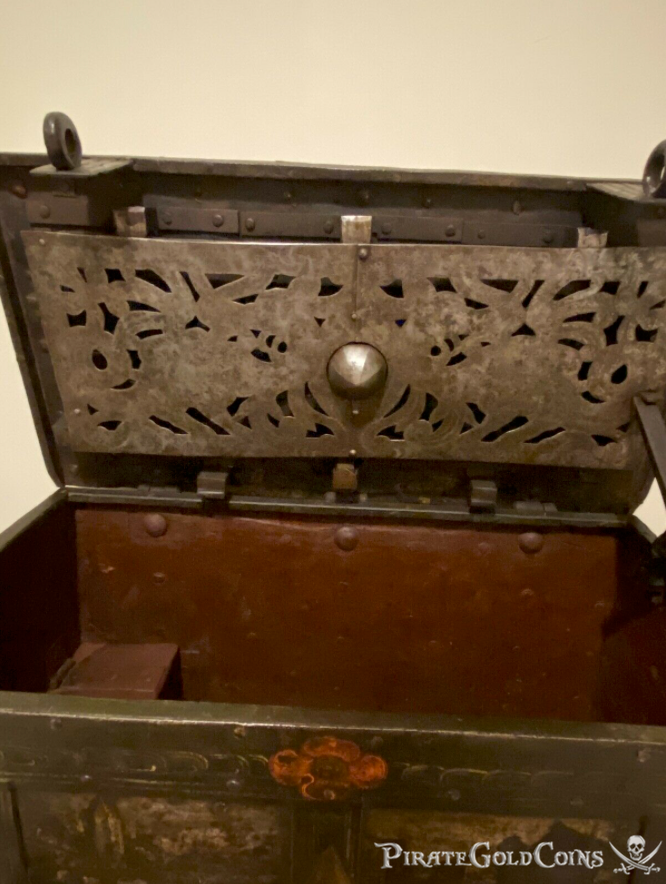