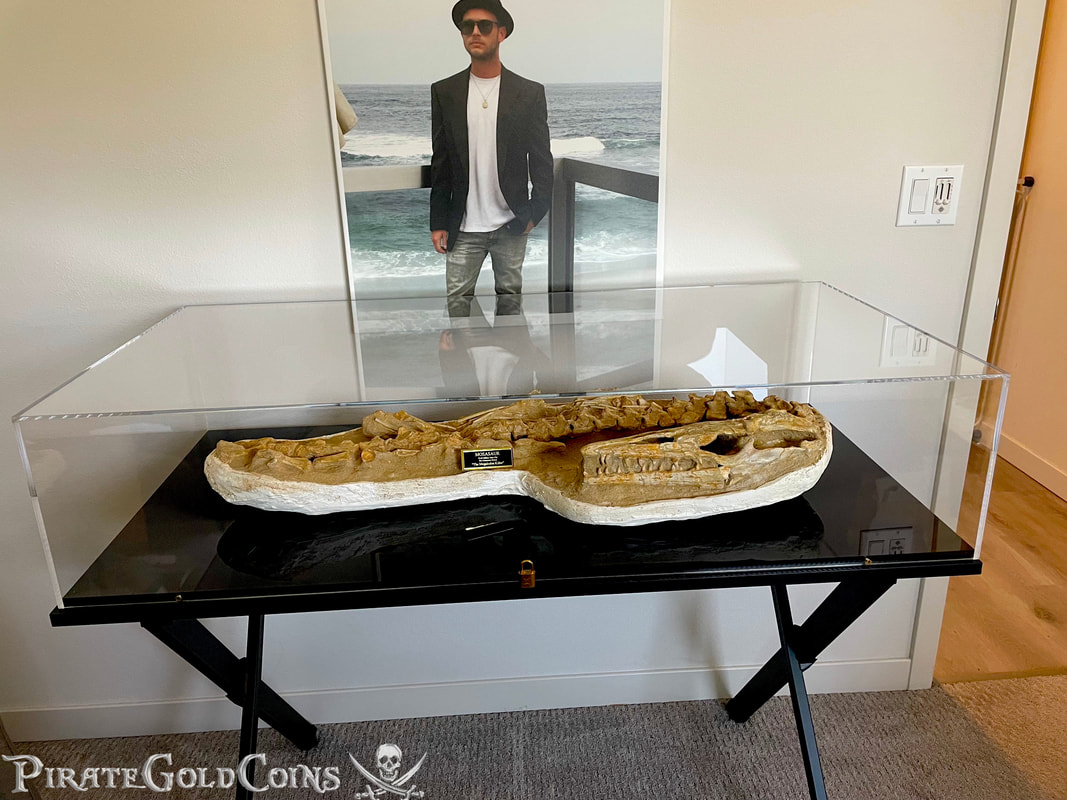 Click above image to view in eBay store
What's scarier than a Loch Ness monster or a Megalodon?? Oh ya, it's something you may have never heard before. It's called the MOSASAUR! A long extinct apex predator, in fact the mosasaur was such an intense predator, if it was still swimming our oceans the Megalodon might have never even existed! These nightmarish marine animals were actually giant lizards somewhat like the land dwelling Komodo dragon. Imagine a lizard monster with the double hinge jaw of a snake with massive teeth and a tail like a shark.. oh and they can be as large as 18 meters - 54 FEET  (depending on the species) that's 4 meters longer than your average yellow school bus! So, they basically ate anything they wanted (fish, dolphins, whales, sharks, even other Mosasaurus) Fossils from this species have been found on every continent including Antarctica, evidence that these lizard kings dominated the ocean.xx
​
Natural History - Large Fossil Halisaurus Arambourgi Mosasaur Skeleton Cretaceous Period, 67-65 million years BP A large and near complete fossil Halisaurus arambourgi mosasaur skeleton, displaying the skull with full upper and lower jaw together with vertebra, limb bones and ribs, viewed from above, the head and tail curled back; on a matrix with protective plaster backing for display. 22.6 kg, 97cm (38 1/4"). Very fine condition; some restoration. A museum-quality exhibition piece.
Provenance From a Cambridgeshire collection; accompanied by an identification card; from the phosphate beds, Morocco; this lot has been checked against the Interpol Database of stolen works of art and is accompanied by AIAD certificate number no. 10699-175075. The full Certificate will be added to listing upon arrival, shortly. 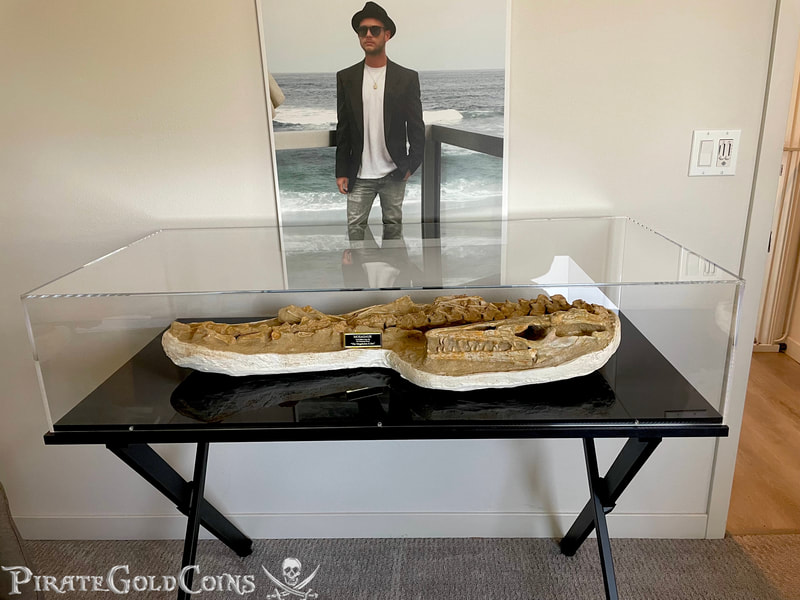 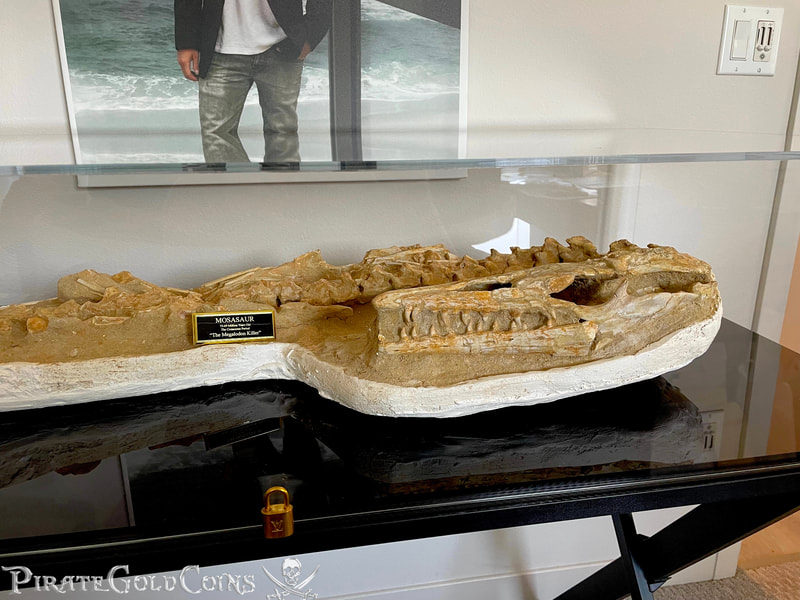 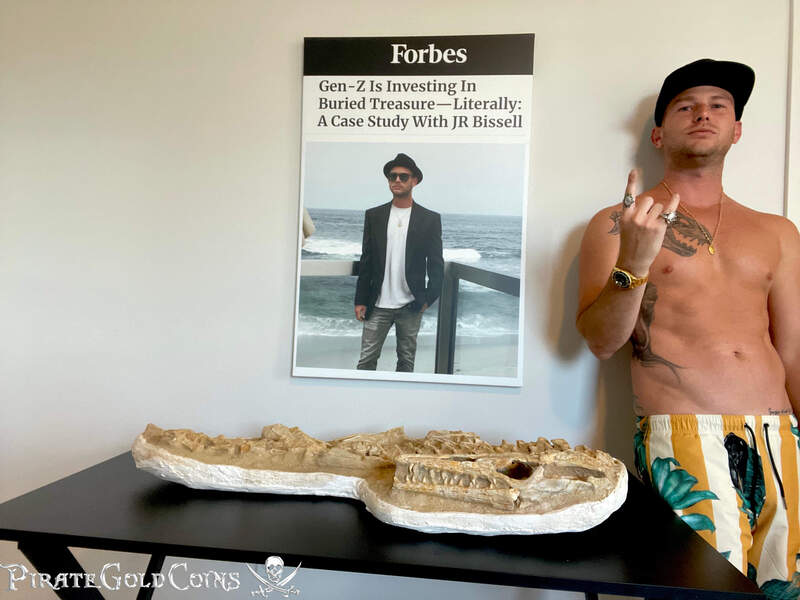 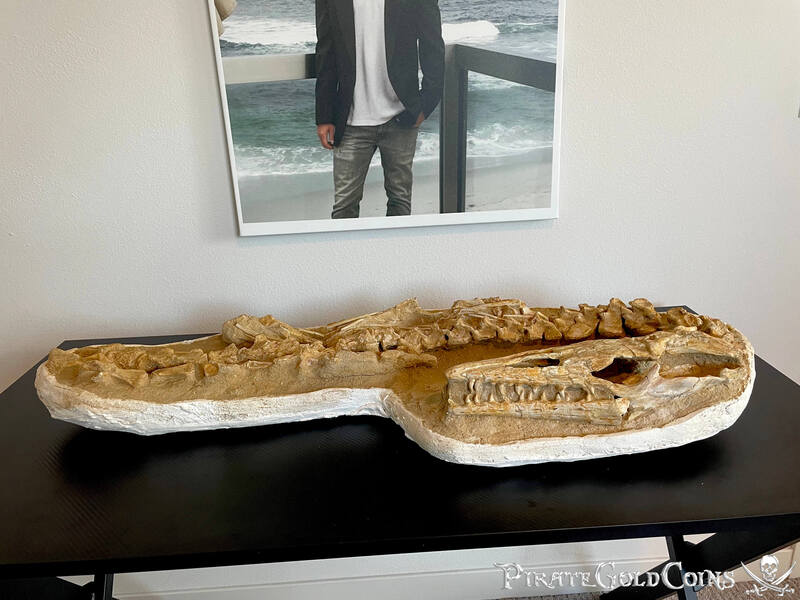 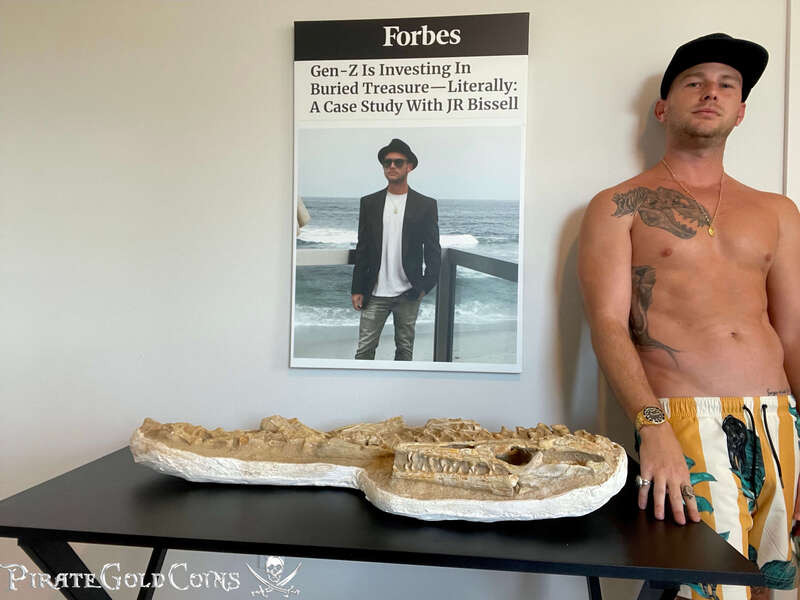 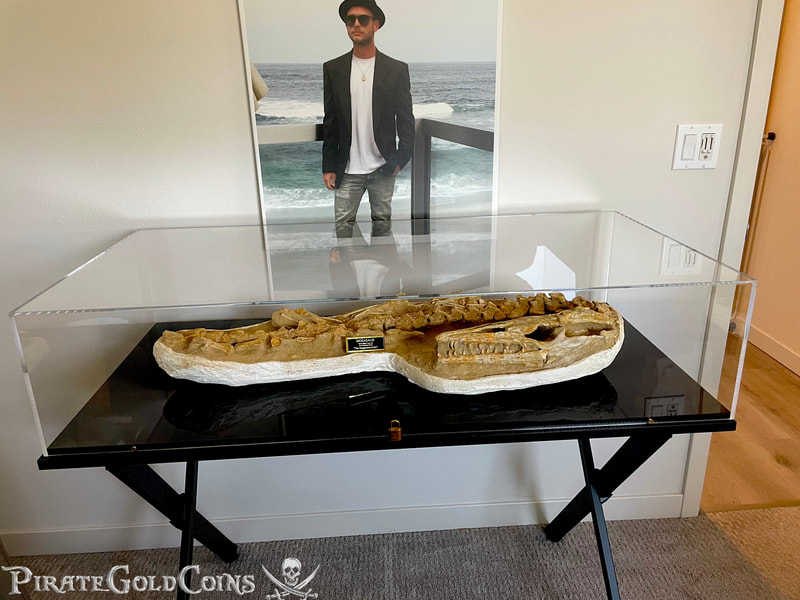 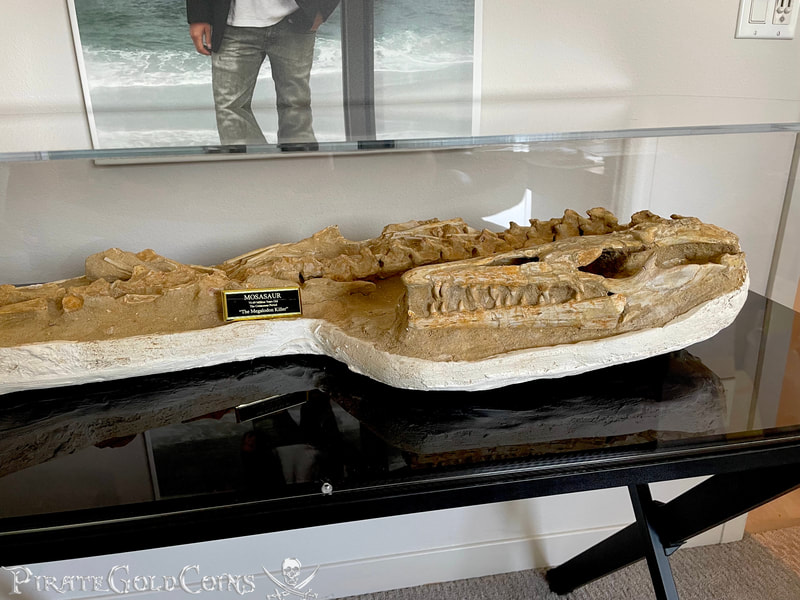 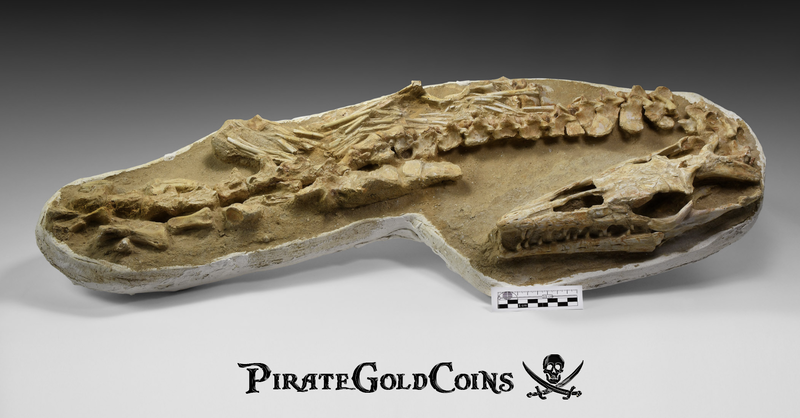 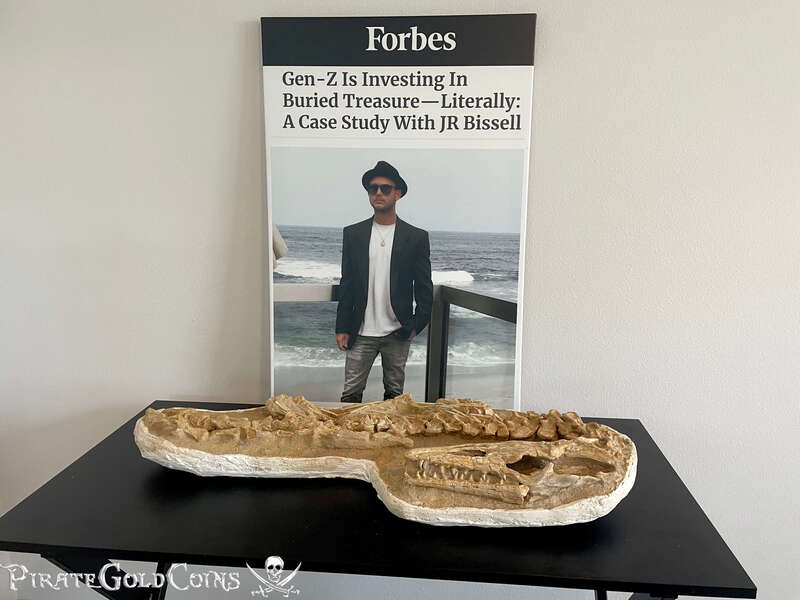 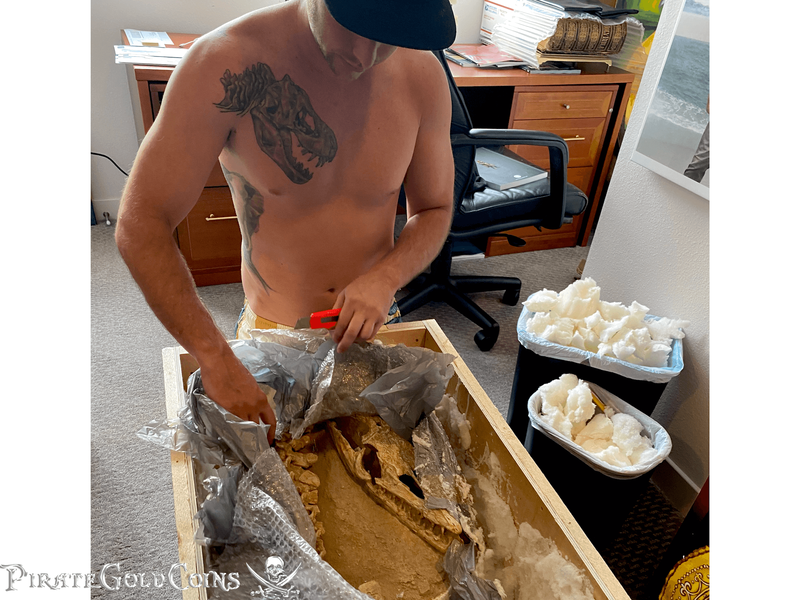 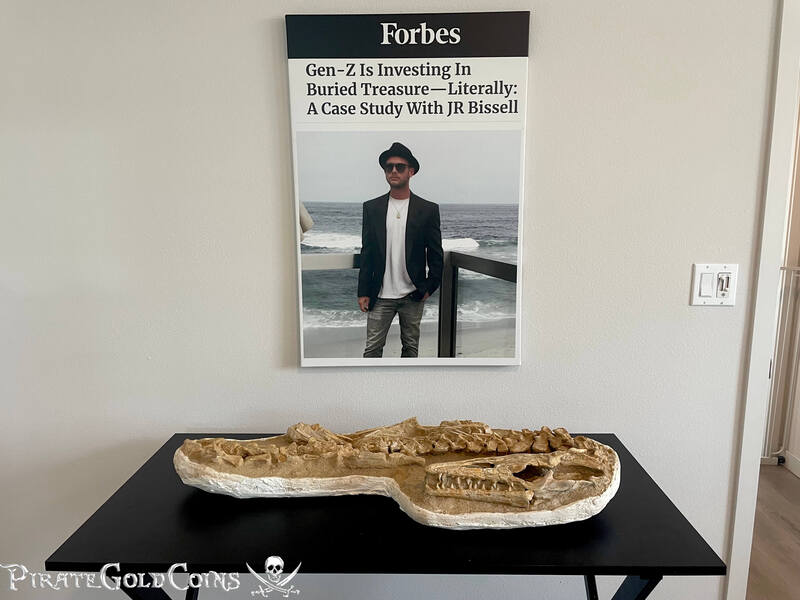 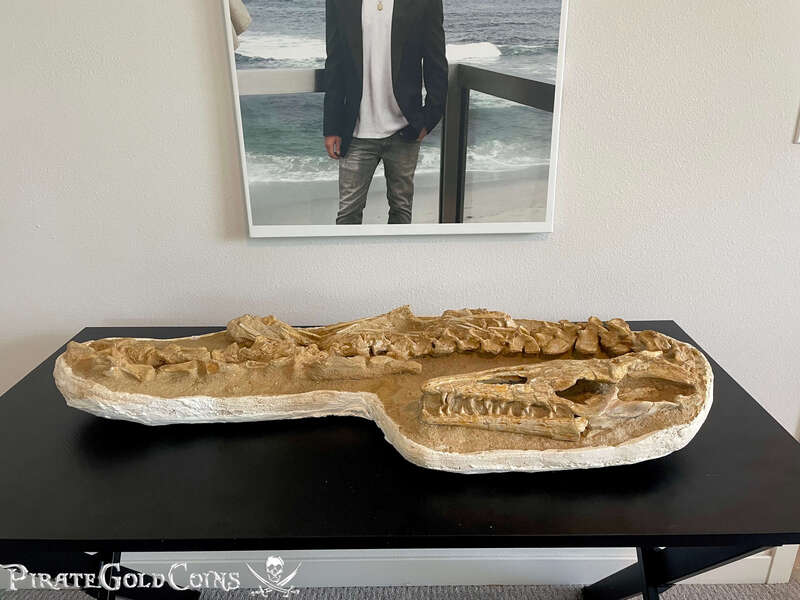 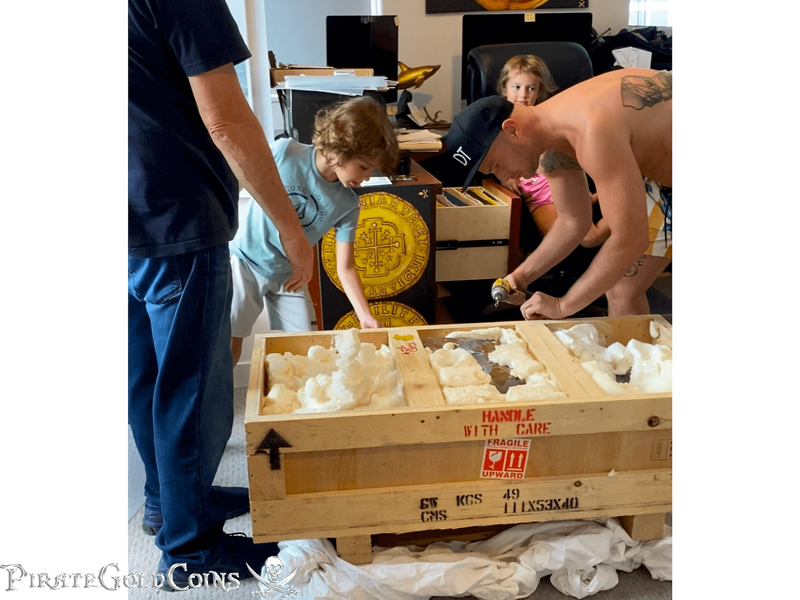 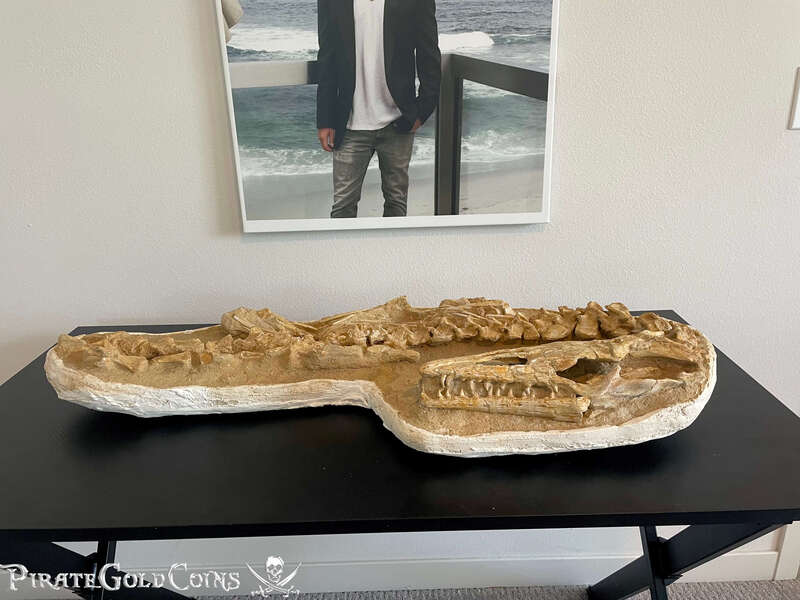 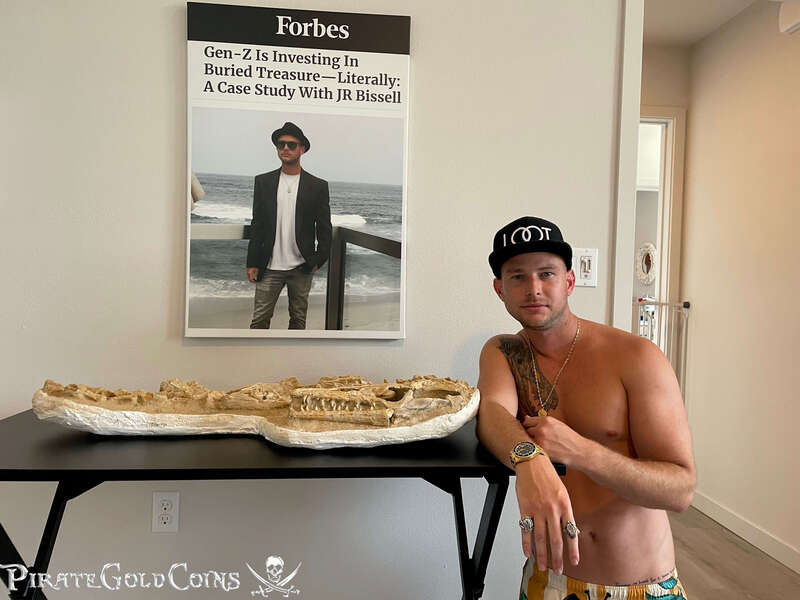 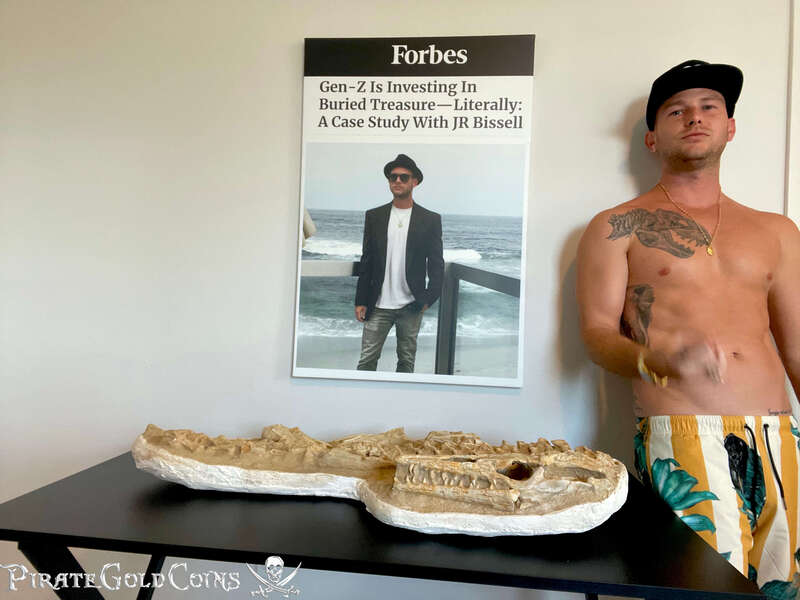 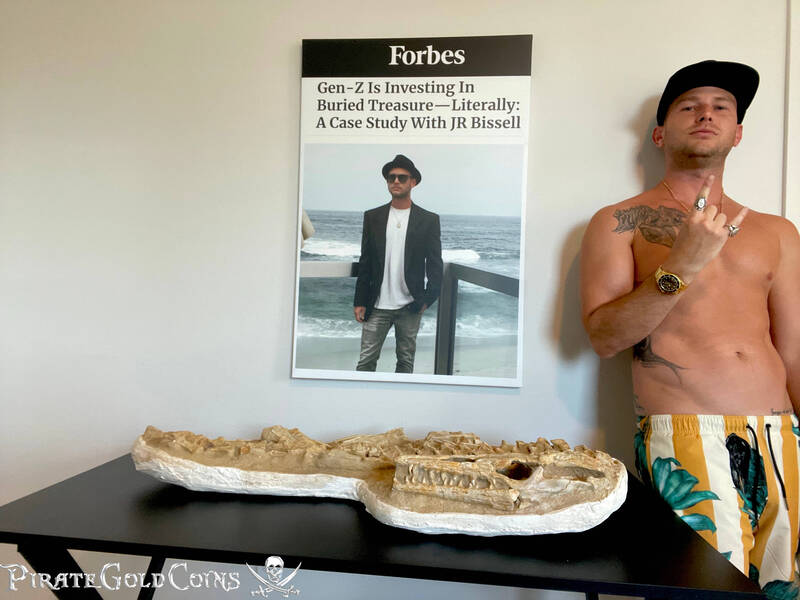 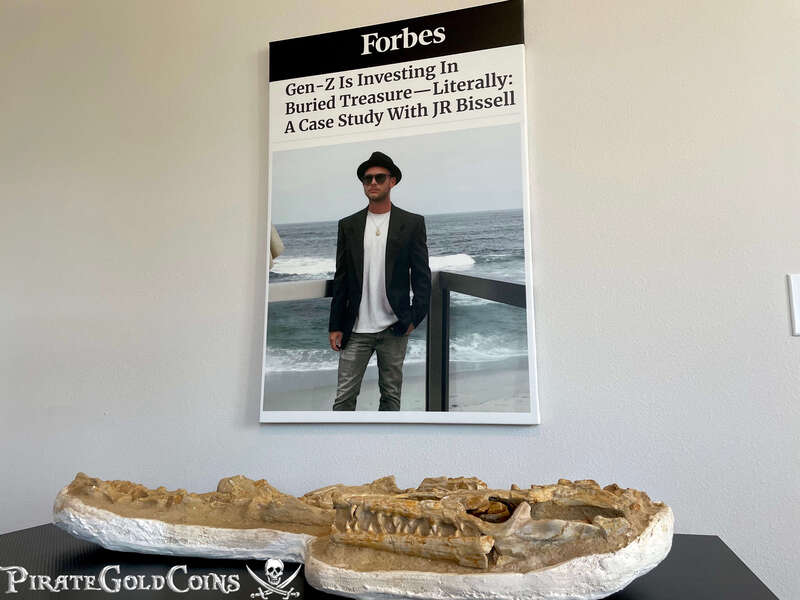 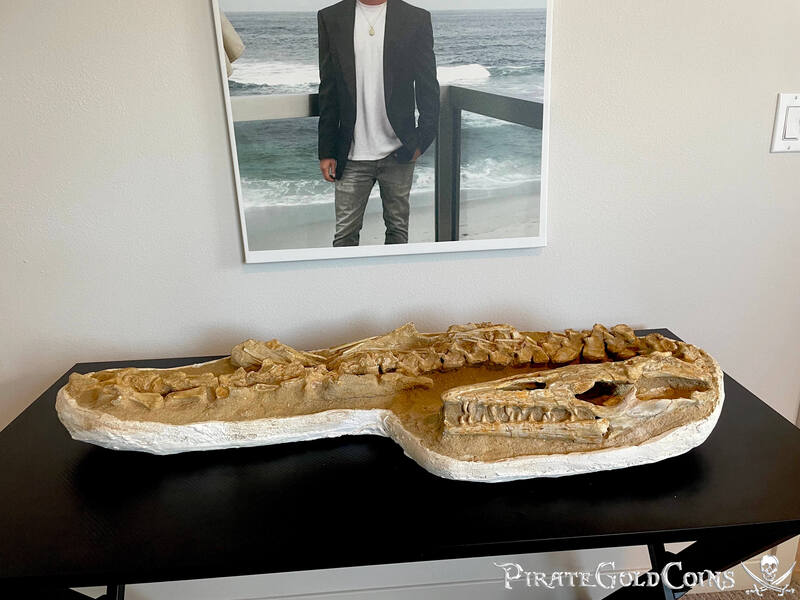 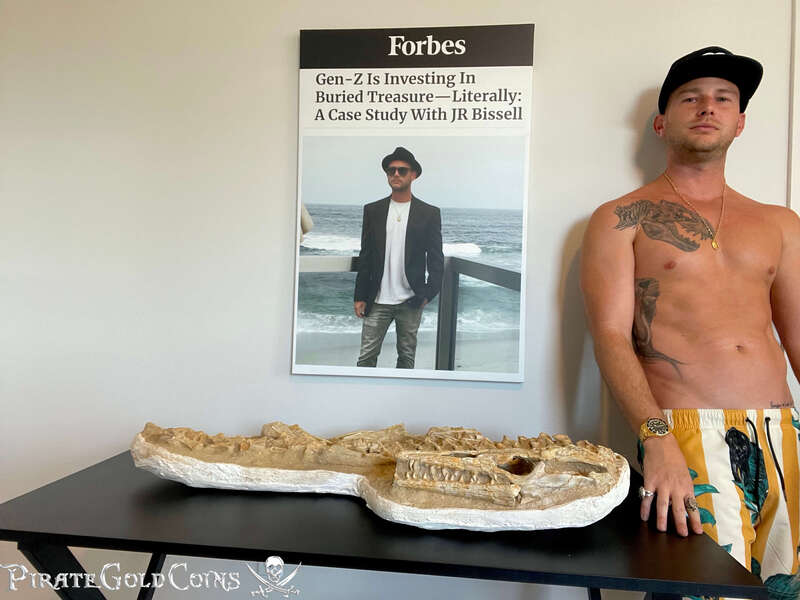 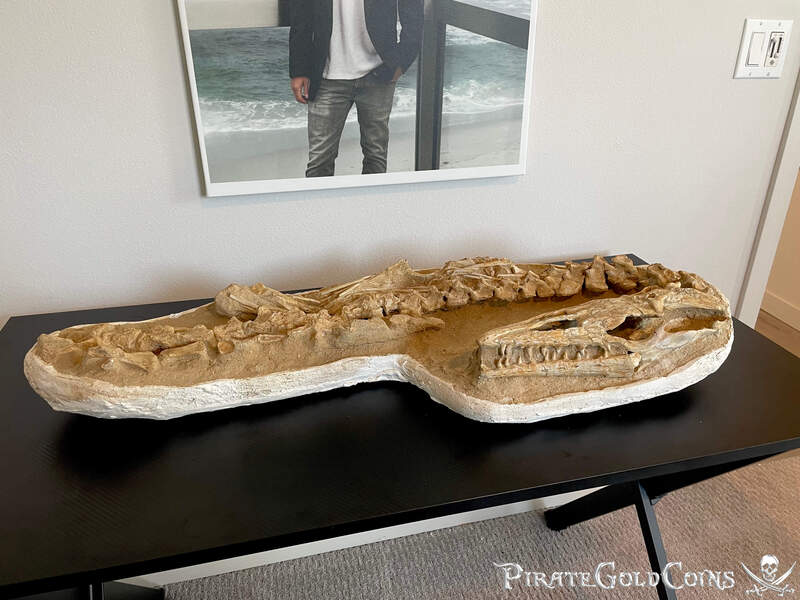 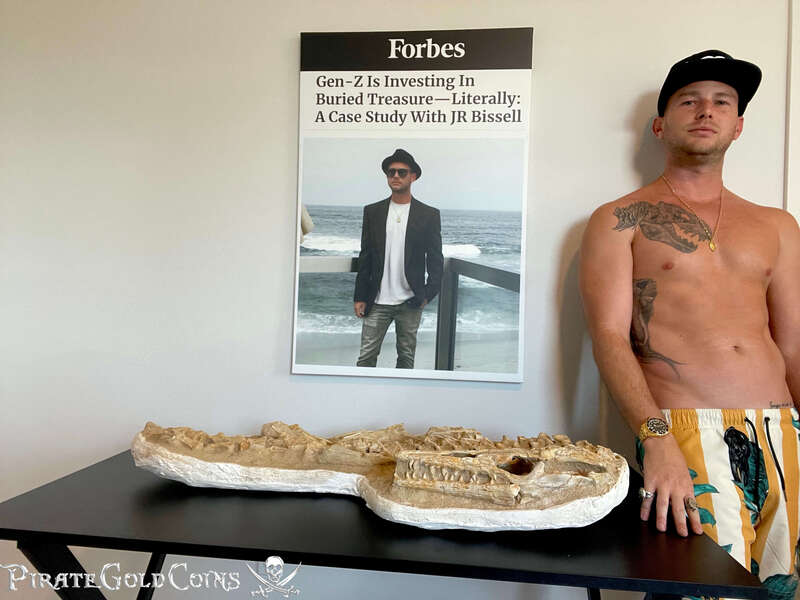 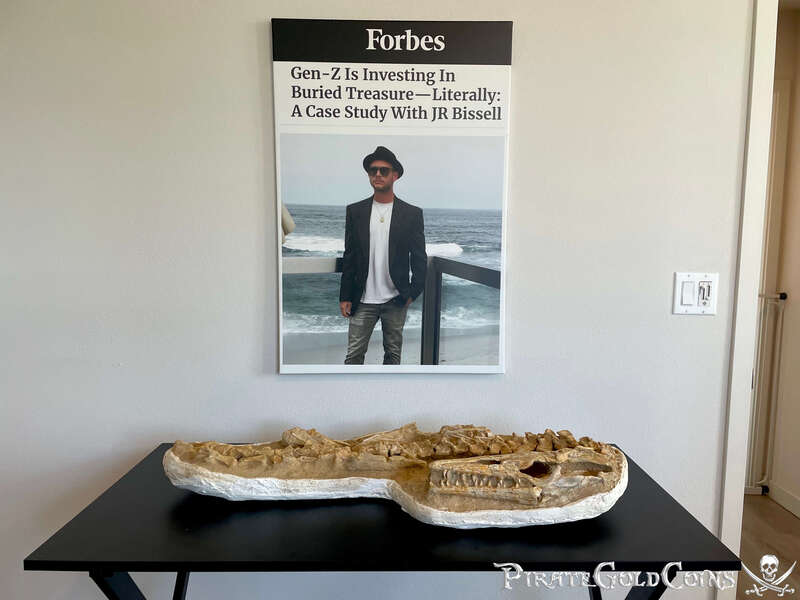 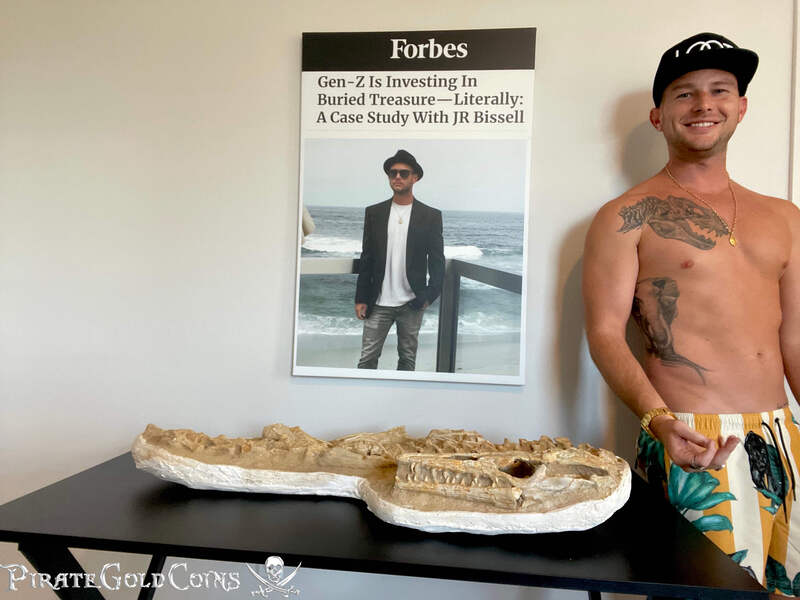 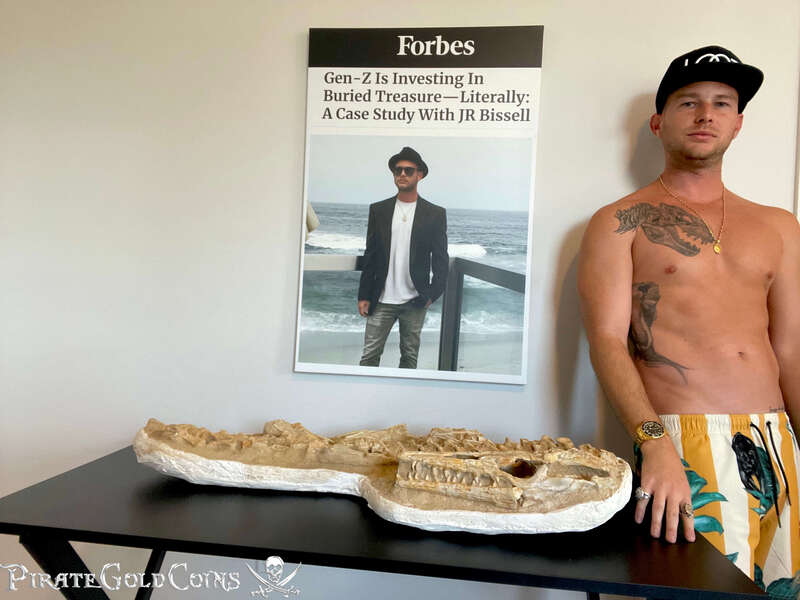 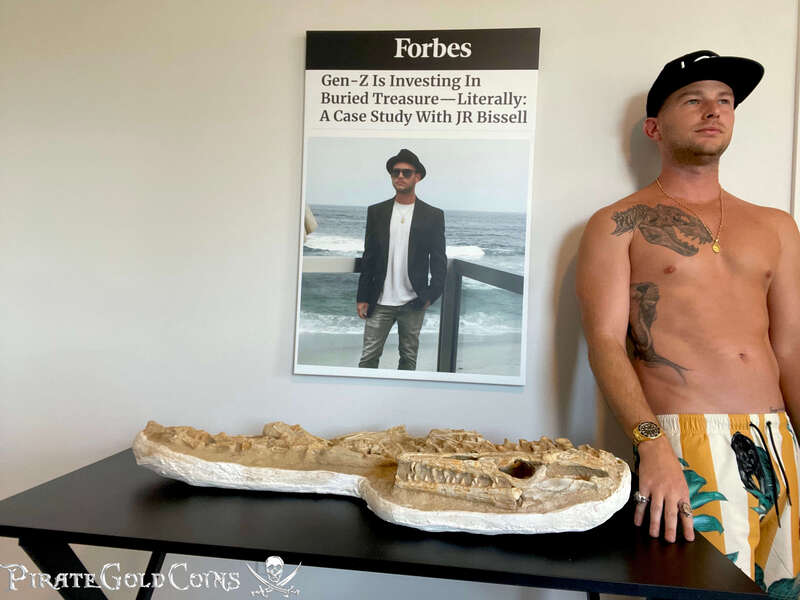